Ending subsidies: The story of the standoff between Aoun and Salameh

The head of state claims to be the victim of a major plot concocted by traditional political forces, including the prime minister-designate 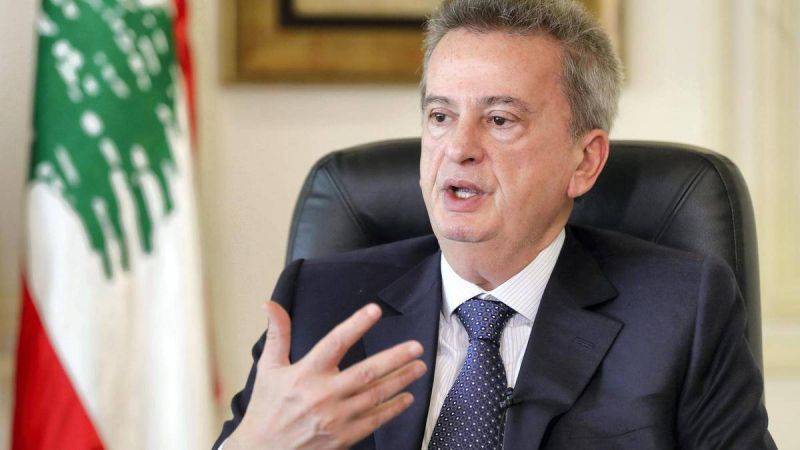 According to Western diplomatic sources, the head of state was previously asked to put an end to the central bank subsidies on essential goods such as fuel, but he categorically refused. Instead, Aoun asked Banque du Liban Gov. Riad Salameh to maintain subsidies in whatever way possible. He did not want the greatest social collapse to take place under his mandate.

Throughout meetings that have been held in recent weeks, Aoun continued insisting on the need to keep the subsidy program in place, even as BDL’s foreign reserves, which fund the program, have dwindled to a critically low threshold.

Much to the governor’s dismay, a compromise was reached in late June whereby [fuel shipments] would continue to be subsidized at a rate of LL3,900 to the US dollar until the end of September instead of at the official rate of about LL1,500, while the caretaker government worked on implementing a ration card program.

However, on the evening of Aug. 11, BDL dropped a bombshell, announcing in a circular the end of fuel subsidies. The decision was made public after a meeting of the Higher Defense Council in Baabda, under the aegis of the president and in the presence of Salameh.

The decision was taken by BDL’s central council the day before the Higher Defense Council’s meeting, which was not attended by caretaker Prime Minister Hassan Diab.

According to political sources, Diab also opposes ending subsidies. He explained his absence from the meeting by claiming that he had been in contact with someone who tested positive for COVID-19.

Sources close to the governor said Salameh had informed every one of his decision to end subsidies, including the president, and made the decision clear to the Higher Defense Council.

Given that no one rejected it, Salameh considered this an implicit endorsement. But he was wrong.

According to sources close to Salameh, Aoun’s silence was a trap intended to push the governor to announce the decision, which would be a reason to sack him.

Mikati is not to be trusted

Since the first day Najib Mikati was appointed premier-designate, Aoun was determined to fire Salameh.

Aoun asked Mikati to start working on this and have the BDL forensic audit implemented in a bid to hold the governor accountable for the financial collapse.

At the time, Mikati replied that Parliament had approved the audit and that all the parties were committed to it, but Aoun had his doubts about the premier-designate. Baabda sources said they believe that Mikati tried to sidestep the issue.

The head of state dug in his heels, while Salameh was questioned by the courts as part of a local investigation targeting him for embezzlement and illicit enrichment. Salameh is set to be interrogated a second time in September.

According to sources following up on the issue, Aoun is working on two fronts.

If Mikati does not commit to sacking the governor during the first meeting of the new government, Aoun would seek a court ruling that would inevitably lead to Salameh’s dismissal.

According to Western diplomatic sources, however, international players, namely the Americans, refuse to let Aoun have his way. Washington continues to support the governor and does not want to see his first vice governor, Wassim Mansouri, a Shiite, take over.

But Aoun found a legal solution to work around this problem, by appointing a Maronite interim governor as head of the central bank in the event of a court ruling is issued to dismiss Salameh.

At the same time, the cabinet formation negotiations continue. Salameh senses the danger. Aoun wants to corner Mikati to agree to impeaching the governor in exchange for the government’s formation.

All of these forces and others support the decision to end subsidies, arguing that subsidized goods are being smuggled into Syria for the benefit of the Syrian government.

Salameh was cornered. He smelled trouble and thus decided to turn the tables on Aoun by announcing the end of fuel subsidies.

Several sources close to Hezbollah and the president confirm that Salameh agreed on his decision to end the subsidies with Mikati and Berri.

But the premier-designate did not want his government to be responsible for the decision, passing the buck to Diab.

Sources close to Hezbollah indicated that Salameh’s decision and the agreement he had with Mikati are the result of coordination between the Americans and the French, who want to see an end to subsidies — a necessary evil for them. Other political parties also endorsed the decision, seen as the final nail in the coffin of Aoun’s mandate.

Sources close to the head of state say that Salameh’s move was a vindictive maneuver against Aoun and all his attempts to bring the governor to justice.

The same sources reproach Mikati for hoodwinking the president by suggesting that he was dealing with Aoun in good faith, when in reality he had secretly concluded an agreement with Salameh — a move that the president saw as a stab in the back.

Meanwhile, political sources opposed to Aoun say the president turned a blind eye to Salameh’s decision to end subsidies because he wanted to take advantage of the popular anger that such a decision would generate.

A few hours after the decision was announced, the governor sensed a coup coming. The head of the Free Patriotic Movement and the president’s son-in-law, Gebran Bassil, was quick to consider this move a putsch aimed at obstructing the government formation.

The next day, Aoun summoned the governor to the Presidential Palace and asked him to reconsider his decision. Salameh refused, saying this would require the passage of a law allowing him to tap into the central bank’s reserves.

According to the president’s sources, Aoun is convinced that several of his opponents are trying to tighten the noose around his neck. He decided to turn the tables on them by calling for an extraordinary session of the caretaker government, sending a message to Parliament on the need to sanction the governor.

Diab refused to hold the session. When Baabda issued the press release, Diab and Mikati agreed to turn down the president’s invitation — something that confirmed to Aoun that Mikati is not to be trusted.

“The president is exercising his powers as he sees fit. He claims that he is in a position to invite the caretaker government to hold an unconstitutional meeting, whereas previously he claimed he did not have the prerogatives to convene the same cabinet, which was then in office, to discuss the ammonium nitrate at the port. This could have saved Beirut from the devastating explosion,” former Prime Minister Fouad Siniora told L’Orient-Le Jour.

Aoun considers what is happening a major plot against his mandate on the part of all traditional political forces. He blames it on Mikati, the former prime ministers and Berri.

Sources close to Hezbollah confirm that the US asked Diab not to respond to the extraordinary session. “Don’t play the game,” Diab was told.

The head of state wants all of his conditions to be met, the first being Salameh’s dismissal during the new government’s first meeting. If he does not have it his way, Aoun will not allow the cabinet formation.

“The president is not serious about forming a government. If he wanted to see a cabinet formed, he would not have requested that the outgoing government meet,” Siniora concluded.

Ending subsidies: this is the decision the ruling power has been trying to avoid, while the opposition groups are pushing for it. It is the decision that President Michel Aoun wanted to avoid at all costs.
According to Western diplomatic sources, the head of state was previously asked to put an end to the central bank subsidies on essential goods such as fuel, but he categorically refused....

Jihad Azour, a serious presidential candidate away from the spotlight?

Fire in Syrian refugee camp, depositors take back funds, EU to provide grant: Everything you need to know...