The Shiite party finds itself increasingly isolated on the Lebanese political scene, which could make it more aggressive 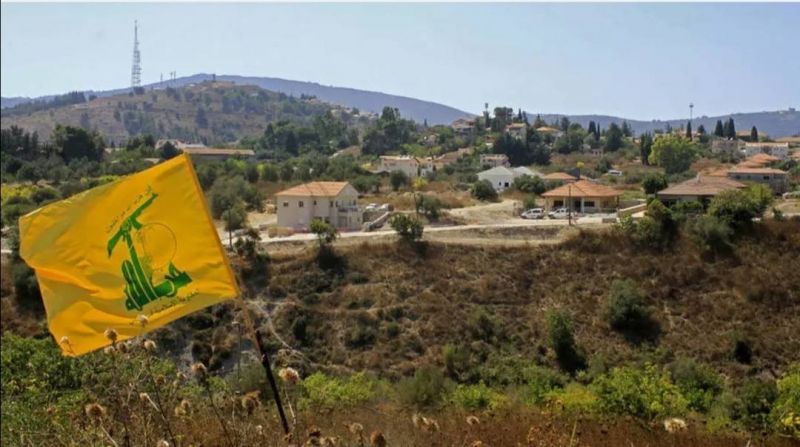 The question of Hezbollah was not at the heart of the thawra (“revolution”) and was diluted in the protests’ flagship slogan “Killun yaani killun,” Arabic for “All of them means all of them.”

Many protesters preferred not to attack the party head-on for fear of losing the support of Shiites or simply because they considered all of the political forces to be equally bad.

The uprising narrative about the causes behind the downfall of the land of the cedars also often relegated questions about the Shiite party’s role to the background, instead focusing on bankruptcy in the banking sector, rampant corruption among political leaders and the Ponzi scheme that was put in place by the central bank governor, Riad Salameh.

But the question of Hezbollah’s part in Lebanon’s woes has resurged strongly on two occasions: in the aftermath of the Aug. 4, 2020, Beirut port explosion and when the Shiite intellectual Lokman Slim was assassinated on Feb. 4.

These two tragic events were seen by many as a stark reminder of what the Shiite party is and the influence it wields in the country, or as confirmation that Hezbollah remains the main counterrevolutionary force — a claim that the party never failed to prove during the 2019 protests.

A year after the explosion, there is still no formal evidence of Hezbollah’s direct involvement in the blast. But for a significant portion of the population, there is a series of clues sufficient to point the finger at the party.

An investigation by the journalist Firas Hatoum that was broadcast on Al-Jadeed television at the end of January reported on the alleged involvement of three businessmen, who are dual Russian-Syrian citizens and are close to the Syrian government, in delivering the ammonium nitrate — the explosive material that caused the blast — to the Beirut port.

This suggested that the Rhosus, the ship that carried the chemical to Lebanon, was, since the very beginning, intended to dock in Beirut in a bid to transport the nitrate to Syria at a later stage.

At this point, it is only fair to state that it is highly unlikely that Hezbollah is not involved in the story for several reasons: first, the Shiite party maintains close ties with the Syrian regime; second, it was accused by Washington of possessing several ammonium nitrate stocks in Europe; and finally, the party allegedly maintains great influence in the Beirut port — something that is not completely proved for lack of cross-checked information.

So far, both the current lead investigator in the Beirut port explosion probe, Tarek Bitar, and his predecessor, Fadi Sawwan, have not implicated any of Hezbollah’s members in the case.

Bitar, however, has in his crosshairs General Security chief Gen. Abbas Ibrahim, who is close to the Shiite parties and former Minister and current MP Ali Hassan Khalil (Amal/Marjayoun-Hasbaya) and former Minister Youssef Fenianos, who is close to the (Marada Movement — both of whom were sanctioned by Washington because of their close ties with Hezbollah.

The Shiite party is clearly seeking to curb the investigation into the port explosion, as it did with the Special Tribunal for Lebanon in the wake of the assassination of former Prime Minister Rafik Hariri.

In his last speech, Hezbollah Secretary-General Hassan Nasrallah made thinly veiled threats against Bitar as if to send him a message that he was venturing into dangerous ground in his probe.

From 2016 to 2019, Hezbollah refrained from using hostile political rhetoric. It did not need to. Things have changed today — one proof of the party’s current state of nervousness. As it appears increasingly cornered, Hezbollah is resorting to the only weapons it has left: invective and violence.

It was probably this same logic that led to Slim’s assassination in southern Lebanon, in an area under the party’s control.

Slim’s murder was seen as a desire to silence the growing dissenting voices among Shiites who are questioning the party’s policies.

Hezbollah is facing gradual isolation on the Lebanese political scene — something that could push it to become more aggressive.

The pro-Iranian party is not crumbling. Hezbollah has all the means to remain dominant in a context that is much less favorable to it.

In recent years, however, the Shiite party has managed to bend the Lebanese political scene to its will and thus benefit from Sunni and Christian political cover, which allowed it to present itself as the master of the game without even having to resort to its militia methods.

The issue of Hezbollah, however, appears to have retaken center stage since the 2019 uprising and even more so in recent months.

This is evidenced by two recent incidents: first, the significant number of slogans calling for an end to the “Iranian occupation” on display during the anniversary of the port explosion and, second, the interception of the party’s rocket-launching truck by the residents of Shwaya, a predominately Druze village in the southern district of Hasbaya.

These developments indicate two major changes: the growing sense of hostility against the party, particularly among Christians, as evidenced by Maronite Patriarch Bechara al-Rai’s growing vindictive speeches vis-à-vis the party and the fact that a large portion of the population, which was once favorable toward the “resistance,” no longer justifies talk that everything must be sacrificed, including the country itself, for the sake of this cause.

If these dynamics continue, Hezbollah risks finding itself alone against everyone else on the Lebanese political scene. This is the main goal of the US strategy aimed at sanctioning all those who ally themselves with the party.

But it was Lebanon’s collapse that had a real impact on the Shiite party, whose main allies, the Free Patriotic Movement and the Amal Movement, are losing ground and are at one another’s throats.

The FPM is longer holding back when it comes to criticizing Hezbollah. Meanwhile, Amal remains loyal to the pro-Iranian party but only out of pragmatism — something that could change depending on the situation. One ought to remember how Parliament Speaker Nabih Berri distanced itself from his longtime Syrian patron in 2011.

Moreover, Hezbollah cannot count on the support of Saad Hariri and Walid Joumblatt, who, although they have been committed to preserving a modus vivendi with the party for years, remain fundamentally hostile to it.

Even civil society groups, or at least an element of them, are changing their rhetoric on this issue and are taking firmer stances than in 2019.

How will Hezbollah react to all these transformations?

Will the party step up its rhetoric and resort to militant means to silence the streets along the lines of Tehran’s proxies in Iraq?

The answer to these questions could depend in part on the parliamentary elections slated for 2022 — a decisive year that could usher in the beginning of change, or the triumph of despair.

If 2019 was the year of the popular uprising and 2020 that of the economic and financial crisis, it appears that 2021 is, so far, the year of the “Hezbollah problem.”The question of Hezbollah was not at the heart of the thawra (“revolution”) and was diluted in the protests’ flagship slogan “Killun yaani killun,” Arabic for “All of them means all of them.”
Many protesters...