Here’s what happened this week and what to expect today, Friday, July 23, and this weekend 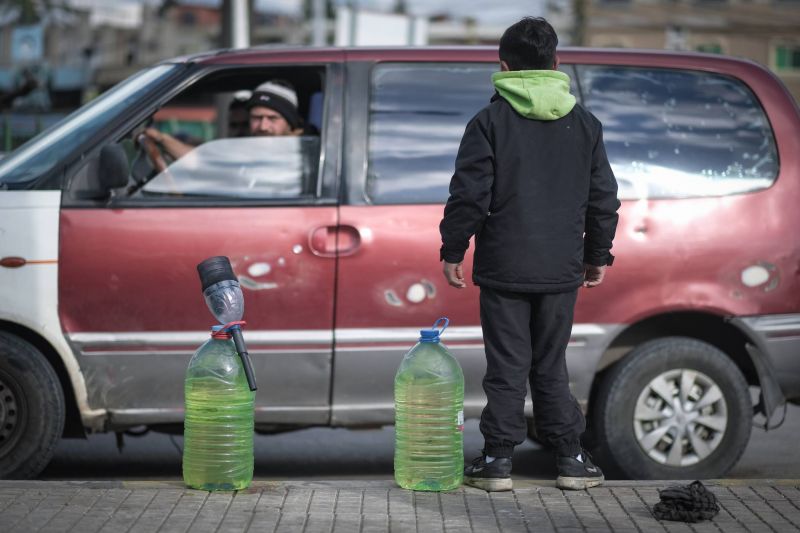 Fuel prices rose again this morning, continuing their steady ascent following the government’s decision last month to partially end fuel subsidies. The cost of 20 liters of 95-octane gas increased by LL2,600 to LL75,900; 98-octane gas rose by LL2,700 to LL78,100; and diesel rose by LL1,700 to LL58,200. A household gas cylinder now costs LL53,700. Lebanon’s residents have grappled with a sudden and steep rise in gas prices since the government announced that it would pay out fuel subsidy invoices to importers at a rate of LL3,900 to the US dollar rather than the official peg of LL1,507.5. Long gas station queues have become commonplace, while generator owners across the country have had to switch off electricity to ration diesel.

A family of five in Lebanon now spends more than five times the minimum wage on food for a month, according to a report from the American University of Beirut’s Lebanon Crisis Observatory. On average, a month’s worth of food costs a family of five at least LL3.5 million, while the minimum wage remains LL675,000. As the national currency has continued its sharp devaluation, the prices of basic food commodities required by Lebanese families increased by more than 50 percent in the first half of July alone, an analysis by the observatory showed. In just two years, the prices of 10 essential food items — including olive oil, bananas, tomatoes and sugar — have jumped by more than 700 percent. This is not to mention the cost of other basic household expenses such as water, gas and electricity, which has also shot up in recent weeks.

Diesel stocks across the country are running dangerously low, causing generator owners and oil distributors to ration supplies amid extensive state electricity cuts. The General Directorate of Oil announced on Wednesday that oil distributors in Tripoli and Zahrani would suspend diesel deliveries to preserve remaining stocks for emergencies and exceptional cases. Then, the private hospitals’ syndicate said yesterday that catastrophe loomed for several hospitals that risked running out of diesel to run generators. In the southern city of Saida, some generator owners reportedly asked subscribers to get rid of food items that require refrigeration in anticipation of increased outages due to a lack of fuel. The restaurant and bar owners’ syndicate also issued a warning that the shortages would force “tourist establishments” to close within 48 hours, citing the need for adequate electricity to ensure food safety at food and beverage outlets. Lebanon’s fuel crisis, which has disrupted daily life for months and now looks poised to unleash disaster, persists despite the state’s assurances that improvements are nigh and its meager attempts — including a partial end to fuel subsidies — to remedy it.

Lebanon’s COVID-19 numbers are again on the rise, with daily recorded cases exceeding 600 this week for the first time in months. The numbers are increasing amid worldwide concern about the spread of the virus’ highly contagious Delta variant. Meanwhile, walk-in appointments at select hospitals for the AstraZeneca COVID-19 vaccine resumed on Thursday for residents aged 30–49 after having been temporarily suspended last week due to safety concerns regarding the management of the crowds of people showing up for vaccinations. Additionally, caretaker Health Minister Hamad Hassan said Lebanon received 108,000 Pfizer COVID-19 vaccines this week, and another 291,250 Pfizer vaccines are set to arrive by Monday.

Parliamentarians are expected to reach a decision by tomorrow on whether to lift immunity from three sitting MPs, as per a request from the judge investigating the Aug. 4 Beirut port explosion. If approved, the request could pave the way for Judge Tarek Bitar to prosecute current MPs and former ministers Ali Hasan Khalil, Ghazi Zeaiter and Nouhad Machnouk for criminal negligence in connection with the blast. A self-imposed 15-day deadline to review Bitar’s request expires on Saturday. Earlier this week, 26 MPs from three parliamentary blocs — the Amal Movement, Hezbollah and the Future Movement — signed a petition to launch procedures under which Parliament would interrogate the sitting MPs, a move widely criticized as an attempt to circumvent the judiciary. In response, the families of the blast’s victims on Wednesday launched a social media campaign under the hashtag “Ammonium Nitrate MPs” to shame politicians who supported the petition. Even before the families launched their campaign, several MPs had withdrawn their names from the petition and more followed soon after its launch, including Sami Fatfat, Adnan Traboulsi, Dima Jamali, Nicolas Nahas and Salim Saadeh.

President Michel Aoun announced that binding parliamentary consultations to appoint a new premier-designate will be held on July 26. Consultations will kick off at 10:30 a.m. on Monday, with the president holding individual meetings with former prime ministers and then Lebanon’s parliamentary blocs. While there is presently no clear candidate to replace Saad Hariri, who stepped down as prime minister–designate last week, local media reports have indicated that former Premier Najib Mikati is being considered to form the next government. Hariri stepped down after failing to agree a cabinet lineup with Aoun over almost nine months.