‘We should be very worried’: Health experts sound alarm as Lebanon detects its first cases of the Delta variant 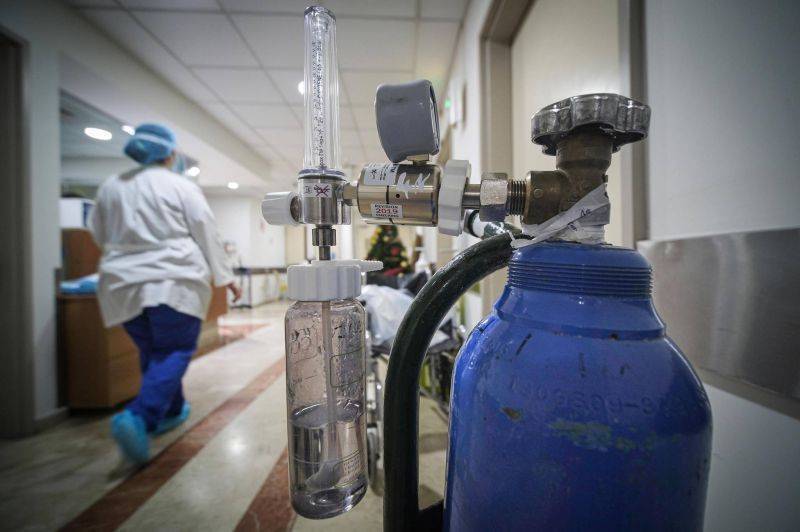 The head of the Rafik Hariri University in Beirut warned that with hospitalizations on the rise the COVID-19 situation in Lebanon is “not reassuring.” (Credit: João Sousa/L’Orient Today)

BEIRUT — Caretaker Health Minister Hamad Hassan said in a tweet Friday night that Lebanon has to date detected nine cases of the highly transmissible COVID-19 Delta variant, having earlier in the day announced the country’s first three cases of the infection.

The Delta variant is also thought to be more likely to lead to hospitalization.

All nine cases of the new variant arrived through the airport, Hassan said, adding that the Health Ministry’s epidemiological surveillance team is currently investigating the infections’ source.

One of the World Health Organization’s four “variants of concern,” Delta is now making up approximately 95 percent of new cases in the United Kingdom and 25 percent in the United States.

Researchers in the UK have also suggested that the new variant causes slightly different symptoms, such as headaches, a sore throat and runny nose — making it feel much more like a common cold.

“We should be very worried,” Jade Khalife, a physician specialized in health systems and epidemiology and a member of the Independent Lebanese Committee for the Elimination of COVID-19 (ZeroCovidLB), told L’Orient Today. “Delta can be more contagious and more severe.”

Earlier Friday, the head of the Rafik Hariri University in Beirut, Firass Abiad, warned that with hospitalizations on the rise the COVID-19 situation in Lebanon was “not reassuring.”

Since falling to 43 on June 26 — the lowest number in over 10 months — the number of coronavirus patients in intensive care across the country had risen to 57 as of Friday’s report.

It comes as the passengers continue to enter Lebanon from overseas with limited testing and quarantine restrictions, and as almost all businesses are operating freely and mask-wearing has become visibly less common.

Eid Azar, the head of infectious diseases at St George University Medical Center, more commonly known as Mustashfa Roum, cautioned in a tweet on Friday that health authorities are making the same mistakes of summer 2020, when the airport was reopened and restrictions were relaxed and cases began to creep up.

“A slight increase in cases in 2020 didn’t cause concern nor make us increase epidemiological surveillance, and what happened, happened,” he wrote.

In July 2020, the 7-day average for new cases shot up from 21 at the start of the month to 164 at the end, kicking off a coronavirus surge, which — exacerbated by the Aug. 4 port explosion — led to thousands of deaths.

Khalife also expressed concern over a repetition of past errors and health authorities’ failure to develop an effective “long term approach” or “better measures than late, yo-yo lockdowns.”

“We should be acting now, as if we already have a surge,” he continued. “Because when it arrives, it is too late to avoid much of the harm.”

The good news is that vaccines appear to be highly effective against the variant. UK-based research has found that the Pfizer-BioNTech and AstraZeneca jabs, two of the vaccines used in Lebanon, provide more than 90 percent protection against hospitalization from the Delta variant.

The Russian manufacturers of the Sputnik V, which is being offered in Lebanon’s private sector, also claim their vaccine is 90 percent effective against the variant. Data on China’s Sinopharm vaccine, 90,000 doses of which were donated by the Chinese Embassy, is limited.

Regardless of the vaccines’ effectiveness, protection against the new variant in Lebanon is limited by the slow rollout of the inoculation campaign. So far, only 10 percent of adults have been fully vaccinated.

Announcing the variant’s appearance in Lebanon, Hassan called on people “not to hesitate to take any available vaccine” as immunity among the population is “still insufficient.”

The outgoing minister also said the ministry’s COVID-19 committee will consider next week combining different vaccines and offering those aged between 30 and 50 a first dose of AstraZeneca and a second of Pfizer-BioNTech.

A recent study at Oxford University found that mixing these two vaccines is safe and triggers a strong immune response, and the German health authority has said it is preferable to mix the two rather than give a double-shot of AstraZeneca.

Khalife, who has been lobbying for months for Lebanon to adopt a “zero COVID” strategy to eliminate the virus, as the New Zealand government has done, said that the combination of low vaccination rates, lack of strategy and economic meltdown means the Delta variant could wreak havoc in Lebanon.

“Mistakes are being made by many countries by failing to contain and move towards elimination,” he argued. “But in Lebanon, given our ongoing crises and decreasing state capacity, these are particularly painful.”

BEIRUT — Caretaker Health Minister Hamad Hassan said in a tweet Friday night that Lebanon has to date detected nine cases of the highly transmissible COVID-19 Delta variant, having earlier in the day announced the country’s first three cases of the infection. First detected in India in October, the Delta (B.1.617.2) variant is estimated to be 40 to 64 percent more contagious than the...