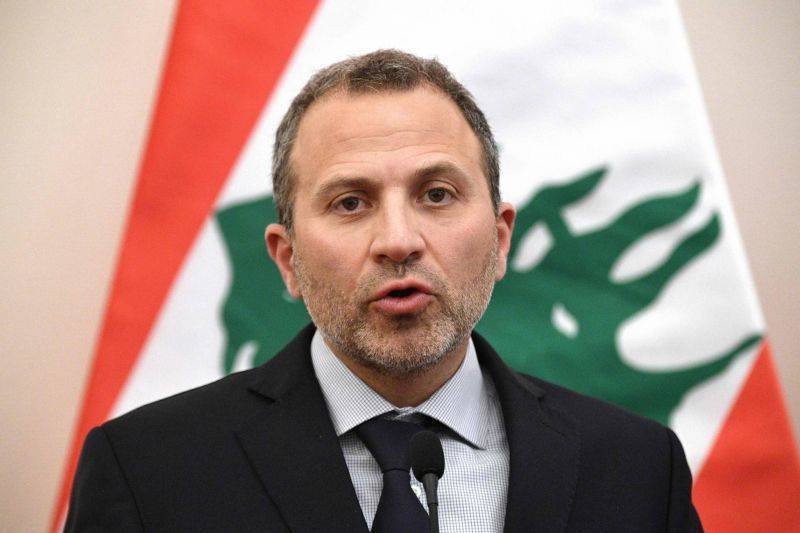 Talk about Christians’ rights in Lebanon wore out our ears long ago — ever since a bloody fratricidal war ripped through the Lebanese community, upended a vulnerable coexistence and prevented any long-standing reconciliation based on mutual trust.

Forty-six years later, this discourse has resurged and, with less than a year until the next parliamentary elections, is gaining momentum, conveyed in the alarming slogans of Gebran Bassil, the leader of Lebanon’s most populist political party. Meanwhile, the country’s leaders have never succeeded in debating the issue — or at least the future of a dysfunctional political system. These issues are far from the most pressing concerns of a population worn down by a never-ending economic crisis and currently denied its most basic rights.

Raising the specter of Christians’ rights in the face of a people experiencing terrible suffering? What nonsense from a man who represents himself as a Christian political leader — a leader despised by all the other Christian political parties in the country.

What disdain for a population awaiting answers — a population that has realized once again the extent to which the political caste in power feeds on confessionalism and threats of wars and security incidents once it finds itself in the slightest danger.

What do Christians’ rights mean today for a Lebanese woman, regardless of her religion, when she is unequal to men in the household, and is hardly provided justice in cases of domestic violence or divorce? What do they mean for a woman who cannot pass on her nationality to her children if they are born to a non-Lebanese father, and who is underrepresented in political and economic life?

What do Christians’ rights mean for the youth, who are being chased down for daring to revolt against and condemn corruption, injustice, poor governance and the confiscation of their money by the banks?

What will the current polemic over Christians’ rights offer to the victims of the criminal and catastrophic Aug. 4 Beirut port explosion and their families, who desperately demand the identification of the culprits behind the storage of 2,750 tons of ammonium nitrate just steps away from residential areas?

As the Lebanese state collapses, a merciless observation imposes itself: All human rights are violated on a daily basis, particularly those of the most vulnerable segments of the population, to the point that the face of Lebanon, which used to be a pleasant place, has now changed, with threats of violence, assaults and security incidents growing bigger in the face of widespread indifference from the authorities, who refuse to see, hear or act.

Never in the history of the land of the cedars have we seen so many children dressed in rags, left on their own, begging for a few lira to avoid going to bed hungry. It does not matter whether they are foreigners, refugees or displaced persons. The breakdown of the public and private education sector, which was once a source of national pride, has never been so near.

This is because the cost of tuition fees, books and transportation is now out of reach for tens of thousands of families, who are suffering from the fall of the lira, layoffs and unemployment. The risk that a rising number of students will be forced to drop out of school and work to help their parents has become high.

A long list of impoverished people are begging for aid from humanitarian associations — patients who cannot get medical care and treatment due to drug and medical supply shortages, foreign domestic workers who are left out in the street without resources by unscrupulous employers and people who are awaiting justice in cases often associated with the proliferation of arms among partisans.

It is an interminable descent into hell for a population brought to the brink, which can no longer see its quality of life decline while no one cares because human beings mean so little in this country. Christians’ rights, however, are well considered.

The younger people, joined by other segments of the population, are longing for more than these empty words. They aim to contribute to the emergence of a nation-state called Lebanon where justice and equality among citizens prevail under the sole banner of the nation’s flag.

They refuse to be identified as part of any of the country’s 18 religious communities. They refuse to repeat the mistakes of the past, and desire to build a future together despite their differences.

From Beirut’s Martyrs’ Square, to the various streets in the country’s north and south, they chanted the slogan of “Kellon yaaneh kellon” (“All of them means all of them”) during the Oct. 17, 2019, uprising. In other words, “down with all those who led us into this misery — Gebran Bassil and others.”

Talk about Christians’ rights in Lebanon wore out our ears long ago — ever since a bloody fratricidal war ripped through the Lebanese community, upended a vulnerable coexistence and prevented any long-standing reconciliation based on mutual trust.Forty-six years later, this discourse has resurged and, with less than a year until the next parliamentary elections, is gaining momentum, conveyed...