Subsidies as we know them are coming to an end, sooner or later. What could replace them? 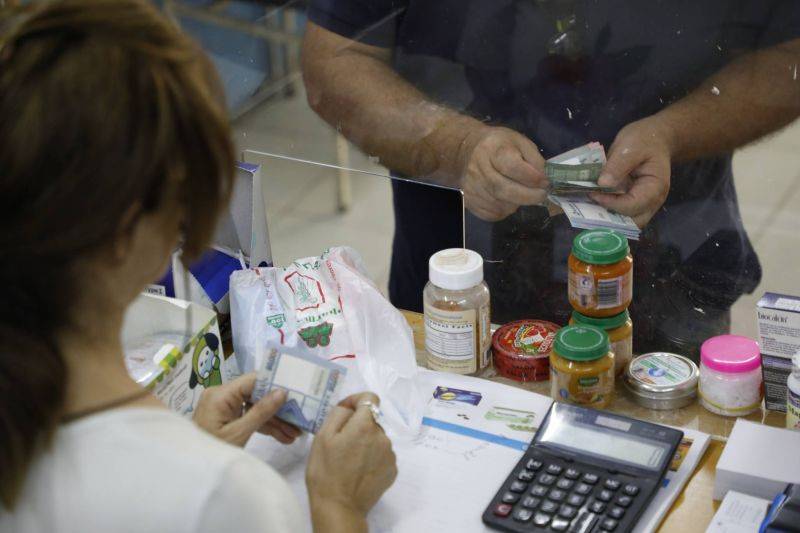 Prices of food and medicine are expected to spike with the removal of subsidies. (Marc Fayad)

BEIRUT — With dollar reserves quickly running out, a lifting of across-the-board subsidies on imported medicines, fuel and staple food items in Lebanon seems inevitable — but what will replace it is a matter of heated debate.

The International Monetary Fund, from which Lebanon is trying to secure a loan to help it get out of its financial morass, has advocated a move to narrower subsidies targeted at the poorest and most vulnerable members of society.

Meanwhile, others have called for the removal of subsidies to be the impetus for an overall strengthening of the country’s notoriously weak social support system.

Proponents say that direct subsidies or cash assistance to the poor would be more effective in reaching those who need it most than blanket subsidies on imports and would save the state money.

Lebanon has spent an estimated $4 billion on subsidies for basic goods in 2020, but according to one recent estimate, up to 80 percent of that amount has gone to benefit the wealthiest 50 percent of the population.

Jamal Saghir, an economist and former director with the World Bank Group, told L’Orient Today that the current broad subsidy, apart from being expensive, ultimately benefits the rich more than the poor because the rich have more purchasing power, resulting in a “problem of the poor subsidizing the rich.”

“It’s supposed to be helping the poor, but clearly it’s pro-rich and wasteful,” he said. “Therefore, a more efficient instrument to protect the poor and vulnerable would be either to target the poor properly … or eliminate the subsidy and compensate the poor with a direct cash transfer, if you have a clear list of people.”

But with a lack of reliable data on even how many people actually live in the country, developing an accurate database of those who should receive support is an uphill battle.

Assem Abi Ali, the general supervisor of the Lebanon Crisis Response Plan at the Ministry of Social Affairs, told L’Orient Today, “We are trying to have a scientific targeting of people. … It should be based on a solid database and solid structure.”

But, he said, developing a targeted subsidy program in Lebanon “is not something easy. It’s the hardest targeting ever, because in Lebanon we have secrecy over bank accounts, there is no census since 1932, the number of households is not known,” and the country is also hosting large populations of Syrian and Palestinian refugees.

The closest thing to a comprehensive list of needy households that the government has currently is a database developed under the National Poverty Targeting Program, which was launched in 2011 with funding from the World Bank.

The database includes about 150,000 households, of which some 15,000 are receiving food vouchers, Abi Ali said. But the food vouchers and other benefits provided through the program only reach about 4.5 percent of all households in Lebanon. And the list does not capture all those who have fallen into poverty over the last year as Lebanon’s financial system and economy have imploded.

Another project, the Inter Ministerial Platform for Assessment, Coordination and Tracking, or IMPACT platform, was launched in the spring, ahead of the distribution of government aid during the first COVID-19 lockdown. It aimed to produce a more comprehensive database of needy households around the country that could be used for distributions of cash assistance, but it has been slow to get off the ground.

Working with municipalities, the project produced a database of nearly 470,000 families, or more than 1.8 million people, who applied for assistance. But the platform was not actually used to identify recipients for the initial cash payments of LL400,000 distributed by the government beginning in April.

“The amount of money and resources available is not enough for all of these, and in the first place these applicants need verification because you cannot be sure if those applicants are really eligible for support,” Abi Ali said. “The verification is very time consuming, because you need to do a household visit” and fill out a detailed survey for each one, he said.

Instead, the recipient rosters were cobbled together using various lists, including victims of land mine explosions, taxi drivers and parents of public school students, as well as families on the NPTP database. Abi Ali noted, however, that 105,000 of the households from the IMPACT platform did eventually get COVID-19 payments a couple months later.

Abi Ali said the process of verifying the applicants is now underway, with two private companies contracted to make the necessary visits. Once verified, he said, they will be added to the NPTP database and will be eligible for future assistance, including cash transfers that could be provided under a World Bank loan that is currently under negotiation.

A broader overhaul of the social safety net

The issue of the subsidies has thrown into relief Lebanon’s lack of a comprehensive social safety system. The country has no unemployment benefits, no pension system for private sector workers and limited benefits for people with disabilities.

The current debate over subsidies can be “an opportunity to start setting the foundation for that more comprehensive and rights-based social protection system that the country clearly requires,” said Luca Pellerano, a senior social protection specialist with the International Labor Organization’s regional office in Beirut.

That’s particularly the case as poverty has swelled over the past year. A recent analysis conducted by the ILO and based on the Labor Force and Household Living Conditions Survey by the ILO and Lebanon’s Central Administration of Statistics found that nearly 55 percent of the population is now low-income — living on less than LL470,700 per month — and close to three-quarters of the population is “income vulnerable,” living on less than LL706,500 per month, Pellerano said.

Given the scale of the problem and the difficulty of doing in-depth assessments of the living standards of all needy families on a short timeline, he said he believes whatever support measures replace the subsidies should aim to cover the majority of the population, excluding only the top 20 to 25 percent in income.

“In a nutshell, what we think would be a possible solution is a set of quasi-universal social grants for families with children, older persons and persons with disabilities who are not protected by the existing social protection systems,” he said.

However, Pellerano acknowledged that there are some tricky questions to be addressed. Chief among them: where will the money for such a program come from?

“There is a risk that if it is financed by printing money, the inflation will very rapidly erode the value of these packages,” he said. Apart from that, he noted that there is the question of how to ensure support for non-Lebanese residents — including economically vulnerable refugees and migrant workers — who are currently benefiting from the subsidies along with the Lebanese.

What are the next steps?

The removal of subsidies is politically toxic; the threat of rising prices has already spurred protests. A parliamentary meeting on the issue last week descended into shouting without producing any result, and ministerial meetings have also not yielded a concrete plan, so far.

The clock is ticking, as Banque du Liban Gov. Riad Salameh has said that the central bank’s foreign currency reserves are only sufficient to continue the subsidies for another two months.

Saghir said that while the issue of subsidy reforms and a larger “substantial reform to the social safety net system” have been needed for a long time, decision-makers had postponed deciding on changes until they hit a crisis.

“It’s clear now they are working in panic mode because of the fiscal constraints,” he said.

Sami Halabi, the director of policy at think tank Triangle, told L’Orient Today, “It’s a reform that has to happen, because the subsidies are not sustainable. They weren’t sustainable before, and in the current context, they’re not sustainable at all.”

But Halabi said the shift away from across-the-board subsidies is also fraught with dangers — among them, the risk that politicians could use targeted subsidies to reward political supporters rather than to help the most vulnerable, or that the lists will otherwise be distorted by political considerations such as sectarian distribution.

“Once you dismantle the blanket subsidy program and start moving toward targeting … you’re not going back,” he said. “We’re going to live with this decision for a long time — probably a decade if not more — so we have to get it right.”

BEIRUT — With dollar reserves quickly running out, a lifting of across-the-board subsidies on imported medicines, fuel and staple food items in Lebanon seems inevitable — but what will replace it is a matter of heated debate.The International Monetary Fund, from which Lebanon is trying to secure a loan to help it get out of its financial morass, has advocated a move to narrower subsidies...