Presidential candidate Michel Moawad said that his "fight continues" and evoked his father, former president René Moawad, who was assassinated on Independence Day in 1989. 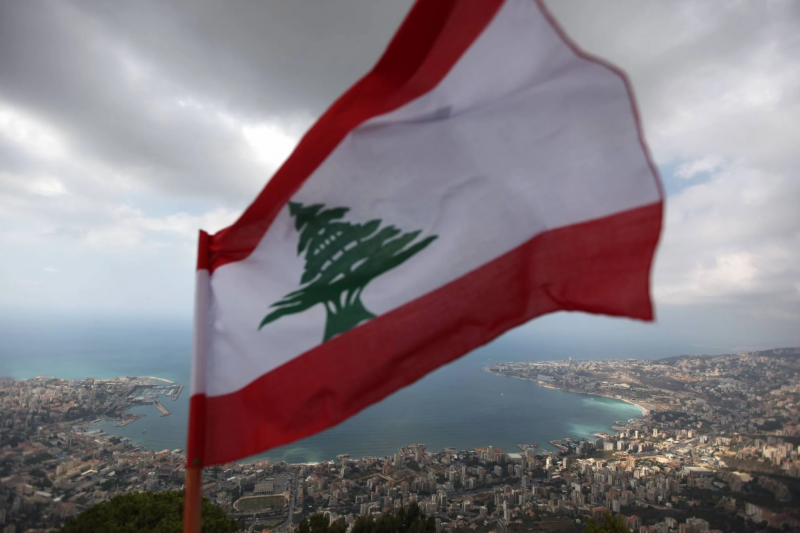 Since Nov. 1, Lebanon has been in a total political vacuum of the executive branch, without a president and with cabinet serving in a caretaker capacity. Following six parliamentary sessions devoted to choosing the next president, MPs have not yet succeeded in electing a successor to the former head of state Michel Aoun.

The presidential vacancy led to the cancellation of the military parade usually scheduled for Nov. 22.

"We all hope that the MPs will cooperate to elect a new president, to establish a new era of recovery and recovery," caretaker Prime Minister Najib Mikati tweeted on Tuesday.

"We will also continue the national and constitutional work that is required of us, convinced that independence is a daily struggle in all its forms," he added. Since May 22, his cabinet has been operating in a caretaker capacity as no new one has been formed. Parliament confirmed earlier in November that it could continue to do so following the departure of Aoun, who had unsuccessfully tried to have Mikati — who is also Prime Minister-designate — dismissed.

On the international side, the European Union's ambassador to Lebanon, Ralph Tarraf, "wished the Lebanese people strength" in a message on Twitter. "I hope that this period of political vacancy and economic instability will soon come to an end, and I call on Lebanese decision makers to urgently address this situation," he added.

Wishing the Lebanese people strength on their 79th Independence Day. I hope this time of political vacuum and economic instability will soon come to an end, and call on the ?? decision makers to urgently address the situation. #The_Time_To_Act_Is_Now pic.twitter.com/dXZZAkRg6r

Also on Twitter, the French ambassador to Lebanon, Anne Grillo, reaffirmed "the deep affection and constant commitment of France alongside Lebanon, its institutions and the Lebanese, to help overcome the various crises that hamper them." She also assured that she will continue to "work on a daily basis ... in the name of the historical ties that unite us".

Some public figures delivered wishes with a more political subtext as different forces at play in Parliament remain undecided on a presidential candidate.

Zgharta MP Michel Moawad, who has so far been the only one to garner the votes of several parties, paid tribute to his father René Moawad, a former president who was assassinated on Nov. 22, 1989 toward the end of the Civil War.

Mikati: Our goal is to elect a president as soon as possible

For his part, Jaafari Mufti Ahmad Kabalan, close to Hezbollah, stressed the importance of consensus and dialogue in Parliament, while some support the idea launched by Maronite Patriarch Bechara al-Rai of an international conference on Lebanon. "Independence means relying on Parliament as a reference to save the institutions of the state from the vacuum, away from the clutches of the outside. Independence means living together between Muslims and Christians and an absolute attachment to the finality of this homeland," Kabalan said, in remarks reported the state-run National News Agency.

Hezbollah and its allies regularly call for the election of a "consensus" president who would not harm its interests. The party's opponents, on the other hand, have advocated for a candidate who openly confronts the Hezbollah, including the LF and some independent MPs. Popular protest MPs are less united on the issue, and some have raised the possibility of voting for Michel Moawad at the next election session slated for Thursday, Nov. 24.

BEIRUT — Various political leaders and figures sent well wishes for Lebanon's 79th Independence Day, while international actors called on the Lebanese government to "urgently address" the country's severe economic and political crises.Since Nov. 1, Lebanon has been in a total political vacuum of the executive branch, without a president and with cabinet serving in a caretaker capacity....