A World Bank loan, a plea to TotalEnergies, and a new banking secrecy law: Everything you need to know to start your Wednesday

Here’s what happened yesterday and what to expect today, Wednesday, Oct. 19 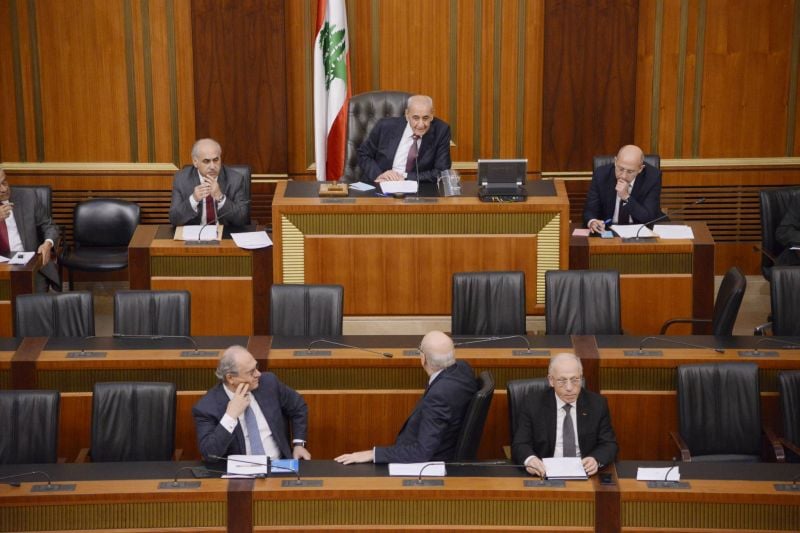 During yesterday’s session, Parliament approved a draft law designed to end the country’s banking secrecy practices. Though critics say the bill further obfuscates banking secrecy rather than eradicating it, the draft law will go into effect even without a signature from President Michel Aoun. Parliament also approved a loan from the World Bank that will finance nine months’ worth of wheat imports, according to caretaker Economy Minister Amin Salam’s estimate. Lebanon will repay the loan through Banque du Liban over 18 years, Salam added. Parliament also elected new committee members, with no significant changes apart from Forces of Change MP Ibrahim Mneimneh’s replacement with Al-Ahbash MP Adnan Traboulsi in the Finance and Budget committee. The Finance and Budget Committee is one of the primary committees tasked with reviewing reforms required by the $3 billion financial package by the International Monetary Fund. Progressive Socialist Party MP Hadi Abou el-Hosn and Free Patriotic Movement MP Alain Aoun were elected Parliament Secretaries. Amal MP Michel Moussa, Future Movement affiliated MP Abdul Karim Kabbara and Tachnag MP Hagop Pakradounian were voted into the bureau, tasked with ensuring committees receive proposals and bills. Another change to Parliament structure from yesterday was MP Michel Douaihy’s exit from the Forces of Change bloc.

“The drilling platform will be brought in 2023 to start exploration [in the Qana field],” announced a delegation from TotalEnergies, part of a consortium licensed to exploit offshore Lebanese oil and gas, according to a statement from the presidency. President Michel Aoun sought to make up for lost time spent in indirect negotiations, urging the French energy company to “quickly begin drilling in ‘Block 9.’” Lebanon and Israel reached an agreement on their maritime border delineation following extended indirect negotiations mediated by US envoy Amos Hochstein. Last Thursday, Aoun announced his official endorsement of Hochstein’s proposal and made similar pleas for TotalEnergies to expedite exploration. Nonetheless, Lebanon has yet to amend its official border claim with the United Nations, officially sealing the border deal. Free Patriotic Movement head Gebran Bassil yesterday reiterated an earlier claim from caretaker Energy Minister Walid Fayad that TotalEnergies would begin exploration as soon as negotiations conclude.

Ex-Customs chief Badri Daher, in his second year of detainment in connection to the Aug. 4, 2020 Beirut port blast investigation, has filed an appeal against Judge Suhail Abboud, head of the Higher Judicial Council (HJC) — which met yesterday without issuing any decision. Daher is among 15 or so detainees held without trial while delays in judicial assignments by the HJC prevent rulings on complaints against lead blast investigator, Judge Tarek Bitar. Abboud last week cited “political interference” for his boycott of a HJC meeting called by caretaker Justice Minister Henri Khoury to appoint an alternate judge in the blast probe to rule on detainees. Daher’s complaint against Abboud alleges the HJC head is obstructing the council’s work. While detainees’ relatives welcomed the proposed appointment, it was met with backlash from blast victims’ families and others who considered it politically motivated. The HJC head appointed a judge last week to rule on the complaints against Bitar after the previous magistrate assigned for the task, Judge Naji Eid, recused himself. The plaintiffs who filed recusal requests against Bitar also filed complaints against Eid — on whom no ruling could be issued before the Court of Cassation regains quorum — further obstructing the investigation.

Free Patriotic Movement head Gebran Bassil warned of “constitutional chaos” if no government is formed before the end of the month. If no successor to President Michel Aoun is elected by Oct. 31, Lebanon will face a total executive power vacuum. Lebanon’s current cabinet has been operating in caretaker capacity since May’s parliamentary elections. Following parliamentary consultations, Aoun designated caretaker Prime Minister Najib Mikati with forming the next government. However, disagreements between the two executive heads ensued and cabinet formation stagnated. “The presence of a president is fundamental to forming a government and not the other way around," Aoun said earlier in the month. The sitting president announced he would vacate the presidential palace by the deadline if he doesn’t detect any ill intent. However, Aoun has repeatedly cast doubts on the prerogatives of a caretaker cabinet in the event of a presidential vacancy. "We are surely heading towards a presidential vacancy," Progressive Socialist Party MP Marwan Hamadeh said after the second parliamentary session to elect a president did not reach quorum. Parliament is scheduled for a third election attempt Thursday, but there remains no apparent consensus among MPs on the next head of state.

In case you missed it, here's our must-read story from yesterday: “Lebanese youth react to government platform to fight unemployment by providing jobs in Qatar.”

During yesterday’s session, Parliament approved a draft law designed to end the country’s banking secrecy practices. Though critics say the bill further obfuscates banking secrecy rather than eradicating it, the draft law will go into effect even without a signature from President Michel Aoun. Parliament also approved a loan from the World Bank that will finance nine months’ worth of wheat...