The courage to be yourself: LGBTQ+ voices emerge from the shadows

Young filmmaker Omar Gabriel produced a series of short films, entitled A Letter to Myself, which share the daily lives of Lebanon's LGBTQ+ community. 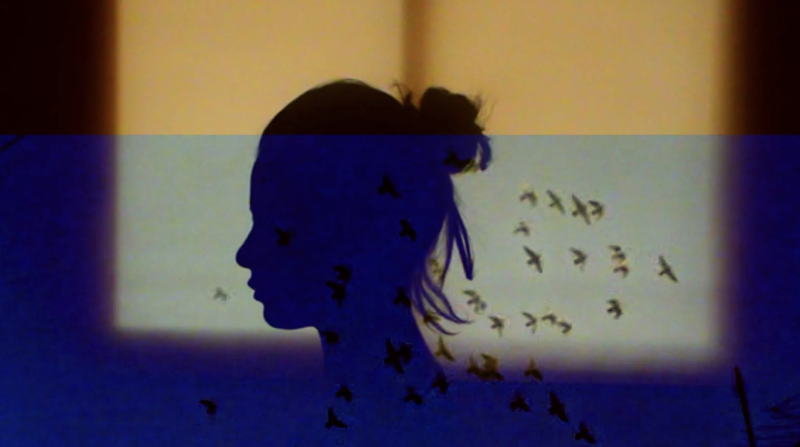 In the intimacy of a room lying between light and shadow, modesty and courage, the revealed and the concealed, seven young members of the Lebanese LGBTQ+ community lay bare their souls to the camera.

They dissect their feelings as they write letters to each other, heartrending in their honesty.

Without any desire for sensationalism or pessimism, and defying clichés and prejudices, young director Omar Gabriel and producer Cyril Bassil transcribed these small fragments of life, sparkling with hope.

What does it mean to be good?

A Letter to Myself is a concept inspired by a personal point of view and based on the idea of “how to be good,” as Gabriel explains.

“In our society, you are good if you conform or do what others want you to do. So, we are always that someone in relation to others, to their gaze,” he tells L’Orient-Le Jour. “On the other hand, we usually send a letter to say or confess something intimate, private, romantic, or tragic. And the letter was sent already.”

Your can also read

Gabriel says he wanted to delve into the intimacy of the person who sent the letter to themselves.

“After the explosion and the economic crisis in Lebanon … I asked myself: When are we going to start admitting that we are not doing well instead of always saying hamdellah (thanks to God) we are fine?”

“We, the LGBT community, are not doing well in Lebanon,” Gabriel continues. “We are always afraid of being attacked, of being violated. This letter … is therefore addressed to ourselves so that we come out of silence and say out loud that we are not doing well and try to express it to feel better,” Gabriel says. 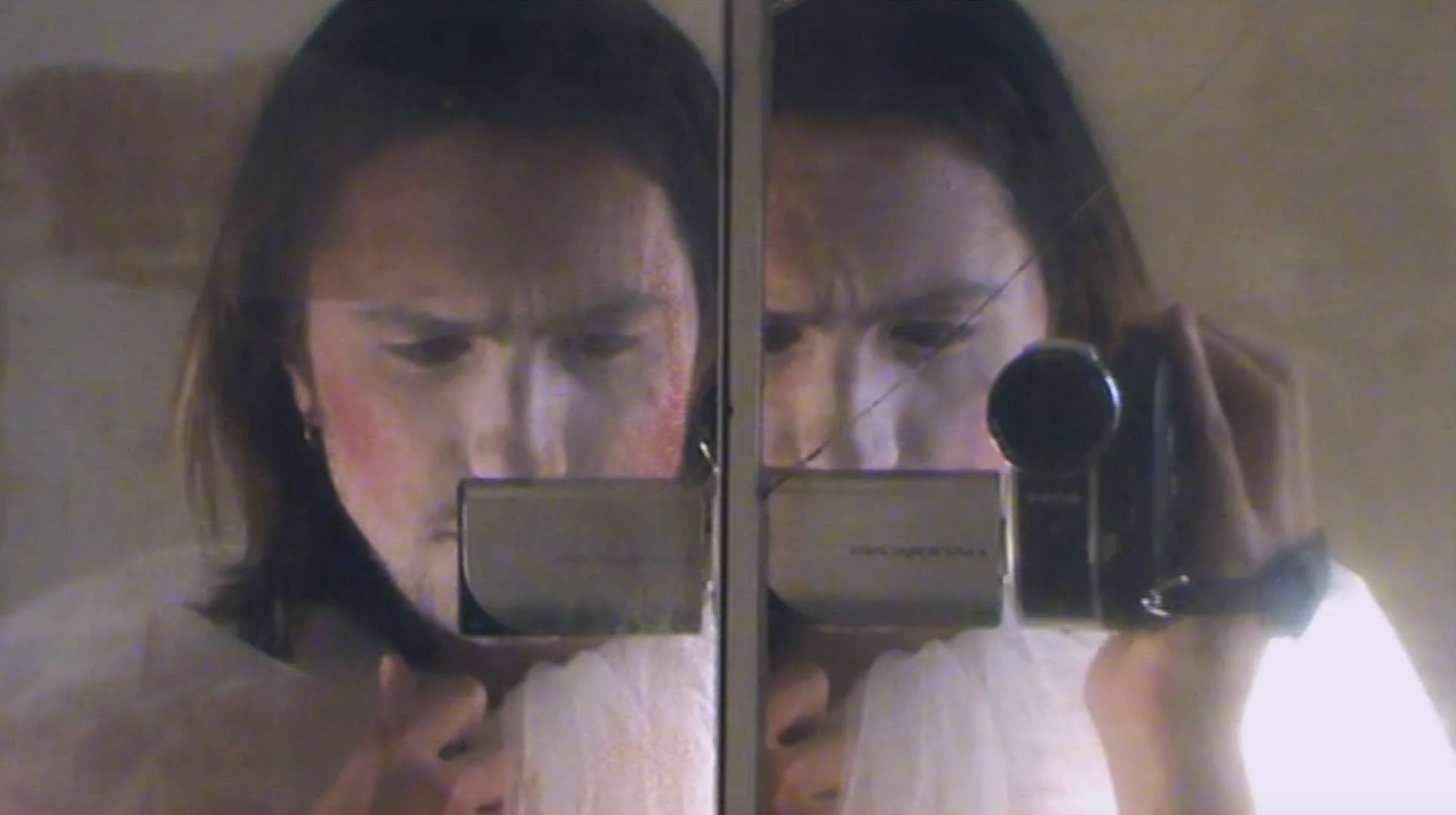 He goes on: “Psychological and emotional healing cannot happen if we have not managed to put words to our pain and everything that weighs us down, because the violence we have suffered has become a large part of what we have become. I wanted these short films to be moments of pause and reflection.”

Passionate about photography and visuals, Gabriel earned his master’s degree in cinema from the Institute of Scenic, Audiovisual and Cinematographic Studies (IESAV) in Beirut.

When Gabriel first met Bassil, the producer was working as a consultant and film editor.

“I had already produced a few films in the United States after my master’s degree and held various positions as a festival organizer in Lebanon,” Bassil tells L’Orient-Le Jour.

“I was quickly seduced by the rare artistic sensibility and cinematic identity of this 24-year-old filmmaker,” Bassil says of Gabriel. “He also had a remarkable way of telling stories. With COVID-19 and the uncertain future, Lebanese films, though high-quality, were difficult to sell. So, I thought we could move to a series format to address this and have access to as many viewers as possible. to tell these LGBT, nuanced, human, vulnerable stories and have it be accessible to everyone.”

A letter sent to every home

There was a need to create a mainstream project and put these stories online through Gabriel’s artistic lens.

“We have rarely seen this subject treated in cinema. Being still taboo in Lebanon, it is badly treated since people from the LGBT community are parodied or considered sick,” Bassil says.

The project was made possible by a close-knit and motivated team, including the Heinrich-Böll-Stiftung Foundation and other queer-focused NGOs.

For Gabriel, the difficulty lay in the Lebanese queer community’s reluctance to speak out.

“My entourage knew me and trusted me, but at the same time, some were a bit hesitant about the situation of the community. So, it was a bit of a long process to get them to ask how they wanted to be represented and in a way that would not affect them. Others did not hesitate to take the opportunity to come out of their silence,” Gabriel says.

For Bassil, the project presented a different type of difficulty: “It was a hard project because we were working in almost inhuman conditions. We must not forget that these people, after Aug. 4, 2020, were going through power and gasoline shortages, etc. ... They were exhausted and we asked them to face another problem. But, in the end, those who agreed to be filmed became partners and creators of this compassionate and authentic project.”

The films, posted online each week, recount the journey of people trying to find their place as human beings, without being marginalized based on their identities.

“In this documentary series, I want to show that, as a human being, I am more than a gender,” says Gabriel. “I go beyond this discussion of gender to talk about my complexity as a human person.”

“We are all complex creatures and art is the only platform that allows us to be open to others. It is the only place where all kinds of disciplines can be mixed and expressed artistically in a way that knows no limit. That’s why in my films, the mediums are intertwined. There is no flat, one-dimensional representation, just as gender and sexuality are complex. This is what I am trying to express through the voices of others who have agreed to join me on camera.”

For Gabriel, Lebanese society still camouflages identity at all levels, while the parents of LGBTQ+ youth are the first to fall into this trap. They see how queerness is represented in the media and are afraid to be open about the sexual orientation of their children.

“I didn’t want to meet violence with violence, but with love,” says Gabriel. “This letter is written without filters and without imposed criteria.”

“The presence of the two mothers in the series proves that our society is still patriarchal. It is the mother, the one who gives life …, who will open the way to change … If the parents sometimes act badly, it is because they do not know the pure reality ... They are shaped by the outside world.”

Cyril Bassil says he is pleased with the positive feedback the series has received.

“We have joined a very public arena that we were apprehensive about. We are already being approached by international platforms and festivals like Los Angeles, Paris and Berlin.”

This article was originally published in French in L'Orient-Le Jour. Translation by Sahar Ghoussoub and Joelle el Khoury.

In the intimacy of a room lying between light and shadow, modesty and courage, the revealed and the concealed, seven young members of the Lebanese LGBTQ+ community lay bare their souls to the camera. They dissect their feelings as they write letters to each other, heartrending in their honesty.Without any desire for sensationalism or pessimism, and defying clichés and prejudices, young...