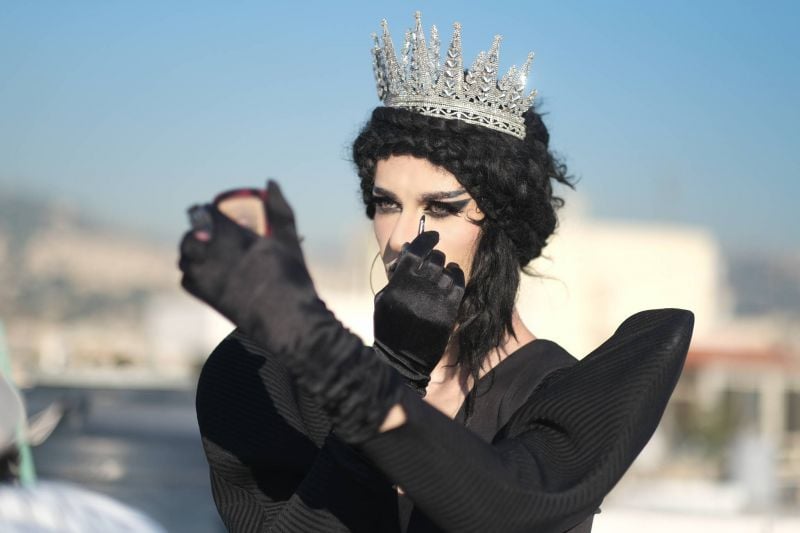 During an outing in Beirut, Zuhal looks in the mirror to adjust her makeup. (Credit: João Sousa/L'Orient Today)

BEIRUT — Only a few days after the Lebanese government once again cracked down on public displays of LGBTQ+ pride, Zuhal stood tall and proud, armored in her drag, out on the streets of her conservative Beirut neighborhood. Her towering figure, enrobed in a perfectly tailored black dress with exaggerated shoulders, met the disapproving gaze of the world around her. You could hear the click-clack of her suede high heels echoing in the reverberant old Lebanese houses as she trotted her usual tracks.

Beyond this little conventional corner of Beirut, fans of drag indulge Zuhal (the drag name of performer Zyad Ceblani) with adoration.

“I love being stopped for photos and compliments on the street,” Zuhal said of the Beiruti queer crowd’s reception of her. A few moments earlier, a fan had recognized Zuhal and helped her carry the three plates of food she was juggling back to her table. 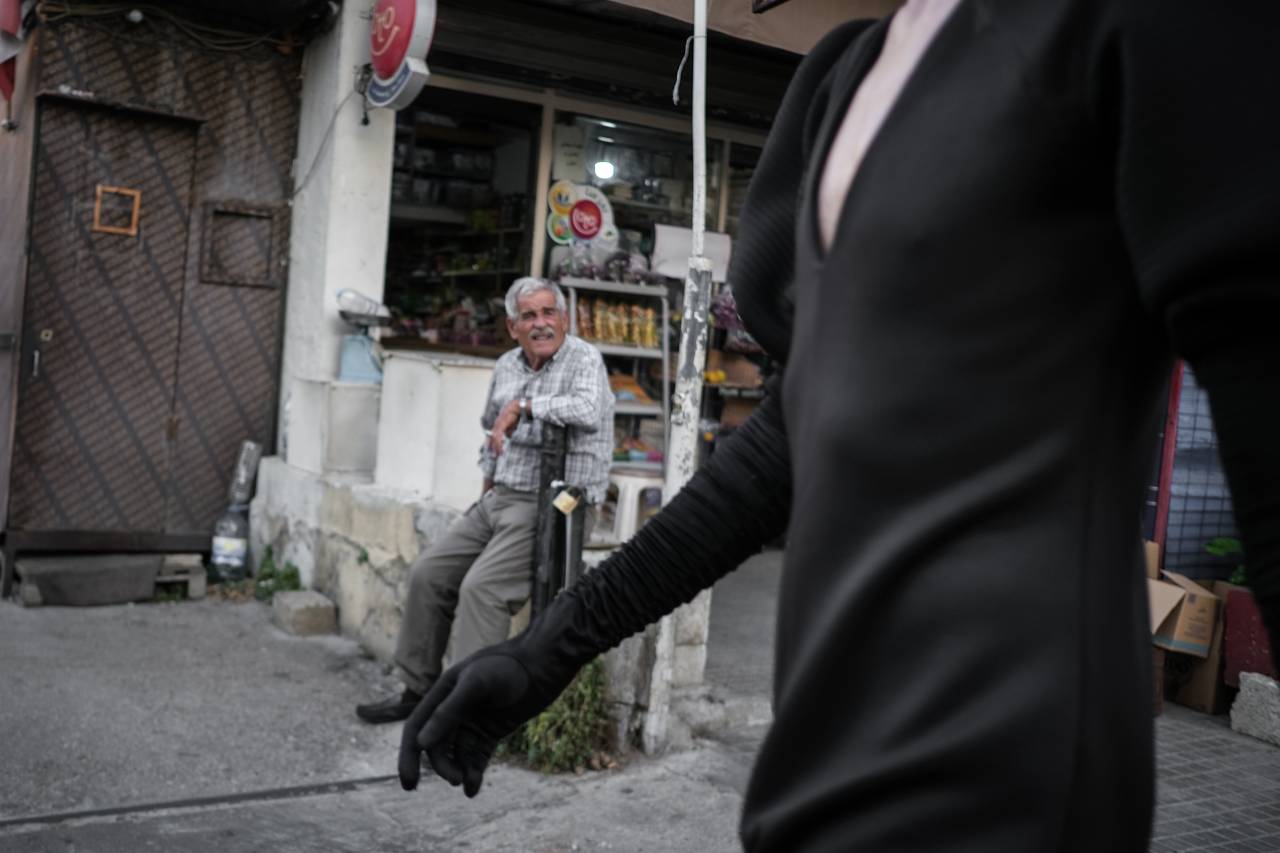 A neighbor looks on as Zuhal strolls through her Beirut neighborhood. (Credit: João Sousa/L'Orient Today)

Named one of the top 100 most influential performers pushing boundaries by Vogue World in 2019, Zuhal is a standout drag queen in Lebanon and the Arab world. Zuhal’s persona is distinctly recognizable by her quick-witted dry sense of humor and astrology motif. In honor of her online birth chart reading venture, she insists on introducing herself to the world through her big three signs: Pisces Sun, Cancer Moon, and Scorpio Rising.

Zuhal’s passion for astrology drove her to name herself after the ringed planet Saturn, which she considers “the most intense planet.”

Zuhal’s well-attended solo and group shows have become a staple of the Beirut drag scene. She prides herself on originating the widely used show structure: an ice-breaker, then a blend of standup comedy and lipsyncing numbers.

“I never had a plan; I followed my intuition, and ... everything aligned,” noted Zuhal when asked about the fortuitous pairing of her digital brand with her highly successful show on Vice Arabia, where horoscope reading blends into tongue-in-cheek comedy.

Drag is an art of extravagance, a medium of expression where an intense and politically-charged gender performance is accompanied by the glitz and glam of rhinestones, sequins, and feather boas. The term originated in the late 1800s after the act of dragging one’s petticoat on a theater stage. Back then, it wasn’t common for women to take up acting; thus, male performers commonly “put on their drags” to portray women onstage.

In the West, after decades of harsh police crackdowns on all kinds of “cross-dressing,” drag remained underground until the late 2000s when shows like Rupaul’s Drag Race normalized the art form in the mainstream zeitgeist. Today, drag queens have become a glamorized mascot for the LGBTQ+ community. They are coveted celebrities starring in television and film, headlining tours across the western hemisphere, and building highly commercialized merchandise empires. 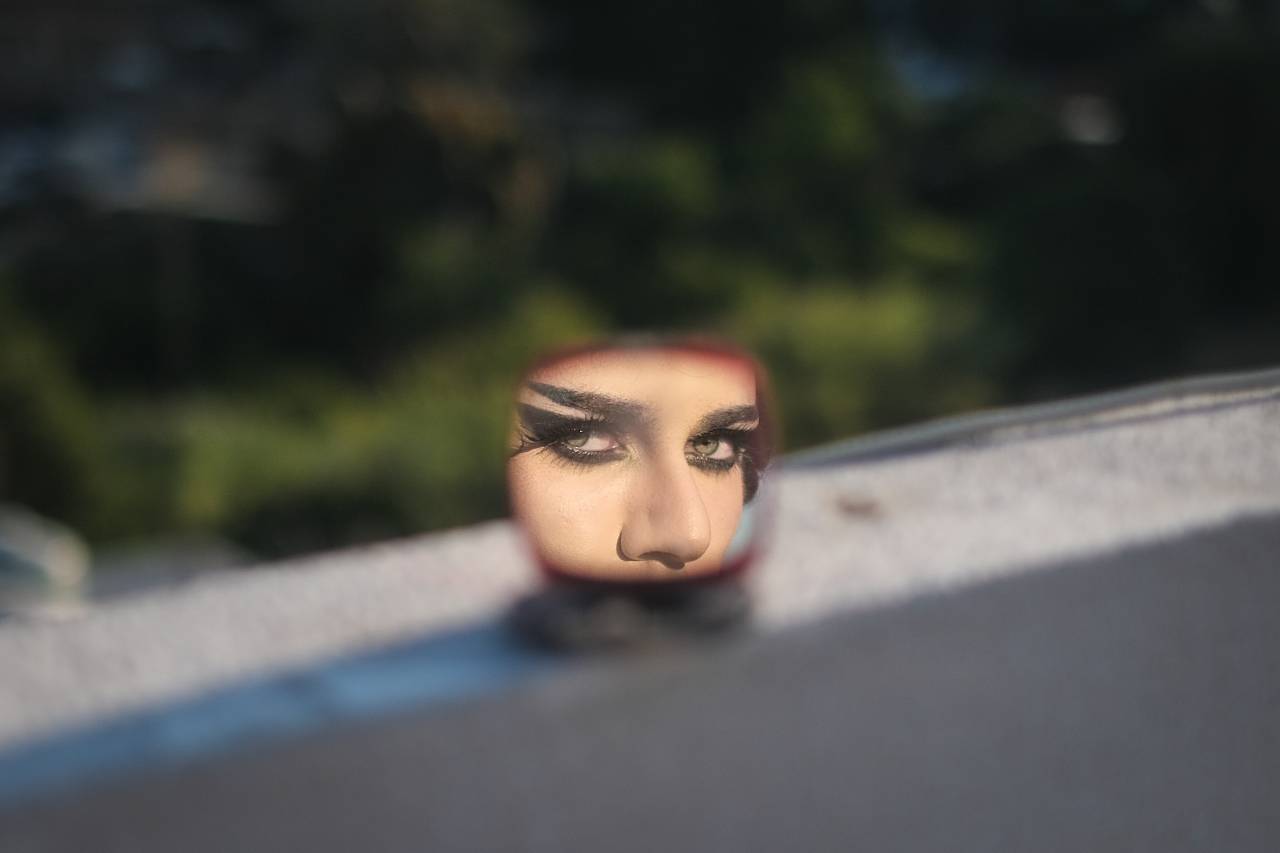 Zuhal looks in the mirror of her makeup compact. (Credit: João Sousa/L'Orient Today)

The development of drag in the East has taken a different path where most performers thrive in the nightlife scene away from the glaring reality of a largely homophobic society. In Beirut, drag queens animate LGBTQ+ gatherings with immaculately timed lip-syncing and zany comedy, adding glitz and glimmer to expressions of community pride. Though just as colorful and culturally opulent as its American counterpart, the Lebanese drag scene remains underground due to a general fear of societal and legal prosecution.

Zuhal didn’t appear out of thin air; the persona has roots in the artist behind it. As Ceblani recounted his life pre-Zuhal, he couldn’t help but crack a few smiles. (When in the persona of Zuhal, Ceblani goes by “she,” when out of drag, by “he”.) The shadows of nostalgia danced behind his piercing ice-blue eyes as he shared memories of his child-self lip-syncing to Shakira and Ziad Rahbani in his older sister’s skirt.

“Zuhal allows me to make peace with my inner child by reconciling my femininity and my identity as an Arab man,” Ceblani said, reflecting on his journey as an artist.

After graduating from Lebanese University with two degrees in cinema and performing arts, Ceblani pursued theater and improv for six years before gaining renown in the drag scene as the winner of the Beirut Grand Ball in 2019, a yearly drag competition hosted by Ego Beirut. When comparing the two phases of her career, Zuhal insists that drag is inherently more challenging than acting. In the burgeoning Lebanese drag scene, performers produce, manage and promote their shows, taking on the work of an entire team of professionals.

By that same token, drag opens untapped horizons for Lebanese artists. It allows them to channel their creativity in the limelight of a community that celebrates their difference and offers them a platform that remains inaccessible to thousands of young performers. When the sarcastic glamazon Zuhal took the stages of Amsterdam and London by storm in 2019, surrounded by adoring fans beyond Lebanon and the Arabic-speaking world, she recognized the transformative power that lies within her art.

“Drag was a high-risk, high-reward experience for me,” said the 28-year-old artist. 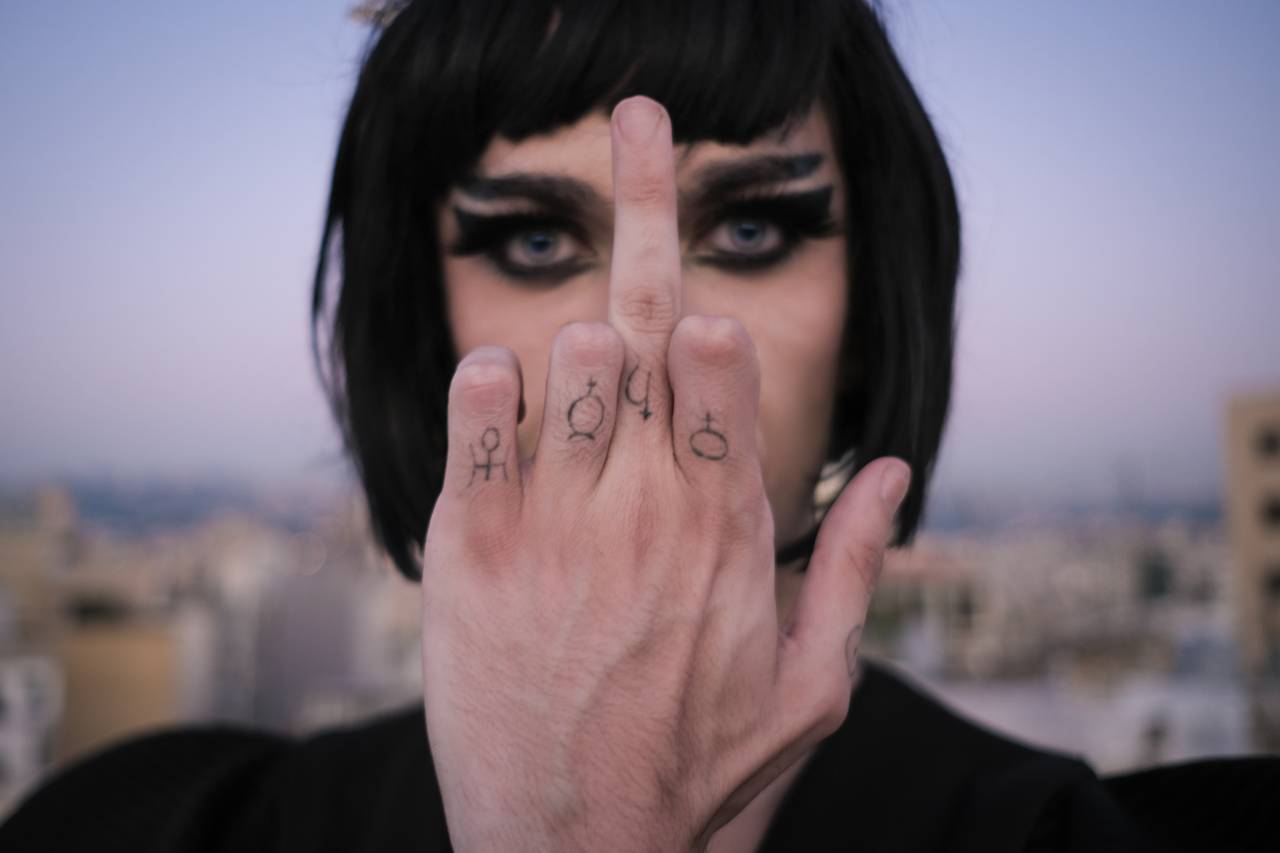 Many Beiruti drag fans felt the same way. For Nadim, a 22-year-old queer fashion stylist and creative, the Beirut drag scene was a haven that embraced him at a moment of self-reckoning. It empowered him to confront his pain, prejudice,and internalized self-homophobia and celebrate his lifelong affinity for heightened femininity.

“That night was so important and changing for me,” he shared over a cup of coffee.

Nadim’s face lit up as he recounted stories of his childhood fascination with the likes of Haifa Wehbe and Nancy Ajram of Lebanese divas. Beirut’s drag scene soothed the bitterness of an Arab “Macho Man” societal role he never fulfilled. It allowed him to bridge the gap between his queer and Arab identities and meld the two into one whole creative.

“It’s our struggle, and we’re dealing with it through our own culture and language, ” he said.

In recent weeks, Beirut’s safe queer spaces that embrace drag performers and fans alike have been targeted by Lebanon’s General Security under the orders of Interior Minister Bassam Mawlawi, despite there being no substantial legal pretext for outlawing LGBTQ+ gatherings.

Though LGBTQ+ inclusive bars, community spaces, and NGOs alike may face added hurdles in advertising their activities, most have sent a clear “come as you are” message of hope. Haven, a cultural inclusive feminist organization working at the intersection of art and activism, said in a public statement on June 25, 2022 following a visit from General Security that forced it to shut down some of its scheduled events, that it “will maintain its cultural events and the space will remain open,” reiterating their mission of “love, solidarity, freedom, and liberation.”

Despite the current hardships that the LGBTQ+ community in Lebanon faces, drag artists aim to bridge the gap between their community and the larger Lebanese society by demystifying their art form and the culture it represents. Zuhal has attempted to do so, for instance, by infusing the common lexicon with appropriately translated queer terms like “فن الجر” (the art of drag).

Beirut’s queens remain on a mission to show the world that queer is bold, beautiful, and authentically Lebanese and to offer their community a glamorous escape from the harsh reality of life, or, in Zuhal’s words “to take a break from being oneself.”

Correction: A previous version of this article misstated Ceblani's age as 27. He is 28.

BEIRUT — Only a few days after the Lebanese government once again cracked down on public displays of LGBTQ+ pride, Zuhal stood tall and proud, armored in her drag, out on the streets of her conservative Beirut neighborhood. Her towering figure, enrobed in a perfectly tailored black dress with exaggerated shoulders, met the disapproving gaze of the world around her. You could hear the...