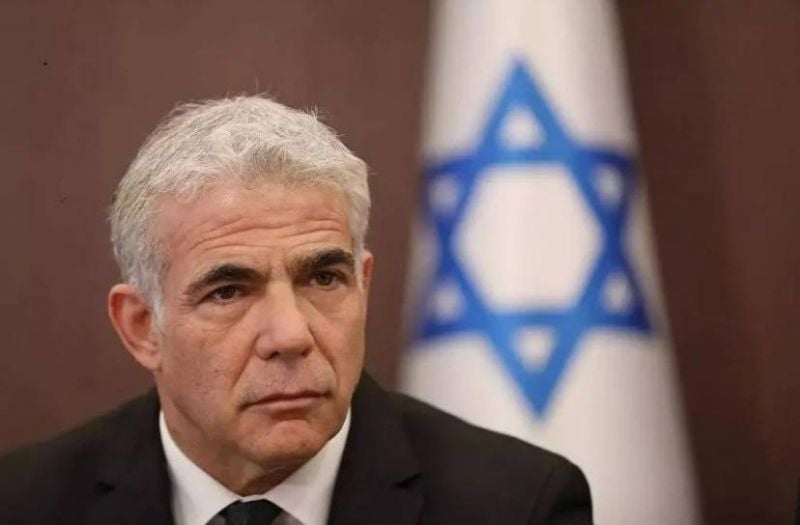 For his part, Deputy Speaker of Lebanese Parliament Elias Bou Saab said on Sunday that the changes that Lebanon will suggest to this proposal "will not be fundamental.” This optimism comes after the US envoy delivered the proposal to the officials in Lebanon Saturday, after intense indirect negotiations in recent months between the two sides.

Lebanese President Aoun, Prime Minister Mikati and Parliament Speaker Berri are scheduled to meet Monday at 3 p.m. in the Baabda presidential palace to formulate Lebanon’s answer to the US proposal, L'Orient-Le Jour's Baabda correspondent reported. It is unclear whether the three leaders intend on issuing an official answer after the meeting.

Lebanon and Israel have been negotiating for two years through the United States to delimit their maritime border and thus remove obstacles to the exploration and exploitation of offshore gas deposits. The Lebanese presidency announced on Saturday that it had received the latest proposal from the American mediator. The arrival last June of a gas platform on the Karish field, off the coast of Israel, and the military threats by Hezbollah following this advance of Israel on the file had put the talks back on track.

Hezbollah leader Hassan Nasrallah, hailed on Saturday the “important move,” welcoming the fact that “there is now a written text” on the maritime border. He added that “the coming days will be crucial.”

Also on Saturday, caretaker Lebanese Prime Minister Najib Mikati told L'Orient-Le Jour that “the atmosphere is positive” and that “an agreement should be reached soon.” This “could take place before the end of President Aoun's term of office” on October 31, he added. If concluded, the 10-page proposal would “have positive repercussions on other issues and especially on the presidential election,” Mikati said.

In his first reaction to these developments, Yair Lapid said Sunday that he had also received the US proposal and negotiated "the final details.”

“We cannot yet say that this is a done deal, but we can say that, as we asked from the beginning, the proposal fully protects Israel's security, diplomatic and economic interests,” Lapid said at his weekly cabinet meeting. “For more than 10 years, Israel has been trying to reach this agreement. The security of the north of the country will be strengthened. The Karish field will come on stream and produce natural gas ... We are not opposed to the development of an additional gas field in Lebanon from which we will receive our fair share,” Lapid added.

According to him, “such a stock [of gas] will weaken Lebanon's dependence on Iran, curb Hezbollah and promote regional stability.” Yair Lapid also noted that the offer is currently undergoing a legal review. “Once the review is completed, we will make a decision with Defense Minister Benny Gantz and former Prime Minister Naftali Bennett, in coordination with the government's legal advisor for discussion and approval,” he said.

The Lebanese and Israeli authorities did not reveal over the weekend the text of the American proposal. Lebanese sources told L'Orient-Le Jour that the Karish field would remain in the Israeli fold while Lebanon would get “the whole of the Qana gas field,” although part of it “exceeds” the future demarcation line between the two countries in the eastern Mediterranean.

Israeli authorities have stated that they want to start gas production as soon as possible on the Karish field, operated by the British group Energean. For its part, the French group TotalEnergies is expected to explore and exploit the field of Qana, a senior Israeli official following the case told AFP.

"Lapid gives Hezbollah a sovereign territory of the State of Israel with a huge gas field that belongs to you, Israeli citizens," the former Israeli Prime Minister Benjamin Netanyahu reacted Sunday in a video posted on social networks, without defining outlines of this "sovereign territory" in the waters bordering the two countries. "Lapid has no legitimacy to give to our enemies territories that belong to us (...) He did it without debate in the Knesset [Parliament] and without a referendum," he added, threatening not to "respect" a potential agreement.

Yair Lapid, is counting on the start of production at the Karish field to boost deliveries of Israeli gas to Europe, which is seeking to diversify its supplies. He decried the statements made by Netanyahu, his main political rival, who is campaigning for the Nov. 1 parliamentary elections. "Netanyahu, you have failed for 10 years to reach an agreement. The least you can do is not to undermine Israel's security interests and not to help Hezbollah with your irresponsible announcements," Lapid said.

According to a poll commissioned by the Israeli public channel Kan and broadcast this weekend, 43 percent of Israelis are in favor of a gas agreement with Lebanon, 16 percent are against and 41 percent have no opinion on the issue.

Commenting on this issue on Sunday, Bou Saab said in an interview with pan-Arab daily Asharq Al-Awsat that the atmosphere was “positive, more than ever.” He said he was waiting for an official Arabic translation of the agreement so that Lebanon could comment on it. Bou Saab noted, however, that it was necessary to make “modifications” to the American proposal.

“The modifications that Lebanon will propose will not be fundamental. The US ambassador said that the text is not final and can be modified,” Bou Saab said in the Sunday interview.

A source close to Nabih Berri said the proposal provides for the area granted to Lebanon to be delimited by Line 23, with Beirut gaining sovereignty over the entire Qana gas field, which extends southwards beyond the area bordered by Line 23.

According to the current proposal, the blocks of the Lebanese exclusive economic zone (EEZ) will remain intact, with no part of the zone granted to Israel. The area between the "line of buoys" and Line 23 should be declared a safe zone, but under Lebanese sovereignty, because it belongs to the Lebanese EEZ.

Beirut already indicated it was unopposed to this area being supervised by the United Nations Interim Force in Lebanon (UNIFIL), whose mandate would then need to be amended.

The proposal therefore reflects many of Lebanon's demands. However, in its response to Hochstein's proposal, Beirut will have to decide on the question of UN supervision of the safe zone.

BEIRUT — US mediator Amos Hochstein’s proposal on the maritime border between Lebanon and Israel "protects" and "strengthens" the latter’s interests, Israeli Prime Minister Yair Lapid said Sunday during a weekly cabinet meeting. For his part, Deputy Speaker of Lebanese Parliament Elias Bou Saab said on Sunday that the changes that Lebanon will suggest to this proposal "will not be...