The name of the former Prime Minister Saad Hariri comes up at every constitutional milestone, the latest of which is the appointment of the prime minister-designate 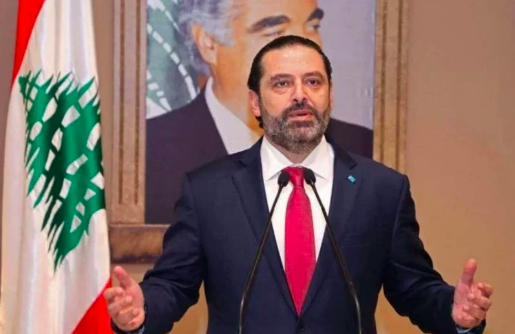 Lebanon’s former Prime Minister Saad Hariri announced several months ago that he would officially suspend his political career and left the Lebanese territory. However, the shadow of the Future Movement’s leader continues to loom large over the country.

Whether during May’s parliamentary elections or the binding parliamentary consultations held to appoint a prime minister, when his name came up where he least expected it, Hariri continues to be on the minds of key decision-makers.

He is wistfully remembered in some political circles, for the time he served as a driver of the political scene. A role he was able to play thanks to the modus vivendi between the Future Movement and Hezbollah, particularly the presidential settlement with Michel Aoun. These arrangements eventually got him into trouble with his former political sponsor, Saudi Arabia.

Although exiled in Abu Dhabi where, according to the last news, he holds a managerial position in an international firm, Hariri has been following up on the slightest fluctuations in Lebanese politics. He is informed on a daily basis by some of the very few men he trusts.

He who swore he is out of the arena — at least for the time being — and gave instructions to his party members to do the same in May’s elections, does not seem to have completely given up on a possible return as soon as circumstances allow. That is, if he can be rehabilitated in the eyes of Riyadh, which has reportedly ordered him to halt all public activities in Lebanon.

“Saad Hariri is already thinking about the future and is well aware that Mikati is at the end of his career,” said a figure formerly aligned with Hariri. This former companion of the Future Movement leader relies in particular on an indicator published in the Saudi Okaz daily newspaper, which is close to the kingdom, and which recently reported that although he is no longer in the good graces of Saudi Arabia, Hariri’s comeback “is not impossible.”

“Ahmad Hachimiyeh and Ahmad Hariri had bluntly declared war on us,” a former Sunni candidate backed by former Prime Minister Fouad Siniora said on condition of anonymity. The Future Movement’s objective was probably to block the way of the candidates who were formerly aligned with Hariri, many of whom had sided with Siniora, who was accused of trying to replace Hariri.

An incongruous vote for Saad

Saad Hariri’s name was mentioned during last week’s binding parliamentary consultations by his political opponent, Jihad al-Samad, affiliated with the Sunnis of the March 8 camp. The MP for Danniyeh surprisingly declared, without hesitation, that he had just nominated Saad Hariri for the post of prime minister. This is a surprising stance, to say the least, for someone from the opposing camp and who has always run himself on competing lists.

Samad stressed in his statement in Baabda that Hariri’s withdrawal has “upset the balance in the political arena,” before specifying that his vote was motivated by the fact that the former prime minister “has sustained an injustice,” in reference to being blacklisted by Riyadh.

Beyond this symbolic initiative, it was the unanimous vote by the independent Sunni MPs for Mikati that surprised everyone. MPs who were formerly aligned with Hariri and other Sunni independents agreed to designate the caretaker prime minister, Najib Mikati, who was appointed with 54 votes against Nawaf Salam, a former ambassador and judge at the International Court of Justice, who received only 25 votes.

Behind the scenes, there was talk that Saad’s aunt, Bahia Hariri, played an indirect role and made a huge effort to have Mikati reappointed. The independent MPs, however, denied any role for Bahia Hariri in this appointment.

“It is a pragmatic choice that we have made insofar as the current prime minister is already familiar with the pressing files,” said Bilal al-Hashimi, current Sunni MP from Zahle, formerly affiliated with Hariri.

“For them, Najib Mikati is the lesser evil,” said an analyst close to Dar al-Fatwa, Lebanon’s top Sunni authority.

Their choice, which partially weakened Salam’s chances, can however be interpreted as serving Hariri’s interest. “Najib Mikati is not a threat to Saad Hariri, if the latter wishes to return to the political scene, unlike Nawaf Salam,” said a former Sunni minister who stressed the “excellent relationship” between Mikati and Hariri at the moment.

This opinion is also expressed by the analyst close to Dar al-Fatwa, who believes that if Nawaf Salam were to break through and prove himself as his profile suggests, he would very likely grow more popular gradually. “Saad Hariri would therefore become a mere symbol in the eyes of some,” he added.

The rise of Nawaf Salam is particularly plausible, as in the history of Lebanese Sunni leadership, several prime ministers ended up imposing themselves and positively marking history without necessarily benefiting from a popular base at the beginning, said former Minister Rachid Derbas, citing Omar Daouk, Hussein Oueini or Khaled Chehab.

The test of Saida

On Sunday, a local event confirmed the view of many analysts who consider that political Harirism is over.

Lara Jbeili, a candidate backed by Bahia Hariri, whose husband is a prominent official of the Future Movement, ended up losing in the vote to elect a new president and board of the Makassed in Saida — an important philanthropic association long led by figures close to the Hariri family.

Eventually, Fayez Bizri, a member of a large political family in Saida, was elected along with four members of his eight-member list.

“While in the parliamentary elections, we could not really say that the Future Movement suffered losses because it did not present official candidates, this is no longer the case today with the defeat of a candidate publicly supported by Bahia Hariri,” said an analyst.

What Saad Hariri’s aunt feared most — namely a rehabilitation of the Bizris, a family of notables from Saida — has happened. The election of MP Abdul Rahman Bizri, who won by a landslide in May, and Fayez Bizri as head of one of the city’s most popular associations, has significantly weakened the chances of Hariri’s rehabilitation.

“While Bahia Hariri, who was for decades the cornerstone of the political game in this city, has suffered such a defeat, imagine what to expect elsewhere,” said the analyst.

Lebanon’s former Prime Minister Saad Hariri announced several months ago that he would officially suspend his political career and left the Lebanese territory. However, the shadow of the Future Movement’s leader continues to loom large over the country.Whether during May’s parliamentary elections or the binding parliamentary consultations held to appoint a prime minister, when his name...