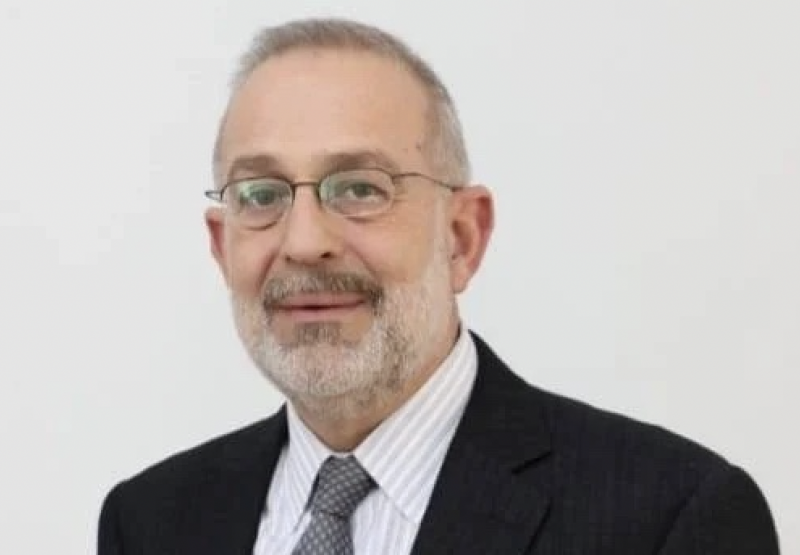 BEIRUT — When the votes were tallied after the May 15 elections, a number of opposition candidates who had captured the spotlight during the campaign season had secured seats in the new Parliament. Ramy Finge, who took a Sunni seat in the North II district, was among the protest movement candidates who got in, but unlike some of the others, he was not a household name before the elections — at least not outside of Tripoli — and not the star of his own list, which was headed by National Bloc candidate Camille Mourani.

Within Tripoli, however, Finge was known as a key player in civil society and in the Oct. 17 protest movement that began in 2019.

“On the 17th of October, we overcame the separation of districts and religious sectors in order to become one Lebanese family; something we were missing during the Civil War,” Finge told L’Orient Today.

Like many others in the new cohort of parliament, Finge, who was born in 1965, grew up during the Civil War.

“It was an ugly experience,” he recalled, noting that in the decade prior to the war, he had witnessed a Lebanon that was “beautiful, with peaceful coexistence.”

“The war impacted us pretty badly,” he said. “But our generation didn’t start it and would never start one now.”

It was during the war that his involvement in civil society began. He volunteered his time with the Red Cross, and played a part in the local civil society; however, he added that he was never part of “a political party or followed a leader. I was always independent, and this gave me freedom regarding my political initiatives.”

Finge says this made him “closer to people from other Lebanese districts, who were also struggling like me, regardless of their religious background” at a time when “political sectarian leaders were abusing these differences to create a bigger partition in Lebanon.”

Since the war ended, he said, he has been working to mitigate the divisions that it had exacerbated.

“This is what we’ve been working for as a civil, societal, or volunteering movement, to bring those districts closer,” he said. For his part, Finge regularly organizes interfaith Christmas concerts in Tripoli.

In the meantime, he studied to be a dentist, graduating from the Lebanese University in 1992, and then moving to France to study at University of Montpellier. After graduating in 1995 with a degree in orthodontics, he returned to Lebanon.

There, he opened a dental practice in Tripoli and continued to be active in civil society through the Red Cross and United Nations projects, as well as working on projects aimed at reconciliation between the formerly warring neighborhoods of Bab al Tabbaneh and Jabal Mohsen and providing aid to Syrian refugees in the Bekaa valley.

“He has a reputation for being someone who was not only active in the civil society, but also someone who was genuinely helping, reaching out to the neediest in the Tripolitan society,” says Jean-Baptiste Allegrini, a PhD candidate in political science at the University College London. Allegrini first met Finge in 2018 while he was researching local governance and the dynamics of clientelism in Tripoli. There, Finge helped him get acquainted with the different circles of the Tripolitan society.

Although Allegrini said that Finge was close to Ashraf Rifi, a former justice minister and Internal Security Services head who also won a parliamentary seat in May’s election, Finge told L’Orient Today that the only relationship between them was that he had been Rifi’s family dentist.

Finge was very active in the protest movement in Lebanon’s second city — among other things, he launched a soup kitchen called "Revolution Kitchen" — and his involvement landed him in trouble with the authorities at one point. In February 2021, after distributing food at a demonstration in Tripoli’s Nour Square he received a summons from the ISF.

“I told them that I had a written authorization from the Lebanese Army to do so,” Finge said. “And after it was clarified that everything was in order and within law.”

He believes that this was a form of pressure from political groups in Tripoli: “It was maybe to intimidate the revolutionaries. And this approach didn’t scare us and will never do. They were not aware that we don’t get easily intimidated.”

The incident garnered widespread media attention that gave him greater name recognition later when he ran for office.

“I think the revolution gave him probably a standing that he didn't have before,” Allegrini said. “I think he became known to a wider audience.”

Finge said that running for Parliament was a natural progression of his anti-establishment activism in the Oct. 17 thawra (revolution) and that he had found common ground with Mourani, who headed the list that he joined.

Finge was not the only newcomer in the elections in Tripoli, where the absence of Saad Hariri’s Future Movement — at least in an official capacity, as former Future members ran a list despite the party’s boycott — opened up space for new entrants and brought about significant changes to the parliamentary bloc. Along with Finge’s election as a new entrant from the protest movement, the election unseated incumbent MP Faisal Karami, the scion of a prominent political family, and brought other newcomers to Parliament.

The other new MPs in Tripoli run the political gambit: along with Rifi, who ran on a largely anti-Hezbollah platform on a list supported by the Lebanese Forces. Newcomers Elias Khoury and Jamil Abboud from the same list also won seats. The other newcomers included Taha Naji, who ran on the “The People's Will” list supported by pro-Hezbollah groups, and Ihab Matar and Firas Sallloum who ran on a list supported by the Jama'ah al-Islamiyah. Matar, a businessman who lived for many years in Australia, became somewhat notorious during the campaign after he distributed bags of bread with his name printed on them.

Only one incumbent MP — Mohammad Kabbara, who previously caucused with the Future Movement — was reelected in Tripoli.

Allegrini noted that Hariri’s withdrawal had created some space for candidates like Finge who “we would not have expected to be there” and that the National Bloc-backed list that Finge ran on “Revolt for Justice and Sovereignty” was able to capitalize on the opening because it was more organized and serious in terms of its program than many of the others. Furthermore, Allegrini said the win was made possible by the anger and discontent in Tripoli against the political class, in addition to Finge’s reputation in the northern city.

“I think it's a conjunction of all these events. And he is not badly elected. If you look at the numbers he has nearly the same number of votes as Kabbara,” he said. Finge garnered 5,009 preferential votes, versus 5,023 for Kabbara.

Rasha Bissar, a resident of Tripoli said that she’s known Finge for years — he was even her dentist when she was a child.

She voted for him, she said, because, “ I know that he is a good person, and that he is not prone to corruption…I felt I could vote for him in good conscience.”

Although she trusts Finge personally, Bissar added, “I wish his list had a clearer plan or roadmap to get the country out of the crisis. I do feel that he lacks political experience, but I hope he will be able to learn on the job, from more experienced independent MPs.”

Finge said his priorities in Parliament include transferring more authority to local governments “in the financial and bureaucratic sectors,” and the elimination of sectarianism and the implementation of article 95 of the constitution, added after the Taef accord, which would eliminate sectarian quotas and distribution in political offices and government employment in Lebanon.

Finge said he wants to return the depositors’ money to them but is against the idea of the collateralization of the State’s assets in the form of a sovereign wealth fund.

“Of course, our concern is not to let the government’s deposits or gold be sold,” he said. “We want to hold on to them, because they are what is remaining from the country’s infrastructure.”

He addressed rumors that he would form a coalition with Rifi, saying that he was firmly a part of the 13 protest movement-affiliated MPs in Parliament: “We resemble one another, and we are working together.”

As for photos of him that circulated on social media of a meeting with Rifi, Kabbara, and Matar, Finge said the MPs-elect had all responded to an invitation to take part in the Friday prayer in a local mosque.

As for the upcoming parliamentary consultations for the appointment of prime minister, Finge said there has been no decision yet as to whether the 13 protest movement-linked MPs will endorse someone for prime minister or whether they will nominate someone from their own caucus. For his own part, Finge said he wants someone who was not associated with past corruption, “Someone who is patriotic and has clean hands, and who equally represents all the Lebanese people from all religious sectors, to be able to contribute to a country that is just, and who can resemble Lebanon in 2022.”

As for where Finge will fall politically in the new Parliament, Allegrini said, “So I would imagine him to be rather progressive. I don't know how far he goes in terms of seeing Lebanon as a secular state. And I'm not sure that he wants a fully secular state, but I think he's much more progressive than many other deputies.”

BEIRUT — When the votes were tallied after the May 15 elections, a number of opposition candidates who had captured the spotlight during the campaign season had secured seats in the new Parliament. Ramy Finge, who took a Sunni seat in the North II district, was among the protest movement candidates who got in, but unlike some of the others, he was not a household name before the elections —...

Feeling lost in the weeds when looking at the different lists of the protest movement? Here are some tips...

Candidates who have 'withdrawn' after the deadline can still get votes

Paula Yacoubian: Examining the record of the only independent MP to win a seat in 2018

Bushra Khalil: From Saddam’s lawyer to TikTok sensation. Can she finally win a seat in Parliament?

#6 Charbel Nahas, portrait of a “hardliner”

Which candidates made it onto party lists ahead of Lebanon's parliamentary elections?