The Parliamentary Speaker will be re-elected, but he has done everything to avoid being ‘elected badly.’ 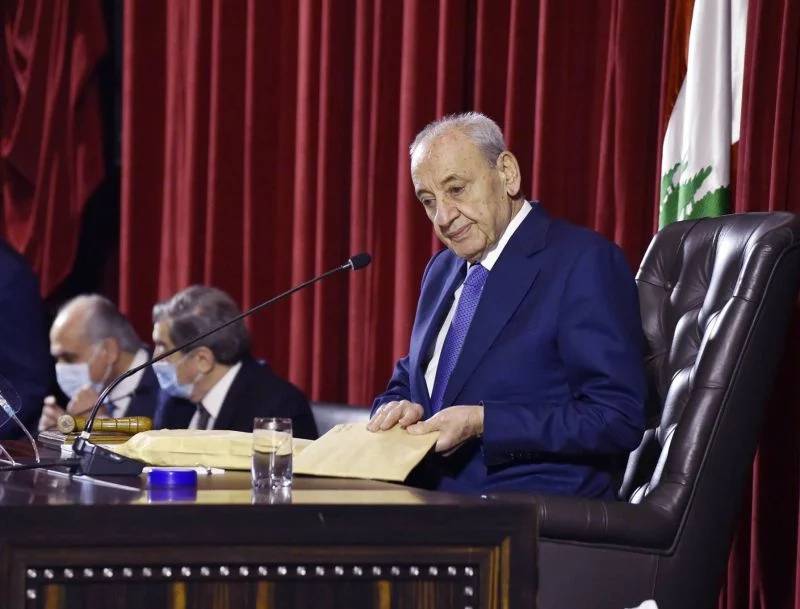 As soon as the results of the legislative elections of May 15 were announced, Berri felt a change in the wind. (Photo: Lebanese Parliament Flickr account)

These past few days bring to mind scenes from 2005. Rafik Hariri had been assassinated a few months earlier, the Syrians had been forced to leave the country and Nabih Berri was no longer untouchable, at least for a moment.

For the first time since 1992, his accession to the speakership was not a foregone conclusion.

His throne was challenged by his worst enemy, Michel Aoun, but also by the West, led by France and the United States, who saw him as a residue of Syrian domination in Lebanon.

In his memoirs, Berri recounts that he entered into a fierce battle” with French Ambassador in Beirut, Bernard Émié, and his American counterpart Jeffrey Feltman.

“I challenged them to remove me and impose their will on the Lebanese,” he wrote — a version of events that should be taken with a grain of salt.

At the time, the name of Yassin Jaber was mentioned both at home and abroad. The then-Amal MP enjoyed a good reputation and was in the eyes of many a better candidate for house speaker than his leader.

But bypassing Berri is no easy feat.

“The morning of the Parliament session, Yassin Jaber called us to say that he would rather not leave his house to face off against Nabih Berri,” said a Western diplomat who wished to remain anonymous as he was serving at the time.

The Amal leader, who rallied the Future Movement and the Progressive Socialist Party behind him, was elected in the first round with 90 votes.

No one among the Shiite MPs dared challenge him then, and no one will dare to do so today.

Seventeen years later, Berri is reliving this nightmare, only worse. It is no longer the West that wants his head, but the two main Christian parties, the FPM and the Lebanese Forces, as well as MPs associated with the protest movement.

Unsubdued, the Parliament speaker is nevertheless more isolated than ever: Future Movement head and former Prime Minister Saad Hariri is out of the picture, and PSP leader Walid Joumblatt, his partner, must remain at equal distance from opposing sides.

As soon as the election results were announced, Berri felt the winds change.

He called to congratulate all newly elected MPs, one by one, and to welcome them to Parliament. The old lion knows how to play the game: he seduces, he marks his territory, and occupies the ground.

“He told everyone he was running for the speakership,” said one of his closest advisers.

He quickly bounced back. At least in appearance.

Hezbollah and Amal have the largest Shiite representation in Parliament.

The party has no intention of proposing a name other than Berri. Meanwhile, his main rival, General Security chief Gen. Abbas Ibrahim had withdrawn from the legislative elections. His turn has not yet come.

Constitutionally speaking, Berri can be elected in the third round of voting, even with a dozen votes. His reelection is a foregone conclusion, but three rounds of voting would be a blow to his prestige.

How could one of the most powerful men in the country for 30 years accept being elected without an absolute majority? How could he accept to be elected without Christian support, he who has always been a staunch defender of sectarian balance?

Like no other, Berri has mastered the art of Lebanese politics.

He knows how to unblock impossible obstacles, to find common interests between adversaries, to haggle over the sharing of the cake of state in such a way that all parties come out feeling, more or less, a winner.

He works hard to avoid affronts. He knows Geagea will not budge.

The LF leader wants to position himself as Hezbollah’s main opponent and cannot give in to such an essential point.

The key lies in the hands of Bassil, the man who called Berri a baltaji (thug) a few years ago.

“We are not forced to vote for Berri,” the FPM leader said, suggesting that the door is not completely closed.

Why would he give Berri such a gift? Aoun vowed to defeat the pillars of the Taif Agreement, which Berri perfectly embodies.

Bassil, the president’s son-in-law, has been at war with the Amal leader for six years, though he ended up allying with him for the legislative elections.

The FPM leader cannot stand Berri, a feeling the Speaker of Parliament reciprocates. But both men need each other.

Hezbollah no longer tolerates the dissensions weakening its camp. The pro-Iranian party has taken matters into its own hands, but convincing Bassil is not an easy mission.

The FPM leader has not mentioned the presidential elections, as his position is too fragile on this front, yet he does not wish to content himself with the deputy speaker position.

In return for his cooperation, Bassil is demanding the formation of a politically affiliated government, as opposed to a cabinet of technocrats, and the dismissal of Banque du Liban Gov. Riad Salameh, Berri’s protégé, before the end of Aoun’s mandate.

This is too much to ask, at least for the moment. Berri prefers a Lebanese-style compromise.

He should be able to count on the three Tashnag MPs and several Aounist MPs, such as Ibrahim Kanaan, Elias Bou Saab, Alain Aoun, Simon Abi Ramia, or Edgar Traboulsi — a number that should be sufficient to boast of “Christian legitimacy.”

At 84, Berri knows he is fighting one of his last great political battles. Not only to preserve his throne, but also to defend his legacy. He has set himself an objective at all costs: to outlive Aoun politically.

Nothing would please him more than to watch from his perch as the president leaves Baabda.

Aoun had to wait for the third round of voting to be elected in 2016. Berri does not want to experience the same thing.

That is why he delayed convening Parliament for as long as possible; the House will finally meet Tuesday.

“I bend,” the Amal leader told his close associates a few days ago, “but I do not break.”

This story was originally published in French in L'Orient-Le Jour, translated by Sahar Ghoussoub

These past few days bring to mind scenes from 2005. Rafik Hariri had been assassinated a few months earlier, the Syrians had been forced to leave the country and Nabih Berri was no longer untouchable, at least for a moment.For the first time since 1992, his accession to the speakership was not a foregone conclusion.His throne was challenged by his worst enemy, Michel Aoun, but also by the West,...