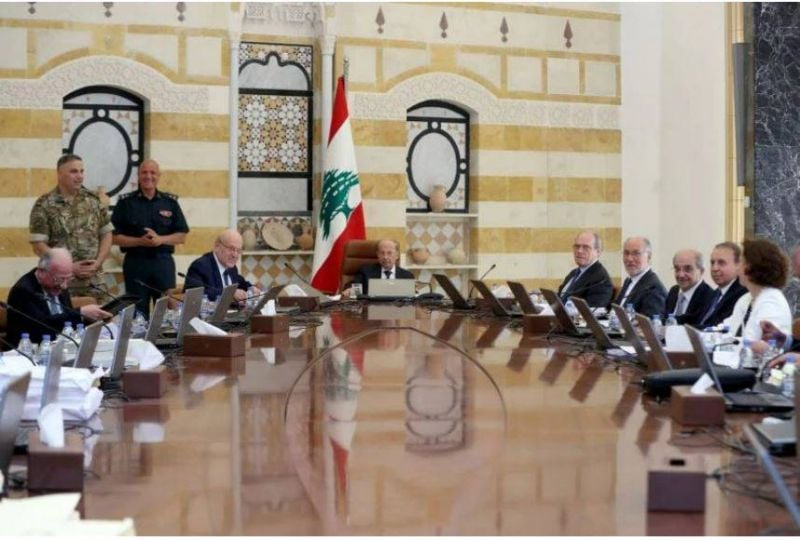 BEIRUT — Et tu, Brute? Telecom Minister Johnny Corm has finally succeeded where his predecessor, Mohamed Choucair, had failed in 2019. Telecom tariffs are set to become the first casualty of the government abandoning the official peg for a more appropriate, market-determined rate.

Corm announced with much fanfare that starting July 1, telecom operators Alfa, MTC and Ogero will boost their lira tariffs. For Alfa and MTC the increase will be fivefold, as old rates will be adjusted lower by 67 percent and then multiplied by the Sayrafa rate. This means that a $100 invoice, equivalent to LL150,000 when calculated at the official rate of LL1,500 per US dollar, will increase to LL796,667 (about $25 when calculated at the current parallel market rate). As for Ogero, the increase will average 2.5 times across their product offering, and corporate clients will experience the largest increase.

The decision came at the last cabinet meeting before the government, come May 22, will be reduced to a caretaker status, with limited decision-making power.

While the decision will surely be unpopular with telecom customers, Corm said that the increase in tariffs is critical to keep the grid from completely collapsing. He explained that annual revenues in the sector dropped from $1.4 billion to $70 million after the lira lost more than 90 percent of its value, while the bulk of the expenses, at $295 million, is paid in fresh US dollars. He said once tariffs are introduced the ministry is forecasting revenues will rebound to $350 million and the sector will post $50 million in profits.

Count your blessings that the Finance Minister decided to withdraw increases in the customs tax from the agenda of the last cabinet meeting. The government probably realized it could be the straw that will break the camel’s back.

Telecom tariffs were not the only casualty of a weak lira this past week.

Inflation is everywhere. The Central Administration of Statistics released Friday the Consumer Price Index, which showed a month-over-month increase of 7.1 percent, and year-on-year increase of 206.24 percent. A closer look at the index’s sub-components reveals that communication prices have only increased by 162.9 percent since October 2019, but this will clearly change starting in July.

And what are Lebanese officials busy doing while Rome is burning? They are squabbling over who got the most preferential votes and who controls the largest parliamentary majority.

The fact that the lira is close to trading below LL32,000 to the US dollar, is lost on them. The only reaction has been the knee jerk decision of the central bank to extend Circular 161 again, this time not only for one month but for two, until the end of July. While the circular may have been working for its intended purpose in the first two months after its release, now it is not.

The difference between the parallel market rate and the Sayrafa rate, a measure of the success of the central bank’s intervention strategy, continues to widen and stands as of this writing at LL8,000 per US dollar.

The central bank is out of bullets and out of touch with reality. The only reason behind its insistence on renewing circular 161, is probably to buy time until the capital control law and the government plan are approved by Parliament.

And that brings us back to the economic recovery plan and the Financial Sector Rehabilitation Strategy (FSRS) that were approved by the cabinet on Friday. The plans seen by L’Orient Today are not too different from the leaked version published in April, but for one significant change: the removal of the $100,000 minimum deposit guarantee.

The approved plans state that protection for small depositors will be accorded to the “maximum extent possible”; however Prime Minister Mikati in his speech later in the evening stated that the government has agreed with the International Monetary Fund to secure deposits up to $100,000.

The documents also distinguish between solvent and insolvent banks. They state that the minimum guarantee will only apply in case the bank is deemed solvent. Otherwise the amount paid back to depositors will depend on each bank’s financial health.

While the plans have been approved by the government, final say rests with the Parliament. And if the recent election results tell us anything at all, it is that squeezing water from a stone will be easier than getting laws through.

On a more positive note, Lebanese-born Rima Abdul Malak was appointed as France's new Culture Minister, and Health Minister Firas Abiad confirmed that Lebanon until now is still free from the monkeypox virus.

BEIRUT — Et tu, Brute? Telecom Minister Johnny Corm has finally succeeded where his predecessor, Mohamed Choucair, had failed in 2019. Telecom tariffs are set to become the first casualty of the government abandoning the official peg for a more appropriate, market-determined rate.
Corm announced with much fanfare that starting July 1, telecom operators Alfa, MTC and Ogero will boost their...