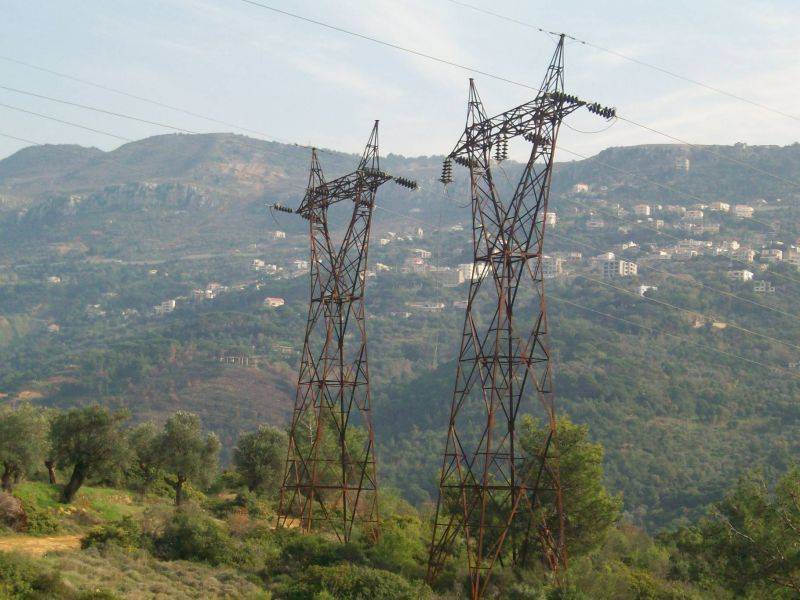 Debt related to Lebanon’s energy and electricity sector represents more than 40 percent of its sovereign debt, while residents of Lebanon endure less than two hours of electricity from Electricité du Liban (EDL). This predicament stems from multiple causes: corruption, mismanagement, absence of reforms, the ‘mafia of private generator operators’ and political games within successive cabinets to prevent rivals’ accomplishing anything. Another central factor is that in 1994 — when the price of electricity per kilowatt was calculated on the basis of a $20 barrel of oil — the government decided to set/freeze electricity prices regardless of increases in oil prices.

This means that the government buys electricity at a lower price to help people with moderate incomes pay their bills. This forces the Lebanese government to cover the cost, deficit, year after year, especially as, for electoral reasons, this subsidy policy has been applied universally, instead of benefiting only the most disadvantaged. This has resulted in excessive consumption, profits on concessions, and huge state deficits.

According to a report prepared by the Lebanese Center For Energy Conservation and published by Forbes Middle East, a $6.7 billion investment in renewable energy could end Lebanon’s electricity shortage ($2.6 billion for 2500 Mega watt solar PV, $1.8 billion for 1000 mw wind, $1.9 billion for 601 mw hydropower, $309 million for 100 mw concentrated solar power and $50 million for 13 mw biogas). Noting that the figures for hydropower — which, could cover 10 to 15 percent of needs — are exaggerated, as it should cost about $400 million only, and that investments for solar and wind power should be limited to 700 mw and 800 mw, respectively, as per the plan submitted by the current minister).

I believe Lebanon could also consider investing in geothermal energy.

I have long advocated for ‘gas now’ and renewables later, the ‘corporatization’ of EDL, reforms in the financial sector and ‘the three Ds’: decarbonization, digitization and decentralization (and regionalism, as exists in Italy and in Spain). During conventions on energy and renewables, conducted by the Liberty Front in 2008 and 2009, I suggested distributing 2 Giga watts to the six existing power plants (Deir Ammar, Zouk, Jiyeh, Zahrani, Sour and Baalbek). This will cost in the area of $2 billion, including $400 million for the grid/smart meters. Furthermore, the production and network distribution would then be more balanced. We could, however, first increase the capacity of gas-fired power plants in Deir Ammar and Zahrani, since it is possible in terms of space and infrastructure. This can be achieved by using larger dual fuel (gas and diesel) turbines.

In December 2019, we submitted a proposal to restructure Lebanon’s debt. We proposed to swap part of the debt held by banks with shares in a newly established sovereign wealth fund (SWF), listed on the Beirut Stock Exchange and various international stock exchanges. I am against the sale of of BdL’s gold reserves or of any Lebanese government assets.

The ‘Lazard Plan,’ Lebanon’s government financial recovery plan (April 30, 2020), then touched on the creation of a Public Asset Management Company (PAMC) to hold key government assets (stakes in companies and in real estate) and a SWF for managing oil and gas assets and investing outside Lebanon.

In May, 2020, in a piece published by An-Nahar, we further explained how a SWF might help Lebanon navigate this unprecedented crisis: “This new SWF could invest along with Lebanese entrepreneurs in Lebanon and worldwide in order to generate revenues, profits and growth.”

While Lebanon should definitely deploy renewables in compliance with COP21 (Paris) and COP26 (Glasgow) while avoiding blackouts, at this point in time EDL cannot manage the intermittency of large-scale renewables on the grid because connecting them will be a challenge. The solution to Lebanon’s electricity crisis, rather, relies on implementing the reforms listed in the Lazard plan (starting with the restructuring of public and private banking), on investing in building two gas-powered plants and on upgrading the grid. This will achieve 24/7 electricity ore cheaply and quickly, while reducing emissions as per COP 21 and COP 26 requirements.

Although I consider regionalism to be essential for reforms in the financial and energy sectors, and as condition precedent for sustainable solutions, I believe that Lebanon can also put in place public-private partnership (PPP)-based distribution model for electricity, which would be signed between elected regional governance bodies and distribution companies, based on prepaid smart meters. If Nigeria can implement such as scheme, Lebanon can. The framework of these PPPs must be though-through so it can be “win-win” — that is, at once attractive to investors while not generating unsustainable debt.

The current concession model is unsustainable because of the dependence on subsidized electricity purchased from EDL and the reliance on imported petroleum products. A reformed concession model, based on regional power generation and regulated private sector can boost energy in Lebanon, which is a precondition to economic development, good infrastructure and transport, and digital transformation. Regional power generation is the sole viable model to solve current supply problems (i.e., to increase the hours of supply) and to improve the performance of the energy sector, because it allows improved management of energy imports and distribution at the regional level. It will also boost rural development, reduce pressure on Beirut and contribute to securing multiple different energy strategies. Regionalism will also ensure better monitoring and collection and will intensify competition.

Fouad Abou Nader is the President of the Lebanese NGO Nawraj and the General Coordinator of the Eastern Christian Assembly. He co-founded the Lebanese Forces and the Liberty Front.

Debt related to Lebanon’s energy and electricity sector represents more than 40 percent of its sovereign debt, while residents of Lebanon endure less than two hours of electricity from Electricité du Liban (EDL). This predicament stems from multiple causes: corruption, mismanagement, absence of reforms, the ‘mafia of private generator operators’ and political games within successive...