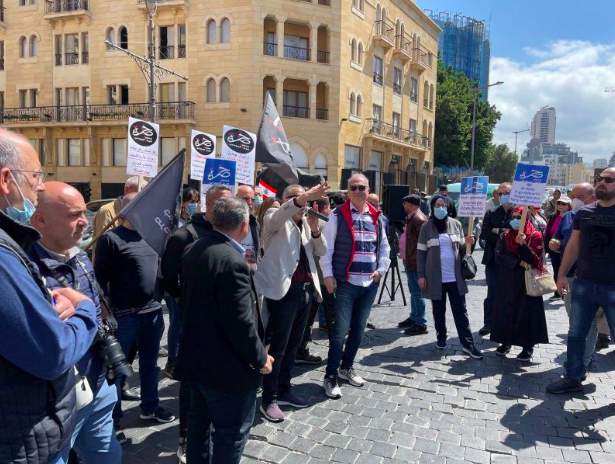 The chickens have come home to roost.

The recently leaked economic recovery plan has finally shown the government’s hand. The writing is no longer on the wall; it is inked now on solid paper. Whether official paper or not is not the issue; what is more important is that it confirms the fact that depositors never stood a chance of recovering their funds.

Before we dive deeper into the details of the plan and how they impact depositors, the banking sector, the central bank, and the government, here is a snapshot of the latest developments surrounding the draft capital control law.

On two different occasions, one in November and one in March, the government tried to slip the draft capital control law past the parliamentary committees to be voted on in the general assembly. The two attempts ended in failure and the government was forced to follow proper procedures, by first approving the draft law at the level of the cabinet and then sending it to the parliament by way of the committees. This was achieved on March 30 when the government sent the proposal to Parliament.

The Finance and Budget Committee and the Administration and Law Committee began discussions of the draft on April 6. The preliminary deal with the International Monetary Fund was announced on April 7; however it was stated that the final approval would be contingent on the implementation of certain reforms and introduction of required pieces of legislation, among them the capital control law.

The Joint Committee accelerated its discussion of the draft, despite this month being heavy on holidays. MPs have amended some of the more controversial elements in the document, like changing the legal wording to enshrine the right of the depositors and limiting the powers of the capital control committee. The meeting on April 19 ended on a positive note, and the impression of many was that the draft law would be finalized the next day or the day after. The only pending issues were the retroactivity of the law, and the protection it afforded to banks from any previous legal dispute related to money transfers.

However, the draft law was drawing heavy criticism from the depositors’ representatives and other stakeholders. Protestors were gathering at the entrance of the parliament every time a meeting was scheduled. This turned violent when Deputy Speaker Elie Ferzli allegedly attempted to run over protestors.

Late evening on April 18, a leaked document purportedly containing the details of the government’s economic plan started circulating among a narrow circle of journalists. The Joint Committee meeting scheduled for April 20 never took place, even though quorum was achieved. MPs attending the meeting refused to continue discussions of the draft law before the government made clear its intentions. The government was accused of “stealing the depositors’ money,” to which Mikati was swift to counter that the plan ensures the protection of small depositors, and any accusations of the contrary are only made for election purposes. However, after his meeting with Ferzli, he dispatched the government plan to the parliament, seeking the MPs feedback and suggestions.

Berri called the Joint Committee to meet on Tuesday to continue discussions of the draft law. Whether the meeting achieves quorum or not, remains to be seen.

And we circle back to the government's economy recovery plan. We have already published the cliff notes of its contents; however, given the importance of this plan to the future of the country we will recap the main points here.

• The document states that the financial losses of the banking sector exceed $72 billion. The central bank’s losses exceed $60 billion; however. These losses only represent the liabilities of the central bank towards commercial banks and do not take into account all other potential losses.

• The first step of the government’s plan is aimed at writing off the central bank’s $60 billion exposure to commercial banks and at raising $2.5 billion through sovereign debt issuance, for the purpose of partially recapitalizing the institution. Any remaining losses will be gradually written off over a five-year period.

• The second step will be about recapitalizing viable commercial banks and liquidating insolvent ones. Losses will first be borne by the existing banks’ shareholders, then by debt holders and finally by depositors.

• Deposits up to $100,000 will be guaranteed, with March 31, 2022, being the cut-off date. Any deposits made after this date will not be guaranteed. It remains unclear if this protection will be accorded to all depositors or only to the depositors at solvent banks.

• Balances above the $100,000 limit will either be converted into shares in banks or partially written off and partially converted to Lebanese lira at a different rate than that of the parallel market.

L’Orient Today reached out to several economic and policy experts as well as representatives of the private sector, asking for their input on the plan. The answers ranged from quoting Dalida’s song “Paroles Paroles” (“Words, Words”) to calling the plan the “beso de muerte” — the kiss of death — for the banking sector and finally to likening the plan to a master’s thesis that was hastily researched and that adds no value.

Among the responses we have received:

Nabil Fahd, Head of the Syndicate of Supermarket Owners

“There is one main fundamental flaw, and that is represented by exonerating the State from its responsibility to close the financial gap … The state, which has borrowed and squandered depositor’s money through BDL, is absolving itself from this financial responsibility….. It is imperative to use part of the state assets that have been generating cash flows or have the potential to generate cash flows in the future ….This will have three main benefits among them is to lower the level of haircut imposed on depositors.”

“The plan is a revamp of the financial recovery plan proposed by [former Prime Minister Hassan] Diab’s government. That plan was rejected by the Parliament, the banks and [Banque Du Liban] so we lost two years for nothing. … Nothing is said about the social security fund, the retirement funds, and other social funds. We do not want to lose the wealth of three generations. … Did the BDL count gold when calculating total assets? If yes, then the losses are underestimated, because the BDL cannot sell the gold it has unless it gets the approval of the Parliament. This is important from an economic point of view. … BDL recognizes its incapacity to directly raise capital/funds in USD. The government will issue Eurobonds for $2.5 billion that will go to BDL. This is exactly what used to happen. The Eurobonds the government used to issue were also financing BDL’s needs for international reserves.”

“The root of the problem is the financial mismanagement of the country’s finances by the same people who prepared the document. This raises several questions about the credibility of this plan. “It is easy to prepare a plan, the difficult thing is to implement it. … The distribution of losses still misses the mark. The parties who should bear the responsibility are the ones who benefitted the most and not the depositors. The government has no credibility, and the IMF, as it was witnessed in other countries, sometimes comes to the rescue of the ruling class, and aids it to stay in power.”

Another requirement of the IMF is amending the banking secrecy law. In his recent piece, our colleague Phillipe Hage Boutros analyzed in great detail what the government is proposing to change in the existing law and how this would impact one of the main foundations of Lebanon’s economic system.

Finally, the Consumer Price Index resumed its upward trend in March. It rose 6.1 percent since February, bringing the total number of consecutive triple-digit annual inflation readings to 21 — this according to a report from the Central Administration of Statistics.

And the lira is back below LL27,000 to the US dollar. This is despite the central bank spending $1.5 billion in three months to keep this from happening and despite the announcement of a long awaited deal with the IMF.

As always and before we put down the pen, it is important to remember the social spillovers of the current crisis. A recent report by UNICEF showed that the maternal death rate in Lebanon has tripled and that our children's health is at risk. Immediate solutions are needed, and Health Minister Firas Abiad promised to announce new initiatives to reverse this alarming trend in a press conference on Tuesday, but it remains to be seen whether they will be sufficient.

The chickens have come home to roost.The recently leaked economic recovery plan has finally shown the government’s hand. The writing is no longer on the wall; it is inked now on solid paper. Whether official paper or not is not the issue; what is more important is that it confirms the fact that depositors never stood a chance of recovering their funds. Before we dive deeper into the details of...