Banking secrecy law: A deep dive into the new bill

The text includes several articles modifying the law instituting banking secrecy, but also key provisions contained in the Code of Money and Credit or the Tax Procedure Code. 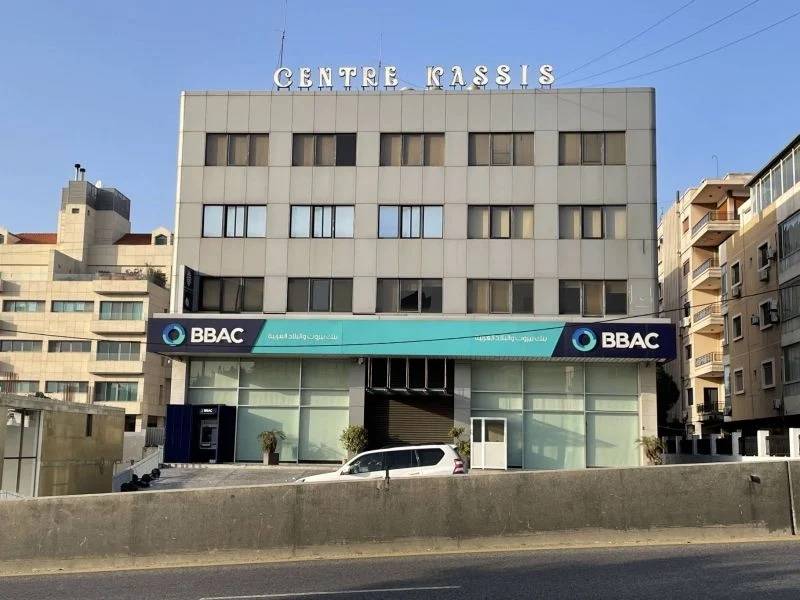 The facade of a branch of a Lebanese bank in Hazmieh (Baabda). (Credit: PHB/OLJ)

One of the bad practices of the Lebanese ruling class is to wait until the eve of a holiday to pass, often on the sly, the most decisive measures that it is forced to adopt or those it seeks to impose on citizens.

The same scenario played out once again last Thursday, on the eve of Good Friday, when the cabinet discussed a bill aimed at lifting one of the foundations of the economic system in Lebanon: the banking secrecy that has been in place for nearly 70 years.

This project is as perilous as it is virtually unavoidable since it is one of the main requests for legislative reforms by the International Monetary Fund, to which Lebanon has turned for financial assistance since May 2020.

Lifting banking secrecy is even one of the preconditions set by the IMF to agree to convert the preliminary agreement announced on April 7 into an authorization to release part of the $3 billion funds designated for Lebanon in the next four years.

While the cabinet meeting ended on a rather good note in the middle of the afternoon, with Information Minister Ziad Makari assuring that the bill would be discussed again, confusion rose when his remarks were contradicted in a copy of the minutes of the meeting, which began to circulate in the evening.

The document’s content was confirmed to L’Orient-Le Jour by a source close to the prime minister. The source and document indicate without a shred of doubt that the bill had been sent to Parliament, which means it will not be debated any longer by the cabinet.

If the causes of this cacophony have not yet been clarified, the amended bill, as it is supposed to have been sent to Parliament, was attached to the minutes, allowing us to get an idea of its content, scope and shortcomings.

L’Orient-Le Jour took a deep dive into the bill with the help of the president of the Lebanese Association for Taxpayers' Rights (ALDIC) and tax lawyer Karim Daher, who is, along with the former Justice Minister Marie-Claude Najm, one of the experts solicited by the IMF.

No precision on retroactivity

By requesting the help of these two experts, the IMF is indeed seeking to understand how banking secrecy works in Lebanon, in a bid to request Lebanese authorities to put forth legislation that effectively lifts it, without any legal vacuum or competing provisions.

Although, for Daher, the draft law as it has been transmitted to Parliament is “very complete,” it nevertheless requires “certain adjustments to be fully operational.”

In addition, the text can, in principle, still be modified by the parliamentary commissions before being voted on.

In detail, the text includes several articles that modify all the provisions of the Sept. 3, 1956 law establishing bank secrecy, as well as Article 105 of the Code of Criminal Procedure (on the admissibility of elements collected during a flawed procedure), Article 150 of the Code of Money and Credit (on the obligation of the central bank to respect banking secrecy), as well as certain provisions contained in the Code of Fiscal Procedure (Law No. 44 of Nov. 11, 2008).

The lifting of banking secrecy provided for in the new bill can only be done at the request of authorities that are designated within the law itself.

Therefore, banking information will not be revealed outside of the specific frameworks drawn by the law, nor will this law surpass the professional secrecy required by certain jobs.

The text does not specify whether lifting the ban is retroactive or not, but merely states that the bill will be enforceable as soon as it comes into force.

The lifting of bank secrecy has three objectives. The first is to strengthen the fight against tax evasion, with an aim of broadening the taxpayer base.

“The IMF has understood that this is one of the few ways for Lebanon to increase its tax revenues without raising new taxes that can be very detrimental to the recovery of the economy,” Daher said.

The second objective is to bring Lebanon closer to international standards in the fight against money laundering and terrorist financing.

Yet, Lebanon is under an evaluation, which was launched last January by the Financial Action Task Force — an intergovernmental body for the fight against money laundering and terrorist financing. The task force will decide in July on Lebanon’s performance in this area, a few months after placing the United Arab Emirates on the “gray” list.

Law No. 44 of Nov. 24, 2015, has already broadly listed the offenses that can be prosecuted within the framework it defines, including insider trading, breach of trust, fraudulent bankruptcy, crimes against the ecology or various trafficking (such as weapons or drugs).

The third objective is to maximize the effectiveness of the lifting of banking secrecy in the fight against corruption, an offense whose definition was broadened by Law No. 175 of May 8, 2020, to include illicit enrichment.

These objectives can be achieved through several levers, provided that the text is properly voted on. Article 7 in its new wording would be particularly decisive, since it would oblige banks to provide information requested by several bodies in the context of proceedings under Law No. 44 of Nov. 24, 2015, on the fight against money laundering and terrorist financing.

Previously reserved for the Special Investigation Commission, this mission would now also be open to the National Commission for the Fight against Corruption, the Banking Control Commission of Lebanon, the National Deposits Guarantee Institution, the Banque du Liban as well as the tax authorities, “in order to manage the revenues” of the country.

The new Article 3 would also suspend any withdrawal of money from numbered accounts (accounts that protect the identities of their holders) or safe deposit boxes (rented by banks) until the end of the six-month period immediately following the application of the law. Until then, Article 3 would allow certain measures and standards to transform all these accounts into “normal” — and therefore nominated— accounts, with a view to applying the law’s conditions to both types of account.

The amendment of Article 105 of the Code of Criminal Procedure would also open up the possibility for the judicial authorities to obtain information from the banks about their clients.

Finally, the amendment to Article 150 of the Code of Money and Credit would, among other things, prevent BDL from invoking bank secrecy in order to refrain from fulfilling its obligations or to transmit all or part of the information that would be requested of it in the context of an audit of its accounts, as it did in 2020, and then in 2021, in the face of the Alvarez & Marsal firm, which was responsible for a forensic accounting audit commissioned by the authorities.

Finally, the president of ALDIC pointed out two risks and an “oversight” in the bill that was attached to the government’s meeting minutes.

The first risk concerns the new wording of Article 23-1 of the 1956 law, which gives the director general of revenue within the Finance Ministry the possibility of determining the terms and conditions of application of the law.

“This prerogative is decisive in determining how the law will be implemented, the latitude it will give to the various institutions authorized to obtain information previously protected by banking secrecy and the degree of protection of depositors against possible abuses,” Daher said.

He recommended that the cabinet set these procedures, after gauging the opinion of the State Shura Council.

The second risk is related to the failure of Lebanese institutions in general.

“The possibility that the lifting of bank secrecy could be used as an instrument of blackmail is more than real without safeguards,” he said.

To mitigate this, he suggests that the bill should directly refer to the “good practices” enshrined in the Egmont Group, a forum for operational exchange between “financial intelligence units” around the world, which Lebanon joined in 2003 (via the Special Investigation Commission), or the Global Forum on Transparency and Exchange of Information for Tax Purposes of the Organization for Economic Cooperation and Development.

Daher concluded by noting that the bill drafters seem to have “forgotten” to delete paragraph 2 of Article 103 of the Income Tax Act, which prohibits the tax authorities from accessing bank accounts.

“This is an error that will need to be rectified to avoid confusion,” he said.

One of the bad practices of the Lebanese ruling class is to wait until the eve of a holiday to pass, often on the sly, the most decisive measures that it is forced to adopt or those it seeks to impose on citizens.The same scenario played out once again last Thursday, on the eve of Good Friday, when the cabinet discussed a bill aimed at lifting one of the foundations of the economic system in...