The kingdom is ready to support its allies financially, hoping for a Parliament with an anti-Hezbollah majority 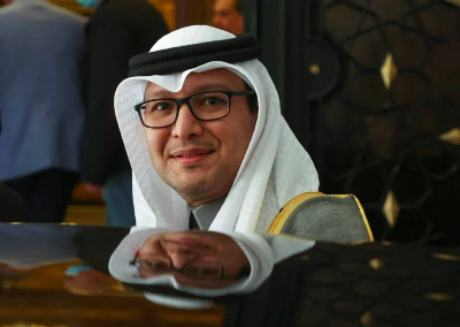 Saudi Arabia’s re-engagement in Lebanese politics a few weeks before the parliamentary elections could be a game-changer.

L'Orient-Le Jour learned from several political and diplomatic sources that Riyadh intends to weigh in on the election by supporting its allies on both the political and financial levels.

“The Saudis are ready to put a significant amount on the table, but not as they did before. It will be calculated and with a specific objective each time,” said a Gulf official, who requested anonymity.

Saudi Ambassador to Lebanon Walid Bukhari has been meeting with Lebanese officials in recent days to prepare for what is coming next. He had a long conversation with former Prime Minister Fouad Siniora last Sunday on this subject.

Agriculture Minister Abbas Hajj Hassan, representing Parliament Speaker Nabih Berri, and MP Bahia Hariri, chairwoman of the Future Movement parliamentary bloc, were also among the guests. Photos from the gathering made the rounds on social media.

According to L’Orient-Le Jour’s information, Bukhari had a private conversation with Geagea about electoral strategy.

The LF leader assured him that the anti-Hezbollah forces have a great chance of securing a parliamentary majority, several corroborating sources told L’Orient-Le Jour.

“This is the objective of the Saudis,” the Gulf official said.

L’Orient-Le Jour also learned that Bukhari is set to tour Lebanon over the next few weeks. He is expected to visit Tripoli but also the Bekaa to encourage people to vote.

Why is Saudi Arabia back in Lebanon?

The Saudis’ change of heart could be explained in light of several factors. First, one ought to mention France’s mobilization and effort to push Riyadh to re-engage with Lebanon, notably the meeting between French President Emmanuel Macron and Saudi Crown Prince Mohammad bin Salman in Jeddah in December 2021.

Paris was also successful in talking the kingdom into providing humanitarian aid to the cash-strapped country, currently facing real problems in terms of security.

The meeting between the two senior officials led to the establishment of the French-Saudi fund for Lebanon for humanitarian aid. Saudi Arabia is also set to provide financial assistance to the Lebanese army and security forces.

During a press conference with Bukhari on Monday evening, Grillo stressed that the two diplomats will implement “a new cooperation mechanism to finance humanitarian projects, including health and food security.”

The second factor that might have swayed the Saudi decision is the possible conclusion of a nuclear deal between the US and Iran in Vienna.

Relations between Riyadh and Washington have been lukewarm since President Joe Biden came to power, refusing to talk to MBS. The two sides drifted further apart with the outbreak of the Russian-Ukrainian war, from which the kingdom is distancing itself.

In this context, “Riyadh wants to prove that it is present in Yemen, Syria, Iraq and Lebanon,” said an informed source in the Gulf.

“This is not a change of position, but a reaffirmation of the need for Lebanon to comply with the decisions of the Arab League and international resolutions,” said a Saudi diplomatic source who requested anonymity.

If the American and French ambassadors were present at the iftar on Monday, it is because Riyadh wants to demonstrate that it acts in coordination with Western powers.

Saud Arabia and the Vatican

The Saudis’ calculations go beyond the question of elections, which should, according to Saudi Arabia and its allies, lead to a new political balance. Negotiations or battle would come next.

Everyone is now aware, both locally and regionally, that the next phase could involve constitutional change. This explains why Hezbollah, in reaction to the Saudi return, is trying to close ranks within the March 8 forces.

The current situation is reminiscent of the year 1985 when Hussein Husseini, then Parliament speaker, went to the Vatican to meet with Pope John Paul II.

The visit was aimed at seeking a way out of the Lebanese crisis, and to prepare the ground for the convening of a regional or international conference on Lebanon that could put an end to the war.

In response, then Syrian President Hafez al-Assad pushed for the conclusion of the tripartite agreement, with Nabih Berri (leader of the Amal movement), Walid Joumblatt (leader of the Progressive Socialist Party) and Elijah Hobeika (then leader of the LF), to anticipate the holding of such a conference under the auspices of the Vatican.

Back then, Saudi Arabia refused this agreement, which excluded the Sunnis from the equation, and coordinated with many states, including the Vatican, to find a settlement that would preserve the balance in the country.

The tripartite agreement fell through because of Joumblatt’s withdrawal, Geagea’s revolt against Hobeika and the arrival of former Prime Minister Rafik Hariri onto the Lebanese political scene.

All these events led to the conclusion of the 1989 Taif Agreement, under the Saudi-Syrian umbrella, which changed the entire Lebanese political system.

Saudi Arabia appears to be pushing once again in the same direction as the Vatican.

The calls of Maronite Patriarch Bechara al-Rai for the organization of an international conference on Lebanon and the potential upcoming visit of Pope Francis to Lebanon mainly in June, appear to be in line with the same logic.

These topics were at the heart of the meeting yesterday between Bukhari and President Michel Aoun.

“Bukhari delivered a clear message to Aoun that the Saudis are ready to help Lebanon under two conditions: that the Lebanese state distances itself from Hezbollah and Iran, and that Lebanon confirms its willingness to respect the decisions of the Arab League and the international resolutions,” a well-informed source told L’Orient-Le Jour.

Saudi Arabia’s re-engagement in Lebanese politics a few weeks before the parliamentary elections could be a game-changer.L'Orient-Le Jour learned from several political and diplomatic sources that Riyadh intends to weigh in on the election by supporting its allies on both the political and financial levels.“The Saudis are ready to put a significant amount on the table, but not as they did...