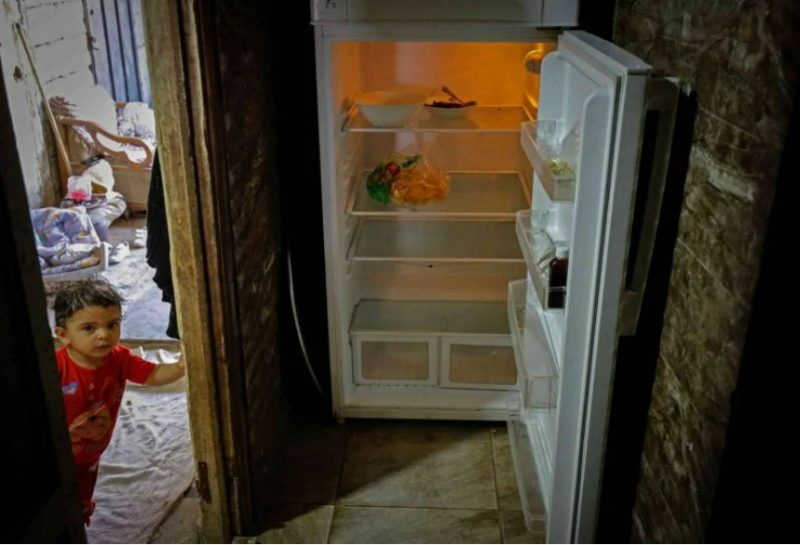 Beyond shocking numbers and solemn statements, the reality of Lebanon’s poverty is difficult to grasp. Last September, the United Nations estimated that 82% of the population lived with some form of deprivation. However, poor Lebanese have long been, and remain today, far from the public eye, and emerging forms of vulnerability are mostly hidden. Worse, poverty —both old and new — creates costs further down the line. Poverty and invisibility thus feed each other: The former pushes people out of view, even encouraging them to hide, while the latter makes it difficult to support them, only deepening their hardship in the long run.

Lebanon has always hosted a large population that lives from hand to mouth, contrary to the country’s projected image of relative wealth and joie de vivre. The World Bank ranked it as a middle-income country, with a GDP per capita equivalent to more than $13,000 per year in the past decade. However, this abundance was unevenly distributed: In 2014, the World Inequality Lab estimated that the top 10 percent of the population took home more than half of the national income. Meanwhile, the exact share of households struggling to make ends meet remained unknown.

Low-income households would indeed be found less in city centers than on the fringes of society: in derelict suburbs, remote villages, and isolated refugee camps. The country has few beggars, unlike Egypt, and little conspicuous homelessness compared to Europe or the US.

A contributing factor to this invisibility is the fact that destitution in Lebanon is not treated as a public concern per se. The country’s long history of poverty is not discussed openly, nor has it spurred government policies. Rather, the phenomenon tends to be perceived as imported: Most often, the poor are cast either as migrants or refugees. Tellingly, beggars in urban settings are usually assumed to be Syrian, even when they are actually Lebanese—who sometimes pose as Syrian to fit the stereotype… While refugee needs are framed as a political issue and the international community’s responsibility, poverty as such is left alone, considered to be a private matter.

This logic informs the organic, everyday ways in which Lebanese tend to their own poor. The middle class actively supports the underprivileged in its midst, but through very discreet horizontal charity networks. Some are informal: The owner of a corner shop gives credit to a struggling local family; residents of a building make sure that their neighbor who just lost their job has enough to eat; wealthier families fund extracurricular activities for impoverished students who take part at no cost, and so on. Other forms of support are coordinated by faith-based charities or local, neighborhood, and village-level associations. These networks are widespread and crucial to the survival of many Lebanese, but the national scale of poverty nonetheless remains hidden.

The current crisis has not put poor people under the spotlight. Most are, in fact left further out of sight, if only because the hikes in fuel prices and the high cost and growing unreliability of telecommunications have made it more difficult for them to access work opportunities or support structures. Lebanese charities and civil society groups likewise struggle to to reach and serve remote areas.Worse, as a growing number of Lebanese need help, new, middle-class problems have taken the lion’s share of media coverage. Scenes of cars in interminable queues made for dramatic media coverage at home and abroad. Less discussed was the dearth of public transport, although the most vulnerable have no other way of going to work, reaching public schools, or making it to dispensaries in urban centers.

With the middle class falling into crisis, poorer Lebanese have become even more exposed. The former now employ fewer of the latter in menial, informal jobs. They also tip far less than before. Solidarity networks are stretched to the limit. On the one side, a rising number of people seek ever more help. On the other, a shrinking pool of individuals can spare fewer resources and less time.

As much as middle-class Lebanese suffer from the country’s collapse, they also conceal their difficulties so well that their predicament is difficult to see. First, people subtly change their consumption habits, by switching to local brands or lower quality products; giving up on selective expenses ( private schools, individual insurance plans, or even meat) to preserve essentials. In one stark example, a general practitioner sighed with sadness over the choices some of his patients make: “To save on the cost of medication, they take their pills one day out of three.”

On the supply side, retailers have adapted to meet the restrictions of middle-class consumers, changing (sometimes superficially) the products, or giving less of the same: for example, private neighborhood generators now operate only at certain hours; by sparing fuel, they marginally decrease their bills to subscribers. This new economy of constraint eventually transforms markets: Struggling Lebanese seeking some extra cash sell their possessions to those who would rather buy second-hand.

However, there is a limit to how much Lebanese consumers can adapt. To stay afloat, revenues in dollars have become a holy grail for middle-class Lebanese. Foreign currency comes from multiple sources: relatives working abroad who send remittances; renting property or subletting a room to foreigners; working for international employers or clients; and support from the aid sector. Yet dollar earnings evaporate faster than before: While prices in Lebanese pounds keep rising, people with income must also look after ever more relatives and friends in need.

Despite its myriad adjustments, the Lebanese middle class is nonetheless remarkably successful in keeping up appearances. This demographic has always stretched its income and rationalized its expenses to maintain a façade. Long before the crisis broke out, Lebanese worked several jobs, took on debt, or benefited from cost-cutting schemes, such as the government’s freeze on rents for contracts signed before 1992 (before their progressive liberalization since 2014). Time-tested strategies are taken further today: Most people settle for a bit less of everything, from fancy food and entertainment to electricity, heating, and mobility.

If these small shifts enable people to carry on despite the depth of the economic crisis, they also maintain an illusion of normalcy. Roads are almost as busy as before, and Lebanese still crowd bars and restaurants, mountain resorts, and private beaches — to the great amazement of Lebanese and foreign observers.

Vibrant individual strategies for muddling through in the short-term are often costly in the long run, both individually and for society at large. First, quick fixes can have long-term financial repercussions: Failing to renew a private insurance policy or delaying care might mean that a patient will face an unaffordable private hospital bill down the line.

Similarly, buying cheap can end up meaning paying more. Lower-quality appliances are likely to fail quickly, putting hard-earned dollars to waste. A typical example is the unbranded “Uninterrupted Power Supply” (UPS), which households buy to keep the internet running during power cuts, and which can wear out within weeks, forcing customers to replace them much sooner than they had imagined.

Such hidden, delayed costs contribute to the invisible impoverishment of Lebanon’s residents over time. Cheaper food, to cite a trend more worrying still, may fill children’s stomachs, but it fails to provide the right nutrients and usually contains excessive amounts of sugar and salt. Both, in turn, increase the risks of these children developing chronic diseases as they grow up.

Second, individual strategies to deal with the crisis can end up imperceptibly spreading the costs more generally across society. The Alternative Power Supply (APS) craze is a case in point: When more fortunate households equip themselves to stock and suck as much power as they can out of the grid, the amount of electricity available to others decreases. Worse, such practices (for which the grid wasn’t originally designed) contribute to making electricity unstable for all. This is particularly dangerous for home appliances that run with motors, such as fridges and washing machines, which break down more frequently as a result— or worse, catch on fire.

Through decentralized solutions, society also misses out on economies of scale allowed by collective electricity generation. Moreover, when everyone makes their own private arrangements, the market is no longer open nor transparent, but made up of innumerable, invisible relationships between one provider and one consumer. In such markets, the seller decides the price almost at will, as buyers have no reference points except word of mouth, and therefore little bargaining power. Most residents have few resources and energy to scope out multiple providers and find reasonable deals. At the highest point of the fuel shortage crisis over the summer of 2021, black-market prices for a gallon of gas were in many cases outrageous even in US dollars, but consumers who were desperate to get their car going couldn’t spend the extra time and energy seeking out a fairer alternative.

While short-term strategies may help individual households get by, the long-term costs are shared by all. Do-it-yourself fixes also encourage the state to further divest itself from sorting out essential services, as the burden of doing so shifts onto society. In this dynamic, the creeping costs of Lebanon’s crisis hit the most vulnerable — and the least visible — the hardest.

This mechanism works similarly to what is known as “the poverty trap.” In the latter, structural barriers to escaping poverty become insurmountable for moneyless people, because the way out requires health, education, mobility, and therefore a certain threshold of resources. Poverty thus becomes a self-reinforcing downward spiral, resulting from structural dysfunctions of the economy rather than individual choices or motivation.

The invisibility trap describes the same logic. As Lebanese society hides its struggles and puts up a brave front, the suffering of its people is becoming ever less obvious, and thus ever harder to diagnose and remedy. Resorting to individual fixes, on a massive scale, reinforces the idea that poverty is in fact an individual problem that is best solved one person or household at a time, rather than a systemic problem requiring more fundamental changes. This is a trap for Lebanon more broadly: By making the extent of its economic collapse mostly invisible to the eye, it will deepen its downward plunge.

A long version of this article was originally published on Synaps' website.

Rosalie Berthier is an economist, and a co-founder and financial director of Synaps.

Beyond shocking numbers and solemn statements, the reality of Lebanon’s poverty is difficult to grasp. Last September, the United Nations estimated that 82% of the population lived with some form of deprivation. However, poor Lebanese have long been, and remain today, far from the public eye, and emerging forms of vulnerability are mostly hidden. Worse, poverty —both old and new — creates...