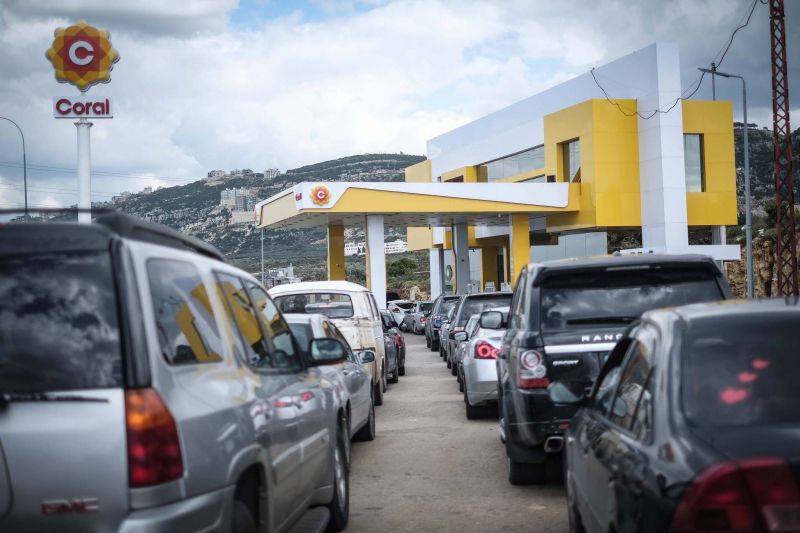 BEIRUT – Amid the economic crisis and raging fuel prices, an ambitious planned public transport project appears likely to be permanently shelved after an extended period during which the work has been stalled.

The $345 million Greater Beirut Public Transport project, the bulk of which would be funded by the World Bank, envisioned as its centerpiece a “bus rapid transit” system, a designated bus lane from Tabarja, north of Jounieh, to Beirut, with a dedicated fleet. Future phases of the project would have replicated the model inside Beirut proper.

However, during a meeting late last year, World Bank regional director Saroj Kumar Jha told Transport Minister Ali Hamieh that he does not think the project is feasible anymore and suggested that something else be done with the money.

The most recent status report issued by the World Bank on the project’s implementation, released in September, projected that “the project will not be able to achieve its development objectives and disburse the loan by its closing date on December 31, 2023. Some of the causes behind the persistent delays are external to the project (notably the COVID-19-related lockdown, the tragic explosion of August 4, 2020 at the port of Beirut, and the absence of a fully functional Government for more than a year).”

The report went on to add, “The World Bank is re-engaging in discussions with the new government to determine restructuring options with partial cancellation in order to reprogram funds for other priorities of the country.”

In a statement to L’Orient Today, the World Bank’s Lebanon office said discussions are underway with the Lebanese government over the “feasibility of restructuring and reprogramming the entire World Bank portfolio” including the Greater Beirut Public Transport Project and called on the government to “urgently adopt and implement an efficient public transport action plan to address the current public transport needs and challenges under the economic and financial crisis.”

What is the project and what problems was it meant to solve?

When the Greater Beirut Public Transport project was proposed in 2017, its proponents touted its many potential benefits for a country with no proper public transport system.

Lebanon once had one of the most modern transport systems in the region, but light and heavy transit were never rebuilt after the Civil War as plans to revive them were not followed through.

This has led to an over-reliance on private vehicles; it is estimated that 650,000 vehicles enter the greater Beirut area daily, in addition to the cars already present inside Beirut.

As proposed, the World Bank-funded public transit plan would have been executed in three phases:

First, a 28 km long, two-way buffered bus lane would be constructed in the middle of the congested corridor between Tabarja and Beirut and three park-and-ride stations (in Tabarja, Mar Mikhael and Charles Helou) as well as bus stops every 850 meters. Only 120 buses would have the right of passage on these lanes.

To avoid transit gaps, 250 feeder buses would serve 20 lines to connect the adjacent towns to the BRT line.

Concrete barriers that buffer the proposed lane would have prevented mixed traffic, allowing buses the right of way, which would, in theory, have offered a faster commute in and out of Beirut and even reduced traffic.

It was estimated that the BRT could have brought down the Tabarja to Beirut commute time from 90 minutes to 40 minutes.

According to Tammam Nakkash, a transportation expert and managing partner at Team International, the BRT would have attracted ridership not only from people who “just can’t afford another kind of transport” but also those who have their own cars but are no longer able to afford fuel, with the price of 20 liters of 95-octane gasoline now set at LL362,400.

The second and third phases would have seen the construction of similar bus lanes: an outer ring circling Beirut’s coastal road into its southern entrance and back to Dora, and an inner ring to service Independence avenue and the Fouad Chehab highway.

The total cost would have been $345 million, with $225 million in the form of a World Bank loan and $70 million as a grant from the Global Concessional Financing Facility.

Apart from lowering commute time, the BRT was projected to reduce pollution. In 2012, the concentration of passenger vehicles in Lebanon reached 434 per 1,000 people (the 17th highest globally), contributing the largest share of the country’s greenhouse emissions.

It could have also helped Lebanon reduce its gas import bill as cars eat up 40% of the country’s fuel consumption, with a total import bill of almost $3.2 billion for fuel products in 2020.

The savings are particularly relevant today as transport costs had increased by 579.90 percent year-on-year as of December.

On a city-wide level, transport projects of this magnitude often provide wider economic benefits. A 2015 study by the American University of Beirut’s Issam Fares Institute found that “Beirut’s competitiveness arguably suffers due to its poor transport links.”

Serge Yazigi, urban planner and professor of practice at AUB, says the project would have diverted car traffic away from the city center so it would encourage more pedestrian traffic in those areas: “The accompanying heritage and economic plans would have created something interesting had it been implemented.”

According to Nakkash, “work was proceeding normally at a pace which is not slower than usual in Lebanon.” A contract to produce the design was even awarded to Dar Al-Handasah in March 2021.

The first phase of the project was stalled by a pre-existing project to widen the Jounieh highway. Officials stated that this was to make up for the space that the BRT would have eaten up.

Nakkash argued that the widening project was not a prerequisite, but gave the previous government an excuse to shelf the BRT so they could shift the funding to other priorities.

According to Elena Haddad of the Chain Effect – an NGO that raises awareness about transport issues, soft mobility, and bike lanes – many in the informal transport sector, where bus and van lines are often divided along political turf, “felt very attacked” and fought against the BRT. However, it is unclear how much influence that pushback had on the ultimate fate of the project.

Among other issues, planning mass transit projects was not a priority during the COVID-19 lockdowns, during which buses were not being allowed to run at all at certain points. The Beirut port explosion and ensuing government deadlock pushed transit projects to the back burner, as suddenly the government was in need of funds for more pressing priorities including social assistance projects, like the long-awaited “ration card” program, and electricity provision.

In September, reports emerged that the previous government was vying to reallocate the public transport project budget pledged by the World Bank to fund the ration card.

Current Public Works Minister Ali Hamieh told L’Orient Today, “The day the government was formed, the World Bank told me that they consider [the public transport project] as ‘dead.’ They asked me to cancel it or transfer the money into other projects.”

He added that he had refused to allow the money to go anywhere else, and insisted that “transport is no less important than health, nutrition, medicine and electricity.”

Moreover, the prolonged absence of a functioning government played a role in the decision.

Nakkash postulated that the World Bank might have felt that the project “requires more than one vital system to be working properly” and that Lebanon is not ready for a system like this because “this is a project that requires so many needed parties and actions and things to be done in a harmonious and well-coordinated manner.”

Hamieh voiced a similar sentiment: “The previous government was in a caretaker capacity, and time passed without any execution. The World Bank considers that if nothing was done, then stop it.”

Hamieh also pointed to delays in procurement, expropriation and execution of the project that caused the World Bank to sour on it.

If there is no rapid transit project, what are the alternatives?

Since the planned project might not come to fruition, questions have arisen about what Lebanon can do with the money.

Hamieh suggested the funds could be “used for transport in a multi-model master plan on the level of the whole country and not just in Beirut.”

Hamieh envisions using the money to tie Lebanon together through a network of bus stops and stations connecting the greater Beirut area to other districts and possibly mountainside cable cars in the Beirut suburbs. As for the possibility that the money will be shifted to the ration card, the minister said that this was proposed in the previous government and that the current one has no intention to do so.

But without proper infrastructure, more buses cannot have much effect. Nakkash says that adding more buses to mixed traffic instead of a dedicated lane would mean that they would move at the same pace as other cars and thus “will not attract ridership and will not serve a purpose.”

Another alternative being floated is to use the money to subsidize gas vouchers for public transport drivers. However, Nakkash says this suggestion is a non-starter without the proper technology to track the fuel. Without it, he said, much of the gas would likely be siphoned and sold at the market rate.

Haddad, for her part, said that if the current public transport plan fails, the main stakeholders should instead focus on how to repurpose the funds.

“There are so many other easy things we can do with the money,” she said, which could include integrating bicycles along with a bus system by “investing in proper crosswalks and bike lanes and doing proper designs. I wouldn’t be fixating on the [bus rapid transit proposal] as the only solution.”

Yazigi said the money should go to economic activity that can guarantee a return on investment, whether in the transportation sector or otherwise. He suggested, for instance, that it could go to grants to the creative sector and to developing the area around the port as part of a comprehensive post-blast plan.

“Maybe, in a sense, reconsidering the [public transport] project is a good thing,” he said.

BEIRUT – Amid the economic crisis and raging fuel prices, an ambitious planned public transport project appears likely to be permanently shelved after an extended period during which the work has been stalled.The $345 million Greater Beirut Public Transport project, the bulk of which would be funded by the World Bank, envisioned as its centerpiece a “bus rapid transit” system, a designated...