National dialogue hangs in the balance, labor unions strike, Mikati denies judicial interference: Everything you need to know to start your Thursday

Here’s what happened yesterday and what to expect today, Thursday, Jan. 13 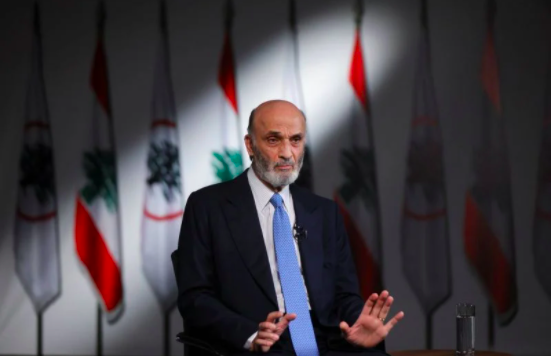 According to officials at the Presidential Palace, President Michel Aoun will decide today whether to proceed with preparations for the "urgent national dialogue” he called for in December. Following the president's meetings with various political groups over the last two days, only Hezbollah and a few other Shiite-aligned parties support the negotiations. Lebanese Forces head Samir Geagea issued a statement yesterday dubbing President Michel Aoun’s call for an “urgent national dialogue” a “waste of precious time.” Geagea's rejection of Aoun's demand for national dialogue echoes the decision taken separately by former Prime Minister and Future Movement leader Saad Hariri, Progressive Socialist Party leader Walid Jumblatt and Marada Movement chief Sleiman Frangieh. Free Patriotic Movement head Gebran Bassil met with Aoun in Baabda and later announced that he still supports dialogue, even if it does not involve all political groups.

Labor unions, including land transportation unions, went on a strike today at 5 a.m and are scheduled to continue with their "day of rage" until 5 p.m. In a news conference, Bechara al-Asmar, president of the General Confederation of Lebanese Employees, warned that the strike might be extended if authorities do not implement agreements raising employees' salaries. Addressing all Lebanese, Asmar urged “intensive participation in all Lebanese regions, to raise the unions’ concerns over officials’ disregard for people's lives.” According to Land Transport Unions head Bassam Tleiss, the strike aims to pressure the government to improve the working conditions in the sector. The current strike comes as fuel prices continue to increase amidst the escalation of an unparalleled economic crisis. In light of the road closures, Education Minister Abbas Halabi issued a statement calling on institutions to close. The Association of Banks in Lebanon has undertaken a similar action, announcing that the country’s banks will shut today. The association’s announcement came as protesters rallied outside Lebanon’s central bank to demonstrate against the plummeting value of the national currency.

Prime Minister Najib Mikati said yesterday that the government has not interfered with the work of Judge Ghada Aoun, who on Tuesday placed a travel ban on central bank Gov. Riad Salameh. During an event yesterday at the Grand Serail devoted to the state of the environment in Lebanon, Mikati said, “our duty is to stop the obstruction and to get the cabinet back to the table, to achieve what is necessary.” His comments came three months to the day since his government last met. In response to the ongoing financial crisis, which has severely limited account holders' access to their savings, Mikati stated that his priority is to maintain the rights of depositors while not jeopardizing what is left of the “economic and financial elements that would keep this country standing on its feet.” After Lebanese newspaper Al Joumhouria published a story claiming that US Ambassador Dorothy Shea had asked Parliament Speaker Berri to prevent Salameh from engaging in potentially “dangerous behavior,” the US Embassy in Lebanon denied this assertion, tweeting, “We were surprised by a press report indicating that Banque du Liban was the subject of a discussion between Ambassador Shea and President Berri yesterday.”

Free Patriotic Movement leader Gebran Bassil accused Hezbollah yesterday of being the “primary reason” the government has not met for three months. Speaking after visiting President Michel Aoun at the Presidential Palace, Bassil stated that, while Hezbollah bears primary responsibility for obstructing government meetings, the Amal Movement also bears some blame, as does Mikati, “who doesn’t schedule [ cabinet meetings].” Although Bassil's party and Hezbollah have been partners since signing the Mar Mikhael pact in 2006, tensions between the two have risen in recent months. Bassil stated at the start of the year that he does not want to rip up the Mar Mikhael accord, but that it has “to be improved.” Bassil led a group from the Free Patriotic Movement that yesterday paid a visit to the Syrian Embassy in Lebanon. The meeting with Ambassador Ali Abdel Karim follows Bassil's previous statements that he is prepared to undertake an official visit to Damascus to discuss the situation of Syrian refugees in Lebanon. According to commentators, Bassil's visit aims to gain the support of Bashar al-Assad’s administration ahead of Lebanon’s parliamentary elections in May.

In case you missed it, yesterday’s must-read from L’Orient Today: “Oct. 17 groups debate the merits of participating in May's parliamentary elections”

Want to get the Morning Brief by email? Click here to sign up.According to officials at the Presidential Palace, President Michel Aoun will decide today whether to proceed with preparations for the "urgent national dialogue” he called for in December. Following the president's meetings with various political groups over the last two days, only Hezbollah and a few other Shiite-aligned parties...