A bitter-tasting defeat for Bassil 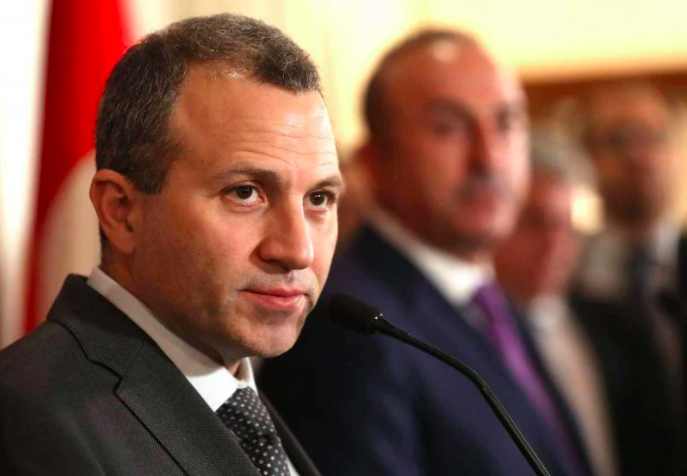 As expected, the tone was escalating, but not warlike. This new slap in the face received by the Free Patriotic Movement, following the Constitutional Council’s failure to reach a decision on the appeal to invalidate the amendments made by Parliament to the electoral law, is hard to swallow for the Aounist camp.

Even if the council’s non-decision was not an outright rejection of the appeal filed by the FPM, and therefore cannot be considered a defeat for the party, the legal and, by extension, political ramifications have dealt another small blow to its influence, which has been in freefall for several months.

In the absence of a decision, the law that was the subject of the appeal remains applicable in its entirety, including the amendments made by Parliament. This means that Parliament Speaker Nabih Berri wins this round. How can Gebran Bassil accept such a defeat at the end of this umpteenth arm wrestling match with the head of the legislature, with whom he has been fighting for years?

The challenge is great and the FPM’s means of defense have dwindled to a trickle, as was evident during the press conference held after a meeting of its parliamentary bloc. Certainly, the Christian leader defended himself yesterday as best he could by raising his voice and promising to continue this battle by other means.

“We will study any measure that could revive the issue of the expatriate vote on the basis of a sixteenth constituency,” he said.

This shows how decisive this appeal, which the FPM held as the apple of its eye, could be for him in the next legislative election.

Already weakened internally because of its partnership with Hezbollah, which has become unacceptable for many Christians as of late, the Christian party is very much afraid of being punished by the expatriate vote, to much more pernicious effect if they were to vote for 128 MPs instead of six as desired by the FPM.

Bassil knows very well that it is difficult for him to bring this issue back to the table, especially through a bill, as deadlines approach and the balance within Parliament is no longer in his favor. Hence his “appointment given to the diaspora in 2026,” if he does not reach a solution this time around.

But it is not only for this vital issue that Bassil says he wants to continue to fight, but also to defend the stripes of the presidency and the prestige associated with the office, which he himself covets.

The application of the law as adopted by Parliament with a narrow majority (59 out of 117) is a “vexation” in the eyes of the Aounists, who cry sacrilege. In their view, such a small majority is an attack on the prerogatives of the head of state and his image. “We will not under any circumstances allow such a violation,” said Bassil, without saying how his refusal will be implemented.

For the head of the FPM, there is no doubt that this is a stunt and a political masquerade orchestrated by the Shiite parties, to which the Constitutional Council has contributed. These accusations are not very convincing, however, especially when we know that six out of 10 judges yesterday voted in favor of accepting the appeal. Only one vote was missing during the deliberations for it to be validated. But “the dissenting vote was strangely enough that of a Christian judge,” says an Aounist source, and an independent one at that.

During his press briefing, the head of the FPM went even further by denouncing a “quadripartite agreement” — Amal, Hezbollah, Future, Progressive Socialist Party — concluded behind the scenes, in reference to the electoral agreement made among these four formations in 2005. Except that, according to information obtained by L'Orient-Le Jour on the behind-the-scenes debates that took place within the Constitutional Council, the two Sunni judges in the Future Movement camp were willing to vote for the acceptance of the appeal and therefore were in favor of the Aounist position.

The head of the FPM was undoubtedly hoping to resurrect the atmosphere that prevailed in 2005, and to rally its base. By demonizing such an alliance, it is also a way for Bassil to subtly attack his Shiite partner, Hezbollah, with whom relations have been extremely problematic for some time.

“In private circles, Bassil no longer hides his animosity towards the Shiite camp in general and more and more towards Hezbollah,” confided a source close to the FPM — an aversion that cannot go too far, given that the Aounist party is condemned to get along with its Shiite ally with a view toward the next legislative elections.

As expected, the tone was escalating, but not warlike. This new slap in the face received by the Free Patriotic Movement, following the Constitutional Council’s failure to reach a decision on the appeal to invalidate the amendments made by Parliament to the electoral law, is hard to swallow for the Aounist camp.Even if the council’s non-decision was not an outright rejection of the appeal...