Macron, MBS, Hezbollah: Behind the scenes of a play in three acts

How the latest diplomatic waltz was interpreted by the Saudis, French, close associates of Hezbollah and Prime Minister Najib Mikati. 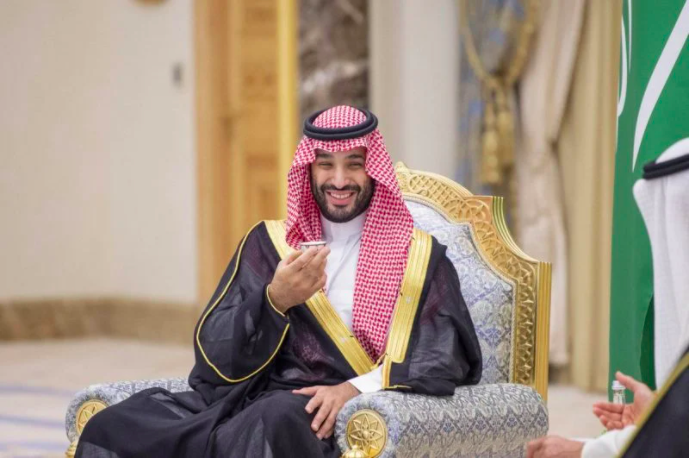 The following accounts are the result of cross-checked information from interviews with French and Saudi officials, sources close to Prime Minister Najib Mikati and Hezbollah officials.

French President Emmanuel Macron made Lebanon’s plight a personal matter. For him, giving up or admitting that his initiative failed is out of the question. Every opportunity must be seized to relaunch it.

Macron wanted to take advantage of his visit to the Gulf countries in a bid to thaw Lebanese-Saudi relations. The French president, however, was well aware that he could not hope for any concessions from the Saudis if Lebanese Information Minister George Kurdahi was not out of the picture.

Riyadh no longer wanted to hear anything about the land of the cedars, with which it cut almost all diplomatic ties, following Kurdahi’s scathing remarks against Saudi Arabia’s war in Yemen.

A few days before Marcon’s visit, contacts intensified. Kurdahi’s post as information minister seemed to be hanging by a thread — a thick and sturdy one; Hezbollah’s thread.

Paris took action. French officials stepped up talks with Mikati, Hezbollah and the leader of the Marada Movement Sleiman Frangieh, with whom Kurdahi is directly affiliated.

Everything escalated on Dec. 1, when Mikati summoned Kurdahi and asked him to step down. The meeting lasted a few minutes, just enough time to get the message across: this was a French request.

“I agree but I must consult with my allies,” Kurdahi reportedly said. It is hard to say no to one of the last world powers friendly to Lebanon.

Talks went smoothly, a far cry from the heated conversations that marked the beginning of the diplomatic crisis.

“I am only asking you not to stop Kurdahi from resigning,” Mikati reportedly told Khalil, who replied, “The final decision is up to him.” This was the official position of the pro-Iranian party, as long as Frangieh was on the same page.

The latter called Kurdahi and, without asking him directly to throw in the towel, relayed the message.

On the eve of Macron’s trip to the Gulf, the information minister resigned.

“The French wanted me to step down before Mr. Macron’s visit to Saudi Arabia, as this would help restart talks with Saudi officials,” Kurdahi said in a press conference announcing his resignation.

Why did Hezbollah cave in? The answer to this question remains unclear.

A few days earlier, on Nov. 30, Macron raised the question with his Iranian counterpart, Ebrahim Raisi.

The meeting between the two senior officials touched on the nuclear talks in Vienna, the situation in Lebanon and Marcon’s visit to Saudi Arabia.

Hezbollah officials assured that the French president asked the Iranians to do their bit. “It’s up to Hezbollah to decide,” Raisi reportedly replied.

Was this a fool’s game? Winning favors? It’s hard to know what was really going on. But the result was: the Shiite party agreed to let go of Kurdahi for the French.

Moving on to Act II.

Marcon arrived in Jeddah on Dec. 4 on the third leg of his trip to the Gulf, after having visited Dubai and Doha. He was welcomed by Crown Prince Mohammad bin Salman, who received the high-profile Western leader three years after the assassination of Saudi journalist Jamal Khashoggi in the Saudi consulate in Istanbul.

The French team had prepared for the visit through a series of contacts with their Emirati, Egyptian and Jordanian counterparts. Riyad was ostensibly ready to take further punitive measures against Lebanon on Dec. 5.

But Kurdahi’s resignation and Macron’s visit calmed things down with the kingdom. The uncompromising crown prince was ready to make a move.

During their one-on-one meeting, Marcon asked MBS to return the Saudi ambassador to Lebanon and to restore ties with the Lebanese authorities.

For MBS, however, Lebanon is under Hezbollah’s thumb, which poses a threat to the security of Arab countries and plays a role in captagon trafficking to the Gulf.

Yet, Macron was able to push him to make a concession: A phone call to Mikati from the French president’s personal phone. Macron reportedly exchanged a few words with the Lebanese premier before passing the phone to MBS.

The rest of the story has two contradictory versions.

Sources close to Mikati affirm the conversation went well and was relatively long. According to this version of the account, Marcon first handed the phone over to MBS who politely greeted Mikati. The French president then took back the phone and told Mikati that something had to be done to keep Saudi Arabia happy before returning the device to MBS.

“We are ready to write a new chapter with Saudi Arabia,” the Lebanese premier purportedly told the Saudi crown prince.

To this, MBS reportedly stressed the need to control borders, carry out reforms and change the country’s foreign policy so that it is not in direct conflict with Arab interests. Should these conditions be met, the kingdom would be ready to help Lebanon.

From the Saudi side, the story is less glorious. The call lasted only a few seconds, during which MBS stressed the need to implement the reforms required by the Arab and international communities in order to unblock aid for Lebanon.

He then allegedly returned the phone to Macron, who insisted on the importance of reforms.

In short, MBS was cornered by the French president. He spoke to Mikati merely out of respect to Macron, but the kingdom does not intend to change one iota of its policy towards Lebanon.

Who won? Who lost? Everyone has their own interpretation of the events.

The French believe that they made a breakthrough and relaunched their initiative in Lebanon. Paris hopes that it was able to convince

Riyadh to invest more in humanitarian aid and defends the policy of small steps.

The Saudis also claimed victory. They believe that they gained geopolitical favor with Macron. This is how they interpreted the joint French-Saudi declaration that followed the meeting between the two top officials, which refers to UN resolutions no. 1559 (with regard to the disbandment and disarmament of militias) and no. 1701 (on the ceasefire with Israel), and on the need for Lebanon to adopt a policy that is in line with Arab interests — an item that is directly aimed at Hezbollah.

The declaration also insists on maintaining the Taif Agreement, a non-negotiable subject for the kingdom.

For Paris, this is far from being a diplomatic rupture vis-à-vis Lebanon, because all the points discussed are in line with its traditional policy in Lebanon.

But, since the start of the French initiative, Macron has sidelined the Hezbollah issue, pushing the need to implement reforms to the forefront of his demands.

The Shiite party did not hide its annoyance with the joint declaration but considered that all this will not change the Saudi position toward Lebanon. Hezbollah is also keen to preserve its relations with Macron.

Mikati, for his part, is over the moon. After the phone call with MBS, he was swift to contact President Michel Aoun to fill him in on the latest developments.

The premier can confidently say that he has the support of the French and had a direct phone call with the Saudi strongman — much to the dismay of Aoun, who has been brushed aside for most of the process.

The following accounts are the result of cross-checked information from interviews with French and Saudi officials, sources close to Prime Minister Najib Mikati and Hezbollah officials.Act I: Kurdahi scapegoatedFrench President Emmanuel Macron made Lebanon’s plight a personal matter. For him, giving up or admitting that his initiative failed is out of the question. Every opportunity must be...