Is Aoun now ready to let go of Tarek Bitar?

After having long defended the separation of powers and the independence of the judiciary, the president no longer appears opposed to Parliament limiting the action of the judge. 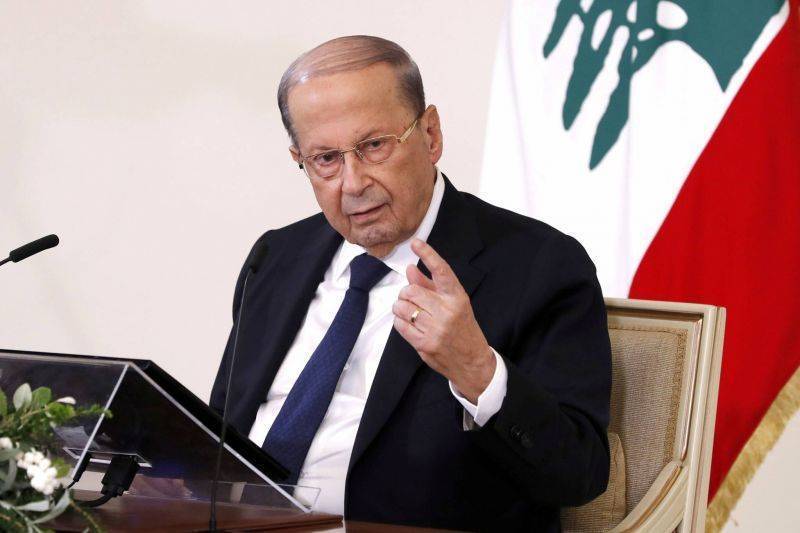 In a speech to the nation on Aug. 3, on the eve of the first anniversary of the double explosion at the port of Beirut, President Michel Aoun said he respected the principle of separation of powers with regard to the investigation into the tragedy. He also stated that he “saw no reason why Judge Tarek Bitar should be prevented from questioning anyone he deems useful for the investigation,” calling for the probe “to take its course, far from any pressure, whatever the source.”

This position has been reiterated on several occasions, particularly after the clashes of Oct. 14 in Tayyouneh — clashes that pitted militiamen affiliated to the Amal Movement and Hezbollah against Christian elements presumed to be close to the Lebanese Forces. This stance has put him at odds with his main ally, Hezbollah, which wants to unseat Bitar at any cost and which, until it has obtained satisfaction, is paralyzing all government action.

But time is short and nothing is moving. Also the calculations made by the president a few months ago no longer seem valid today. His six-year term is coming to an end in October 2022, and with just 10 months to go, Michel Aoun urgently needs to save face. He therefore wants at all costs for the Mikati cabinet to show signs of life — perhaps even if that means letting go of Tarek Bitar.

The president’s latest remarks give credence to this conjecture. “The parliament can decide” on the issue of Judge Bitar’s competence, the president said in an interview with the Qatari daily al-Charq. “The [parliamentary] majority will decide. And we will have to comply with its decision,” he added. “Either the majority will decide that the investigating judge has the right to conduct proceedings” against politicians prosecuted, or “the prerogatives regarding the prosecution of ministers, deputies and politicians will be limited to the Supreme Council responsible for judging presidents and ministers,” Aoun said.

‘The presidential election battle is open’

This radical change of position came on the eve of a parliamentary session to be held Tuesday morning at UNESCO Palace. Officially, the deputies will have to vote on a series of bills and proposals. But given the timing, the issue of the port investigation could well be invited de facto into the debates.

A source close to the presidency explained to L'Orient-Le Jour that Aoun wanted to say that there are procedures to follow if the Parliament was to take up the case. “But we are not there yet,” the source said.

These explanations remain unconvincing for some. Press reports have recently indicated that a package deal is in the making, far from the limelight. In broad terms, this agreement stipulates that Gebran Bassil's Free Patriotic Movement would ensure the quorum required for the holding of a parliamentary meeting during which the possibility of referring politicians to the Supreme Council responsible for judging presidents and ministers would be discussed, in exchange for the acceptance of the appeal for the invalidation of the amendments made to the electoral law, presented to the Constitutional Council by FPM parliamentarians. This is a way for the presidential camp to obtain several victories while “washing its hands” of a possible dismissal of Tarek Bitar, for which it would hold the Parliament and its leader responsible.

“We are in the middle of the Lebanese political bazaar, and to achieve his goal, Michel Aoun is ready to make all concessions and play all cards against Hezbollah,” said Karim Bitar, a political analyst.

According to him, it is the future of Bassil that is at stake here — a stake that is all the more crucial as the resignation of Georges Kurdahi as information minister, to which he was appointed by the Marada Movement leader Suleiman Frangieh, could strengthen the chances of seeing the latter benefit from the support of Hezbollah at the expense of Bassil.

“Michel Aoun is aware of the difficulty of the situation. Anticipating such a move, he winks at Hezbollah,” says Karim Bitar, who believes that the head of state has done Hassan Nasrallah's party a favor by attempting to block possible Shiite support for Frangieh’s candidacy.

“Especially since the head of the Marada has agreed to abandon George Kurdahi and not to appoint his successor,” he adds. “The battle for the presidential election is open, and Michel Aoun has opened the ball of concessions in view of the upcoming presidential election.”

The package deal has not yet been completed, but Hezbollah is likely to be conducting negotiations between the FPM and the Amal Movement to unblock the situation by proposing to the FPM that Parliament would accept the party’s appeal to reverse Parliament’s decision to move the election date up to March 27 in exchange for an alliance with Amal in several constituencies, including Baabda and Jezzine, two major strongholds of the Shiite tandem where the FPM enjoys a significant presence, reports our columnist Mounir Rabih.

In a speech to the nation on Aug. 3, on the eve of the first anniversary of the double explosion at the port of Beirut, President Michel Aoun said he respected the principle of separation of powers with regard to the investigation into the tragedy. He also stated that he “saw no reason why Judge Tarek Bitar should be prevented from questioning anyone he deems useful for the investigation,”...