For Hezbollah, the time of compromise is over 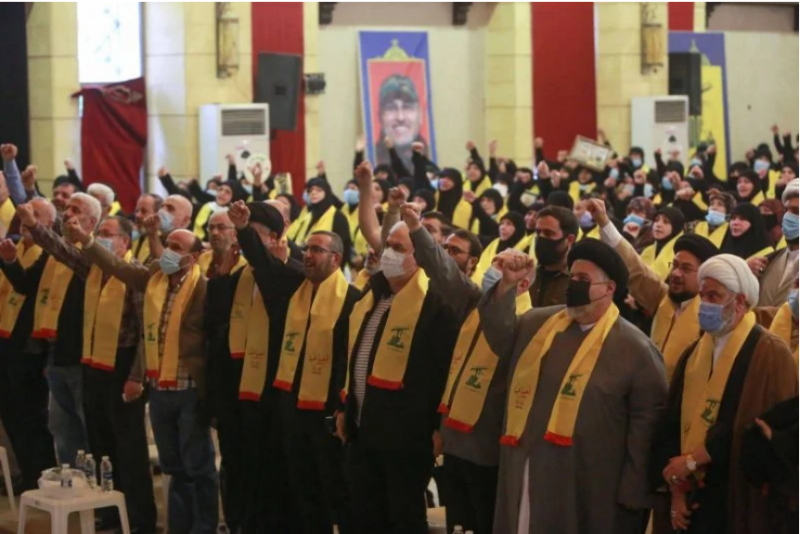 Hezbollah believes it has embarked on a new chapter in which “there is no more room” for compromise,” according to several party officials who spoke to L’Orient-Le Jour. The party’s behavior over the past few weeks has been a source of concern for some observers.

Hassan Nasrallah’s party has, in fact, opted for escalation on several fronts after having proven over the years that it knew how to turn Lebanese politics’ intricacies to its advantage.

This change of position is linked to two developments at home, according to party officials. The first is related to Judge Tarek Bitar’s investigation into the 2020 Beirut port explosion.

For the pro-Iranian party, the investigation appears to pose an existential threat, with evidence in the probe potentially suggesting that Hezbollah may be directly involved in the import and storage of the hundreds of tons of ammonium nitrate that triggered the blast.

The second development is the deadly Oct. 14 clashes in Beirut’s Tayyouneh district between members of Hezbollah and the Amal Movement and armed men allegedly belonging to the Lebanese Forces of Samir Geagea. (The LF has denied this).

For the Shiite party, these two events are an indication of “the desire of other sects to isolate it.”

“We warned our allies [i.e., Amal and the Free Patriotic Movement] that our policy is about to change now,” a senior party official said.

For the Shiite party, the unfolding events pose an existential threat to it. Paradoxically, Hezbollah’s reaction to what is happening has contributed to further isolating it on the national scene.

The first sign of this change in political strategy was visible in Hezbollah’s reaction to the diplomatic row with the Gulf countries, in the wake of Lebanese Information Minister George Kurdahi’s remarks criticizing Saudi Arabia’s intervention in Yemen.

Many observers expected the party to “sacrifice” Kurdahi to defuse tensions, as was its habit to do before.

Even President Michel Aoun was expecting a breakthrough in the situation, according to a source inside Baabda Palace. He wanted the information minister to step down to avoid heightened tension with the Gulf during the last year of his presidential term.

Hezbollah, however, dug in its feet, rendering Kurdahi a political target for direct negotiations on relations with Saudi Arabia.

The Shiite party elevated its tone vis-à-vis Riyadh, when its number two in command, Naim Qassem, demanded a Saudi apology.

“Hezbollah wants to go to the end of the battle by provoking the Gulf countries to push them to distance themselves even further from Lebanon,” an Arab diplomat told L’Orient-Le Jour on condition of anonymity.

How do we explain this escalation? According to observers, it comes within the broader framework of Iran’s current strategy.

“Iran has decided to escalate on all fronts,” a Saudi official said, referring to the current standoff in Iraq and Yemen at the same time.

This attack, probably led by pro-Iranian militias, aimed to send two messages: the first to the Shiite cleric Muqtada al-Sadr, who emerged as the winner of the legislative elections held in October, that no government can be formed without Iran; the second to Saudi Arabia, which has very good relations with Khadimi, that Riyadh has no say in Iraq.

This escalation cannot be seen away from the context of the Iran-US nuclear deal negotiation rounds scheduled for the end of the month, as well as of the formal talks between Saudi Arabia and Iran that have stalled.

“Ties are not completely severed, and there has an exchange of communication between the two sides via the Sultanate of Oman on the issue of Yemen,” the aforementioned Saudi source said, while battles have been raging in Yemen’s Maarib Province between the Iran-backed Houthis and loyalist forces backed by Saudi Arabia.

It is in this general context that we must analyze Hezbollah’s behavior.

The Shiite party is hindering the cabinet from convening if the “Bitar issue” is not resolved and continues to refuse to approve Kurdahi’s resignation, claiming that this would be an attack on Lebanon’s sovereignty.

In his most recent speech, delivered on Thursday, Nasrallah said he did not want any tension with Saudi Arabia, all the while not refraining from making scathing comments against the kingdom, accusing it of having fabricated the diplomatic crisis because it was unable to have the upper hand in Lebanon.

The Hezbollah chief also accused Riyadh of being behind the bloody Tayyouneh clashes that left seven dead, all of them affiliated with Amal and Hezbollah.

“Hezbollah wants to prove that Iranian friendship is much more important for Lebanon than the Saudi one,” the Saudi diplomat said.

This new policy risks fostering a new reality in Lebanon, with Hezbollah still taking advantage of its actions abroad to make gains at home.

The Shiite party’s military intervention in support of the Syrian government has greatly extended its influence on the local political scene.

The situation, however, is changing at the regional level, with the Syrian government making overtures to several Arab countries, including the United Arab Emirates.

“Hezbollah is very concerned about these developments which are taking place within the Russian fold and in partnership with the Israelis,” the Saudi diplomat said.

At home, the Shiite party must manage the deterioration of relations with the president and the FPM.

Hezbollah is becoming an increasingly heavy burden to the president’s party given the mounting hostility toward it among the country’s Christians.

The deck appears to be stacked against the Shiite party on the Lebanese chessboard. The situation in Lebanon is so much like quicksand that it cannot be fully controlled.

It is important to maintain the country’s delicate political balance, especially when it comes to its role, existence and good relations with the Arabs and the West. Destabilizing this balance means crises would abound.

But Hezbollah has other calculations. The party believes it needs to move its pawns forward in anticipation of the upcoming major negotiations between the US and Iran, which it believes would touch on the entire region, including its high-precision missiles, its advanced drone program and Lebanon’s maritime border demarcation with Israel.

Hezbollah believes it has embarked on a new chapter in which “there is no more room” for compromise,” according to several party officials who spoke to L’Orient-Le Jour. The party’s behavior over the past few weeks has been a source of concern for some observers.Hassan Nasrallah’s party has, in fact, opted for escalation on several fronts after having proven over the years that it...