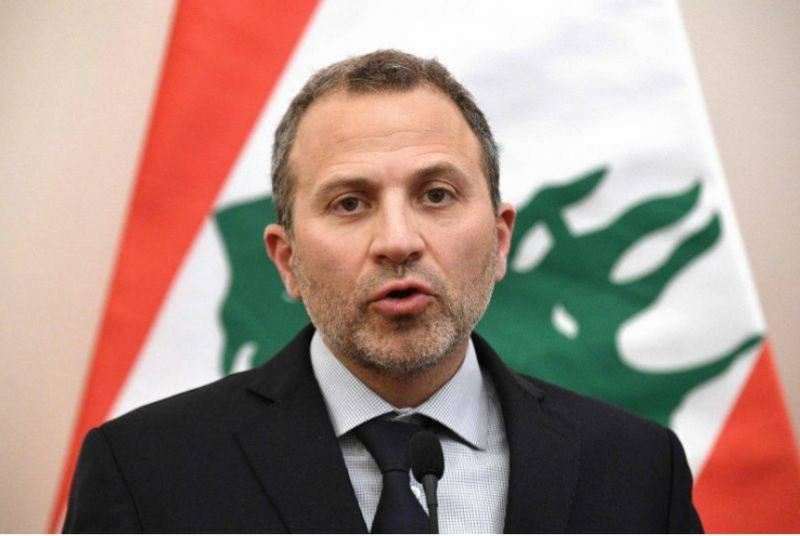 The Free Patriotic Movement held on Saturday the first round of the party’s internal elections designed to choose the candidates of the party created by Michel Aoun for the next legislative elections. Theoretically, this process will enable party members to have a say in the selection of the FPM candidates for the next election, currently slated for March 2022. But nothing has been decided yet, even when it comes to those who won the intraparty battles. In the end, it will all come down to the calculations of FPM leader Gebran Bassil, based on which he will make the final call on the names.

Saturday’s poll was only an implementation of democracy “the Gebran Bassil way,” a political analyst told L'Orient-Le Jour. The analyst added that behind this pro-forma exercise, the FPM leader, who seems to have absolute power, seeks to design a tailor-made election, which means that he seeks to win by landslide, even if achieved at the expense of his party members’ preferences.

On Saturday, these party members voted for potential candidates who would run in the legislative elections under the FPM banner. An FPM source said that 15 of the 18 Aounist members of Parliament submitted their candidacies in the first intra-party election round.

The second round, which is supposed to be held in a few weeks, will consist of an opinion poll that the FPM will carry out, in coordination with statistical agencies, targeting its popular base and independents, meaning those who have no clear political affiliation. The respondents will state their preferences for the candidates who have qualified for this stage.

The third round of the process, which is supposed to be held in the next two months, will involve surveying a wider spectrum of Lebanese, in a bid to have an idea about how the Lebanese would react to the FPM’s potential electoral choices.

It is possible for the time being to interpret Saturday’s poll, the official results of which the party declined to provide to the press. In a statement posted on Tuesday evening, the FPM’s media department indicated that the voting outcomes of the 10,000 party members were shared with the 55 competing candidates, 27 of whom have qualified for round two. It added that the vote took place in the 15 constituencies, as stipulated in the electoral law currently in force.

The victors also include former Energy Minister Nada Boustani, who won the battle in Kesrouan, an important traditional electoral fiefdom of the FPM that Michel Aoun represented in parliament for 11 years before becoming president. For his part, Ghassan Atallah, former minister for the displaced, won in the Chouf electoral district.

Amal Abou Zeid, former MP for Jezzine, was a source of surprise as he defeated his main opponent, Ziad Aswad, who is currently one of the two Maronite MPs in the district. Aswad is known for his strong political stances, especially toward Parliament Speaker Nabih Berri, one of the main political rivals of the Michel Aoun-Gebran Bassil duo.

According to the same source, Elias Bou Saab, Roger Azar and Antoine Pano, the current MPs for the Metn, Kesrouan and Beirut districts respectively, boycotted the vote.

What are the lessons learned from these results? First, the battle against Nabih Berri in his stronghold of Jezzine promises to be difficult for the FPM, which had defeated Berri there in the 2009 election.

“That is particularly true since the popular base of Mr. Aswad is much broader than that of Mr. Abu Zeid, and the current MP will not let himself be defeated,” a former official of the FPM said.

Second, several candidates perceived as opponents of the current party leadership came out victorious. This is particularly the case of Abi Ramia, Kanaan and Aoun. The contest for the FPM presidency in 2015 had pitted Aoun against Bassil who ended up being selected FPM head, with Aoun’s blessing.

What will Bassil do with his party’s barons? Is he going to give up on them in favor of new figures? The question is particularly pertinent since an Aounist official who declined to be named said that the FPM leader has a preference for Tarek Sadek, a party official from Jbeil, over Abi Ramia, who has been MP for this electoral district since 2009.

Nevertheless, the Aounist official stressed the “crucial” role that Ibrahim Kanaan assumes in examining and preparing the dossiers that the FPM will use in its public messaging.

“Hence, it is very unlikely that Gebran Bassil will give these people up,” he added. “Contrary to what one might be inclined to believe, Mr. Bassil does not want to exclude all those who do not applaud him. The only thing that matters to him is securing the largest number of seats.”

MP Eddy Maalouf (Metn) also underscored that Gebran Bassil will not turn his back on those who won the election on Saturday.

“We are the only ones to implement this kind of democratic practice. We cannot override the outcomes, particularly in our electoral fiefdoms,” he said.

At the same time, he acknowledged that Bassil has the final say when it comes to the selection of candidates for strategic reasons, since the alliances that the party would have to forge with other parties need to be taken into consideration when choosing candidates.

A former member anticipated a defeat

The large amount of leeway to maneuver that Bassil is given is worrisome to some current party members, as well as to many former members who regard Saturday’s elections as “pointless,” according to the above-mentioned Aounist official.

“I am one of those who support Gebran Bassil and uphold his positions. However, I did not present my candidacy, because these elections serve no purpose; when necessary, Gebran Bassil is able to exercise absolute power in the selection of candidates,” he said.

Likewise, a former party member who stormed out of the FPM almost a year ago, perceives Saturday’s elections as “a pro-forma practice” that “will end up falling through, since Gebran Bassil is able to torpedo the results, depending on his electoral alliances.”

The former FPM official anticipated that the party would suffer a defeat in the next parliamentary elections, without even waiting to see what choices will Bassil make.

“First, because several officials and coordinators who are in daily contact with officials disbarred from the FPM voiced willingness to walk out of the party, but they will not do so as long as Michel Aoun is in Baabda,” he explains. “Second, because the only ally left to the Aounists is Hezbollah, which is widely despised by Christians, particularly following the Tayyouneh clashes on Oct. 14 and events related to the probe into the Aug.4, 2020 tragedy.”

The Free Patriotic Movement held on Saturday the first round of the party’s internal elections designed to choose the candidates of the party created by Michel Aoun for the next legislative elections. Theoretically, this process will enable party members to have a say in the selection of the FPM candidates for the next election, currently slated for March 2022. But nothing has been decided...