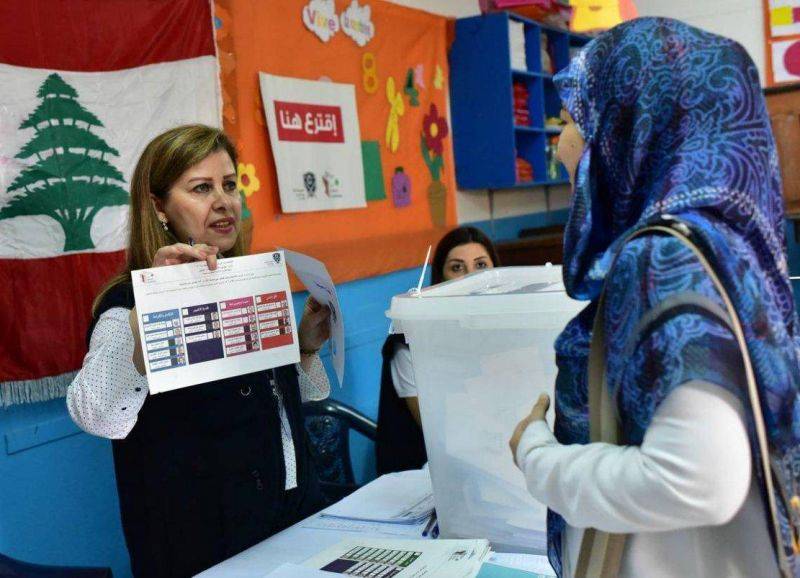 The so-called democratic nature of Lebanon’s political system has largely been undermined since multiple overlapping crises have led the country’s economic and social fabric to tear at its seams. Along with several fundamental principles of the rule of law that are being widely transgressed, an electoral system that is based on the fair representation of citizens should stand as one of the pillars of any given democracy.

However, it would be an understatement to say that Lebanon’s electoral process has been tailor-made to preserve the continuity of sectarian oligarchs’ hold on the country. It thus drifts away from its original function of ensuring the basis for a free and fair ballot, with one of its chief conditions (namely citizens’ universal suffrage) not being upheld. Indeed, Lebanon is one of the rare countries in the world whose diaspora is larger than its resident population. Yet to this day, it does not grant its expatriates the full freedom to exercise this right. On the one hand, their participation is hampered by the (possibly intended) imbroglio limiting nonresidents’ representation to six MPs; on the other hand, polling stations overseas lack clear voting-process measures — and that’s without even tackling the issue of nonresidents’ personal data protection.

Internationally recognized principles on the matter are clear: the right to vote, by which citizens freely express their will to participate in the management of their country’s public affairs, constitutes the main source of elected authorities’ legitimacy. It does not discriminate between resident and nonresident citizens, and therefore does not depend on their place of residence because any citizen has the right to vote as soon as they are in full possession of their political rights.

This is why, for many decades now, many countries have put in place mechanisms ensuring their expatriate citizens' right to take part in elections and choose their representatives — like all other citizens. The right of Lebanese expatriates and emigrants to vote, also known as the nonresident vote, is however still under threat. This is mainly due to the nondefinitive aspect of provisions set to organize the voting mechanisms, which is one of the symptoms of the country’s failed democracy. Arbitrary decisions prevail over the clarity of rules and norms, which in turn remain tightly associated with the state of law.

Lebanese lawmakers only started addressing the nonresident vote as of 2008. This is quite late considering the country’s diaspora spans across continents and centuries. Yet the process is to this day not set in stone. It was established with the enactment of the 2008 electoral law, despite the fact that its application was ruled out from the 2009 ballot. It was in 2018 that the general elections witnessed Lebanon’s overseas electorate cast their votes in their country of residence — a first in the history of the Lebanese republic brought into fruition by a temporary provision. The 2017 electoral law stipulated that six seats would be added to the Lebanese Parliament’s existing 128 seats to represent nonresidents. But the 2018 elections were exempt from said provision, which was set to take effect in 2022.

The electoral law put an inter-ministerial committee in charge of specifying all modalities of application, particularly details pertaining to the election of the diaspora’s six representatives. The text simply states that these seats must be distributed evenly across all six continents and between Christians and Muslims, thus assigning a seat each to Maronites, Greek Orthodox, Greek Catholics, Sunnis, Shiites and Druze. It also specifies that the overseas ballot would be conducted on the basis of a proportional system, within a single electoral district, no more than 15 days before the date set for elections in Lebanon. Expatriates would therefore vote in a virtual district covering all six continents while residents would cast their ballots in one of the 15 districts determined by law.

To date, these modalities are not clear, assuming that the elections are held on time in the first place — which is far from certain, given how well the established ruling class masters the art of violating its constitutional obligations, especially when it comes to electoral deadlines. What is even less clear and more serious still is the extent to which the authorities are committed to respect this decision and conduct nonresident voting. The deadline for Lebanese expatriates to get listed in the electoral registers of their country of residence is set by law as Nov. 20, 2021. And although an inter-ministerial committee has been created and consular and diplomatic missions consulted, no decision has been made close to three months from that deadline.

The issue is not about Lebanese expatriates registering on electoral rolls, since they are automatically considered as voters when they are listed in the civil registry, just like any Lebanese citizen. Rather it is about allowing them to vote in their country of residence, thus ensuring their actual participation by creating a network of polling stations that aligns with the geographic deployment of the diaspora. The low rate of participation regularly deplored during the Lebanese elections is mainly due to the fact that all citizens living overseas are considered as abstainers, when they are in fact unable to make it to the polls to cast their votes (except when they benefit from plane tickets, one of the multiple facets of electoral corruption — a subject for another article). In 2018, only 48,000 nonresidents actually voted in one of the 126 polling stations spread across the world. They accounted for a little over half of registered expatriates and 2.5 percent of total votes cast in the elections.

In reality, Lebanese residents massively partake in elections. And it’s safe to bet on an important turnout of nonresident voters given their level of mobilization and involvement in the country’s political life. In any event, expatriates make up a major electoral block that is likely to influence the elections’ results. Guaranteeing their effective right to vote is all the more crucial as emigration stands as the direct consequence of decades of disastrous public policies and mismanagement by the powers that be. If nonresident voters are discriminated against, they would be doubly stripped of their citizenship rights: a first time after their economic and social rights have been violated, forcing them to emigrate, and the second time after being deprived of their fundamental political rights.

Hence the inanity of confining nonresidents’ representation to six seats. And while it is true that some countries do allocate a number of MPs for their expatriates in order to facilitate the expression of issues that are specific to them in their relations with their country of origin, the stakes are of more of a global kind in Lebanon’s case. It is about Lebanese expatriates continuing to be directly involved in the country’s political life, let alone in the wake of the major upheavals that are currently shaking it, 30 years after this failed postwar system was put in place.

In 2018, nonresidents voted in the electoral district of their registration, as if they were living in Lebanon. This provision, considered as a temporary one, must prevail and the necessary legislative amendment should not be used as a pretext for postponing the general elections. In any case, this matter is an important indicator of the established ruling class’s intentions.

Kulluna Irada is a nongovernmental organization founded and exclusively financed by Lebanese living in the country or abroad.

The so-called democratic nature of Lebanon’s political system has largely been undermined since multiple overlapping crises have led the country’s economic and social fabric to tear at its seams. Along with several fundamental principles of the rule of law that are being widely transgressed, an electoral system that is based on the fair representation of citizens should stand as one of the...