What will become of the Beirut port blast probe that the political ruling class is trying to sabotage?

Tarek Bitar, the lead investigator into the Beirut port explosion investigation, faces two scenarios: either he will resign or be removed from his post, or he will issue an indictment despite all the challenges, according to several observers who spoke to L’Orient-Le Jour. 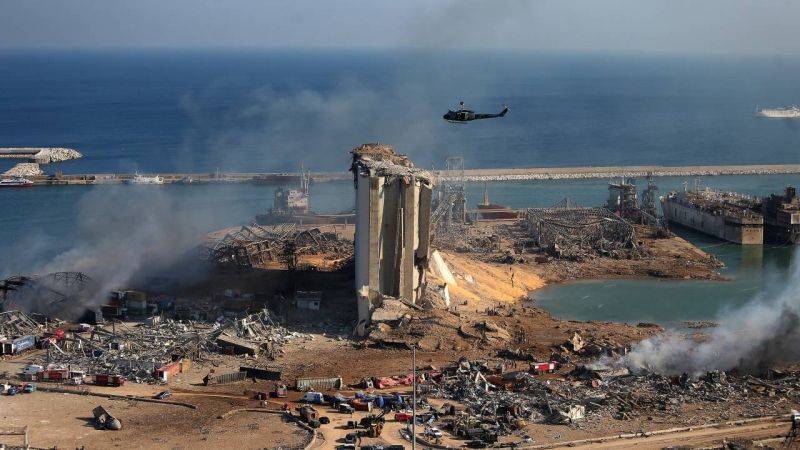 It is no longer simply a path strewn with pitfalls the investigative judge has to tread to reveal the circumstances of the Aug. 4 Beirut Port explosion and those responsible for it. It appears that Tarek Bitar is reaching a dead end with no breakthroughs in sight.

Every time the lead investigator tries to question a senior official, the political, religious, and judicial powers are quick to join forces against him to hinder the investigation process, brandishing arguments based on constitutional and legal texts they interpret in such a way as to suggest that the judge is incompetent.

In the face of this orchestrated effort aimed at torpedoing the investigation, will Bitar, who took up this mission back in February, be able to make a breakthrough in the probe that was launched by his predecessor, Fadi Sawwan, over a year ago?

Or will the political ruling class, with its maneuvers and schemes, end up brushing him aside through effective legal means?

According to several observers who spoke to L’Orient-Le Jour, there are two potential scenarios: either the judge will resign or be removed like his predecessor, or he will make an indictment elucidating the port explosion’s circumstances and those responsible for it.

On Thursday, Bitar issued a subpoena for caretaker Prime Minister Hassan Diab after the latter failed to show up for questioning. The judge decided to postpone Diab’s session to Sept. 20 — a move that earned him attacks from all sides.

The Consultative Gathering, a parliamentary group made up of Sunni MPs close to Hezbollah, held that only Parliament can accuse a prime minister of “negligence and dereliction.”

For his part, Hezbollah Secretary-General Hassan Nasrallah reiterated his accusations that the inquiry into the explosion is “politicized.”

The Parliament also joined the pile-on, via its secretary general, Adnan Daher, who said that the investigative judge showed incompetence when he requested Diab to show up for interrogation and urged the public prosecution to take “appropriate measures” in response.

Any subpoena can only be executed through the public prosecution, which gives instructions to the judicial police to bring the accused before the judge.

A source close to Court of Cassation Advocate-General Ghassan Khoury, who is acting as public prosecutor in the port investigation case, told L’Orient-Le Jour that the latter will decide 24 hours before Diab’s interrogation on Sept. 20, whether to execute Bitar’s request.

Before that, caretaker Interior Minister Mohamed Fehmi rejected Bitar’s summoning of Maj. Gen. Abbas Ibrahim, the director-general of General Security – a decision that was endorsed by Khoury.

Meanwhile, Director General of State Security Tony Saliba, who was also summoned for questioning, was given cover by the Higher Defense Council, chaired by President Michel Aoun.

In July, Parliament presented a petition to conduct its own investigation and then, potentially, bring these top officials before the Supreme Council — a judicial body tasked with trying presidents and ministers.

What’s more, Ghassan Oueidat, the country’s chief prosecutor at the Court of Cassation, recused himself from the case in December, citing kinship with Zeaiter, delegating the case to Khoury. On Monday, Ouiedat said that the Supreme Council was the sole body with jurisdiction to deal with this case — much to the displeasure of the families of the explosion victims.

At any the cost

Is Tarek Bitar going to continue to take the risk in a territory so riddled with land mines? A source familiar with the case told L’Orient-Le Jour that the judge is still determined to proceed with the investigation, “at any cost.”

Driven by the conviction that it is absolutely indispensable to hold accountable any person responsible for the tragedy of Aug. 4, in one way or another, he issued an arrest warrant Tuesday against Hani Haj Shehadeh, a former member of the Higher Council of Customs, after questioning him for six hours in the presence of his lawyer, the former Beirut Bar Association head Antoine Klimos.

While it appears difficult to arrest ministers, the investigative judge believes it is within his remit to to prosecute them, because “it is about a tragedy that was caused by [their] acts that led to deaths and destruction,” the aforementioned source says, contrary to “the claims” of the various political, religious and judicial authorities, which consider that the implicated ministers are accused of negligence in the performance of their duties. Therefore, the argument goes, they should be tried before the criminal courts and not before the Supreme Council — something that Parliament is pushing for.

Commenting on whether or not Judge Bitar will carry on with his mission, another magistrate who declined to be named, says that it depends on his ability to maintain “serenity” in his work, despite the “nonsense” by the ruling class opposing him.

The magistrate did not rule out the possibility of Bitar being dismissed from the case, as happened with Judge Fadi Sawan. However, apart from these two scenarios, he notes that “there is nothing that can stop Judge Bitar from carrying on with his probe and including the results in his indictment which he would then submit to the Court of Justice,” whose judgments cannot be appealed.

Commenting on the possibility that Judge Bitar might give up the case, Paul Morcos, founder and manager of JUSTICIA, a Lebanese law firm, indicated that it is a very small risk.

“If he wanted to step down, Tarek Bitar would have declined to take up the task that was offered to him in the first place. As he was totally aware of the risks and challenges that the ruling class forced on his predecessor, he agreed to take office in full knowledge of the facts,” Morcos says.

Moreover, he said that although the summoned officials did not appear before the judge, the investigation is unlikely to be halted for this reason and added that “whatever the hurdles, the judge can still bring an indictment” against them.

Judge Bitar “most likely has in his possession information that he needs to support through a cross-reference with the depositions of [the officials] he summoned. Requesting that Hassan Diab or the other suspects show up is not an attempt by the judge to obtain new information as much as it is to verify whether or not the serious evidence he already has is accurate.”

Likewise, Saeed Malek, a public law specialist, believes that the investigative judge could either recuse himself or carry on with the investigation regardless of the hearing of statements from Hassan Diab or other officials.

However, he expressed reservations related to pro forma legal issues.

“Article 85 of the Code of Criminal Procedure states that in case the proceedings require the hearing of a statement from the prime minister, the investigative judge, along with the court clerk, shall go to the person concerned and take his statement [rather than requiring the prime minister to come to the judge] – which Tarek Bitar has not done,” Malek says.

Commenting on the fact that the article mandating this appears under the “hearing of witnesses” section of the code, Mr. Malek underscores that it also applies to the questioning of suspects.

According to him, Mr. Bitar should have gone to the serail to listen to what Hassan Diab has to say.

“In case he was not able to hear him, he would write a report and only then can he issue a summons for him,” he says.

Apart from that issue, Malek perceives that there is a good chance for the probe to go on, particularly since “the pretext that the MPs have immunity will no longer be valid once the new cabinet obtains a vote of confidence in Parliament [at which point the parliamentary session would be over], knowing that no MP can be pursued presently since Parliament is in session,” he says.

Mr. Malek adds that “popular support is another factor in favor of the continuation of the probe that Tarek Bitar is leading.”

For his part, Ibrahim Hoteit, the spokesperson for some of the victims’ families, says that they are determined not to end the pressure before the truth is revealed.

“We intend to visit on Thursday Maronite Patriarch Bechara al-Rai, who, in our eyes, is a valuable support,” Mr. Hoteit says.

It is no longer simply a path strewn with pitfalls the investigative judge has to tread to reveal the circumstances of the Aug. 4 Beirut Port explosion and those responsible for it. It appears that Tarek Bitar is reaching a dead end with no breakthroughs in sight.Every time the lead investigator tries to question a senior official, the political, religious, and judicial powers are quick to join...

Mikati reiterates his support for Frangieh, saying the Marada leader could form a 'winning duo' with Berri