​​Here’s what happened yesterday and what to expect today, Wednesday, Sept. 1 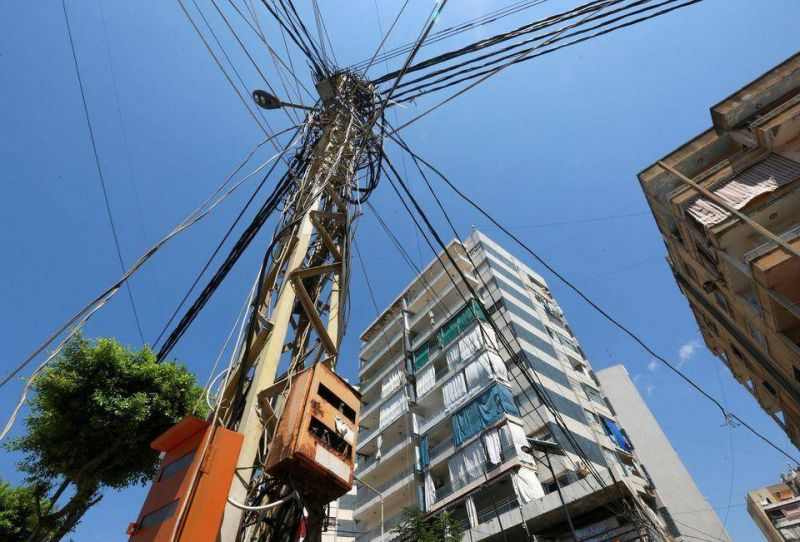 MPs meet in committee today to examine a deal to give Lebanon 1 million tons of Iraqi fuel oil in an attempt to take the edge off of crippling nationwide electricity cuts. Caretaker Energy Minister Raymond Ghajar said in July that the quantity of fuel would be sufficient for four months of electricity and was worth around $300 million to $400 million. However, since the Iraqi fuel oil is not compatible with Lebanon’s power plants, it will be swapped for usable fuels by a third party; last week, the Energy Ministry announced that Emirates National Oil Company (ENOC,) had won a tender to swap an initial 84,000 tons of fuel. Lebanon is set to pay Iraq for the fuel via a dedicated, dollar-denominated account at Banque du Liban; however, withdrawals from the account should be made in lira at the Sayrafa rate, now around LL16,600 per dollar. Prior to the committee meeting, MPs characterized the deal as a semi-donation by Iraq. The first delivery is scheduled for the third week of September.

The investigator into the Beirut port explosion issued an arrest warrant for senior customs official Hani Haj Shehadeh, a judicial source told L’Orient Today. Judge Tarek Bitar issued the warrant after questioning Shehadeh for six consecutive hours; Shehadeh had been charged in the case in November of last year. This is Bitar's latest attempt to crack down on officials who allegedly knew about the presence of thousands of tons of ammonium nitrate haphazardly stored in the Beirut port, which led to at least 218 deaths and thousands of injuries. Last week, Bitar issued a subpoena and ordered security forces to ensure caretaker Prime Minister Hassan Diab appears for questioning on Sept. 20 after he failed to turn up for a scheduled interrogation. Diab and other officials had knowledge of the ammonium nitrate, but none have been held accountable thus far.

Nearly 7,000 pills of out-of-stock medicine were seized in another round of warehouse raids targeting drug hoarding. Caretaker Health Minister Hamad Hassan said that some of the medicine uncovered were needed to treat burn victims from the deadly Akkar fuel tanker explosion over two weeks ago, which killed more than 30 people and wounded dozens. This news comes on the heels of a raid last week during which more that 130 boxes of medical supplies used to treat cancer were found in a warehouse belonging to former head of Lebanon’s pharmacists’ syndicate, Rabih Hassoun. Authorities have blamed medicine shortages on hoarding and smuggling by individuals and companies.

Parliament’s Finance and Budget Committee approved an additional allocation of LL1.2 trillion at a meeting chaired by MP Ibrahim Kanaan yesterday. Amid a 90 percent depreciation of the lira, the allocation is expected to go toward the urgent needs of the army and the health, fuel and education sectors. However, the precise destination of the funds was not defined, with MP Yassine Jaber telling L'Orient Today they will go into the budget reserves. The amount still needs to be approved in Parliament before it can be disbursed.

Flour mills may halt operations due to fuel shortages, threatening the future production of bread, the Lebanese flour millers' association said. “The association is calling out to all concerned officials to work quickly before it is too late, diesel supply for all the mills has run out and they may stop working gradually starting today,” a statement from the group said yesterday. Fuel-reliant industries and factories in Lebanon have been unable to acquire enough diesel to power their generators in the absence of state electricity which is barely providing a few hours of electricity per day.

Importing companies now have permission to sell unsubsidized diesel to whoever is interested at a new rate. The decision signed Monday by caretaker Energy Minister Raymond Ghajar, which came into force yesterday, allows importing companies to sell diesel oil to whoever wants to buy it at a rate of $536, in addition to a transportation fee of LL112,000, per thousand liters. It expands on another decision issued last week that allowed such diesel to be sold to industrial and “economic sectors” in an effort to tackle fuel shortages. Demand for diesel has skyrocketed as generators attempt to fill the gap left by the cratering of power supply from the state electrical utility; meanwhile, supply has been restricted as Banque du Liban seeks to end costly fuel subsidies.

Want to get the Morning Brief by email? Click here to sign up.MPs meet in committee today to examine a deal to give Lebanon 1 million tons of Iraqi fuel oil in an attempt to take the edge off of crippling nationwide electricity cuts. Caretaker Energy Minister Raymond Ghajar said in July that the quantity of fuel would be sufficient for four months of electricity and was worth around $300...