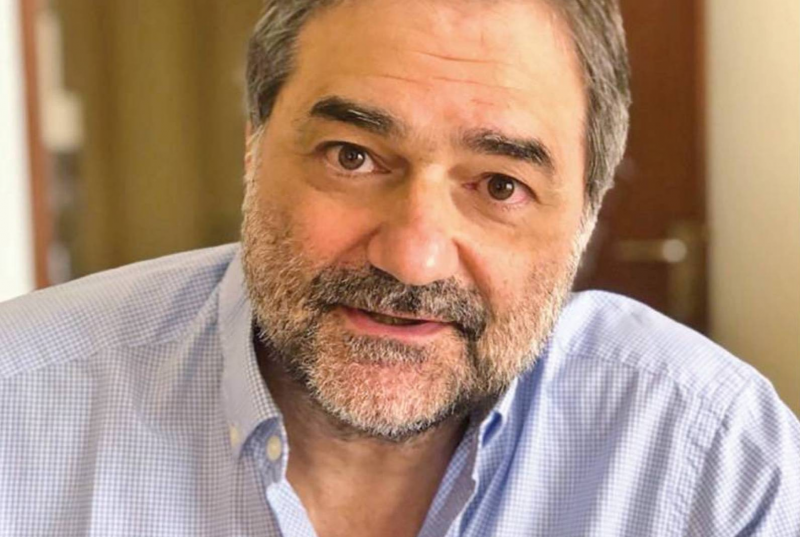 Joseph Bahout is the director of the Issam Fares Institute at the American University of Beirut. (Credit: OLJ)

Sectarian incidents over the weekend between the residents of Christian-majority Maghdoucheh and Shiite-majority Anqoun in southern Lebanon, against the backdrop of fuel shortages and the socio-economic crisis, seem akin to a mini-civil war.

As security tensions mount in various parts of the country, heightened by social media, Joseph Bahout, a political analyst and the director of the Issam Fares Institute for Public Policy and International Affairs at the American University of Beirut, voices concerns about more alarming security spillovers, particularly since the institutional vacuum in the country is likely to grow larger. However, he perceives that the elements for a proper civil war like that of 1975 are not yet in play, given the absence of a regional sponsor. At least for now.

How do you interpret the incidents that have been going on between the residents of Maghdoucheh and Anqoun?

We do not have enough information about the facts of what happened in Maghdoucheh, particularly the precise role played by the Amal Movement and its leader, Parliament Speaker Nabih Berri. I am therefore reluctant to make any final conclusions.

In general, it is obvious that sporadic violence and security incidents of increasingly higher severity have been surging for a while. They are not all similar to one another, but they can shift toward escalated insecurity.

At the first level, this social violence has already claimed lives since the onset of the crisis. The people’s exasperation, their mounting edginess, the spreading impoverishment and the fact that control mechanisms are increasingly weak, leaving security forces overwhelmed, have all resulted in violence in supermarkets, toward banks and at gas stations.

The second level consists of more important incidents given their sectarian and political nature, including those in Shwaya [between Druze villagers and members of Hezbollah], Akkar, Khaldeh [between Sunni Arab tribes and members of Hezbollah]. The most recent incident between Anqoun and Maghdoucheh falls in the same category. These events are triggered by social disputes against a background of economic scarcity or a race for resources, before they take on a sectarian and political character, depending on where they take place.

Do you fear that the sectarian factor could become dominant?

Social tensions, which have been present for two years, cannot be contained without eventually leading to social violence. At some point, this violence will shift to political and sectarian violence, for reasons related to the Lebanese system, because the security forces are short of breath, are bankrupt, gripped by the crisis, and less and less positioned to safeguard public order.

It’s a situation that carries the risk of spiraling out of control, and generates a breeding ground for local or regional political forces to play on this dynamic so as to achieve gains. To achieve this end, there will be a need for a regional entrepreneur of violence that has the will and the strategy to provide the momentum and resources, a political argument and speeches that raise tension. At some point, in light of the security forces’ inability to assume their responsibilities, everyone might be inclined to bring about some order, which raises fears of a descent into chaos.

Is there a plan to lead the country to the brink of a mega-implosion, or even a civil war, like in 1975?

A civil war does not simply start because there is violence, disputes, clashes or social scuffles that can sometimes become politicized. It cannot be triggered by gasoline shortages, either. A civil war cannot break out unless there is real political will and a political confluence between a local party and regional parties.

However, so far, even though one may analyze that there are parties that may want to plunge the country into a cycle of violence, and that both parties of the regional political spectrum may have an interest in doing so, whether it is Israel, the Gulf or Iran, we are still at a stage where they have not decided to do so yet.

Furthermore, even though some local forces may have an interest in a strategy of tension, they have no interest in seeing insecurity exceeding a particular point, because it would become very difficult for them to keep their people under control. That is because the political gains they seek to achieve from it are still illusory. Hence, violence will continue to be contained.

Nevertheless, if state structures continue to disintegrate, most importantly the security forces, if the institutional vacuum grows bigger, in the absence of a government, a Parliament at the end of its term, a presidency at the end of its term, i.e. a situation similar to the one in 1988–89, a Somalia-like scenario could happen. But we’re not there yet.

Sectarian incidents over the weekend between the residents of Christian-majority Maghdoucheh and Shiite-majority Anqoun in southern Lebanon, against the backdrop of fuel shortages and the socio-economic crisis, seem akin to a mini-civil war.As security tensions mount in various parts of the country, heightened by social media, Joseph Bahout, a political analyst and the director of the Issam...