We need an international fight against grand corruption 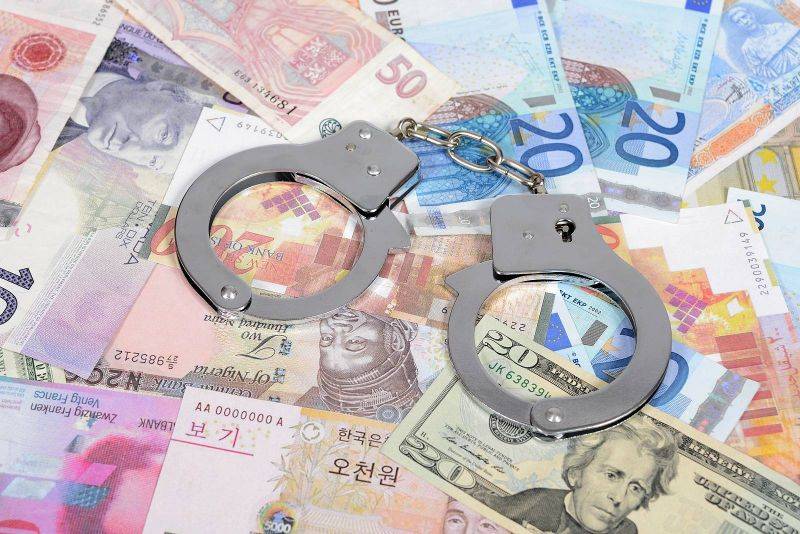 This year on June 2-4, the UN General Assembly held its first ever Special Session against Corruption, UNGASS 2021. The UNGASS was supposed to adopt a strong political declaration recognizing grand corruption as a serious global challenge, stressing that impunity cannot continue and that enforcement measures are needed to help societies achieve justice.

Two months earlier, nearly a hundred NGOs and civil society organizations signed an open letter calling on UN member states to adopt such a declaration and create an intergovernmental working group “to develop technical proposals for new frameworks and mechanisms that would address weaknesses in the current international legal framework and infrastructure”; however, the proposal was not included in the final political declaration, which, as Transparency International pointed out, is largely a reminder of the obligations already stipulated in the UN Convention Against Corruption of 2003. This missed opportunity is particularly worrying, especially for countries where corruption remains a national scourge, such as Lebanon (which ranks 149th out of 180 countries in Transparency International’s latest Corruption Perceptions Index).

Corruption, as we know it, undermines in many different ways governments’ ability to provide effective, inclusive and accountable services. It erodes people’s trust in institutions, their compliance with rules and their capacity to request and defend their rights. It impacts peace, stability, security, the rule of law, gender equality, the environment and human rights. But in some countries, the devastating consequences of corruption can cause a humanitarian and economic disaster.

Corruption, indeed, can lead to much, much more than one could possibly imagine. The deadly Beirut port explosion on Aug. 4, 2020, is now considered one of the most powerful artificial non-nuclear explosions in modern history. The blast was felt across Turkey, Syria, Palestine, parts of Europe, and was heard in Cyprus, more than 240km away. It was detected by the United States Geological Survey as a seismic event with a magnitude of 3.3.

It ripped through the Lebanese capital, causing hundreds of casualties — among them children — injuring 7,000, leaving 300,000 homeless and causing $15 billion in damages. Years of history and heritage were decimated in one blow.

A cargo of 2,750 tons of ammonium nitrate (equivalent to around 1.1 kilotons of TNT) had been stored in a warehouse without proper safety measures for some six years, after having been unloaded from an abandoned ship — all facilitated by the collusion of private-public interests and deep-rooted corruption.

Last May, a report by the World Bank created a buzz around the world when it asserted that the Lebanon crisis is a man-made collapse, likely to rank in the top 10, possibly top three, most severe episodes of economic crisis globally since the mid-19th century. Many factors contributed to this fall, including geopolitical fragility, conflict and violence, the fallout of the war in neighboring Syria and the weight of hosting a substantial refugee population, and, recently, the COVID-19 pandemic …. All these factors contributed to the crisis. But the bedrock is no doubt decades of economic policy mismanagement, entrenched state capture by Lebanon’s kleptocracy and a disastrous, deliberate policy of inaction.

Yet, the worst crime, the silent crime, was committed against Lebanon’s institutions and those civil servants who have been “resisting” state capture from the inside — the “counterpowers” (“contre-pouvoirs”) as they are termed in an analysis by the French sociologist Pierre Rosanvallon (La Contre-démocratie: La Politique à l'âge de la défiance, Seuil, 2006) — some of whom we lost in unexplained incidents, such as the retired Customs colonels Mounir Abourjeily (last December) and Joseph Nicolas Skaff (in 2017).

The lesson to draw is that corruption kills, and that the fight against corruption is a fight for survival. Prevention is a main pillar, but for this, a whole-of-society effort is a must. We all need to work harder to foster a culture that condemns impunity and rewards accountability. We need to do so every day and everywhere: in the public sector, the private sector, local communities, syndicates and professional groups, and among student and youth groups. Everywhere!

It is for this same reason that we need to recapture our institutions, starting with the judiciary. It is the cornerstone of our battle to regain public trust and to deliver on the promises of the 2030 Agenda for Sustainable Development. Countries cannot be built in the absence of state institutions.

UNGASS 2021 was not the game-changer we expected it to be for the world, and certainly not for Lebanon. But this is not end of the game.

We will continue to fight back and to call for international mechanisms that can address impunity for grand corruption, especially when countries themselves are unable or unwilling to pursue the offenders. This may include alternatives, such as international investigative agencies, ad hoc international prosecutions or investigative functions, as well as others mechanisms, such as the International Anti-Corruption Court. In June 2021, over 100 Nobel laureates, former presidents, high court justices, business leaders and other prominent leaders from over 40 countries signed a declaration to support the creation of such a court, which would operate in last resort, prosecuting corruption cases that its member states are unwilling or unable to pursue themselves.

For the survivors of the blast and of the many wars in Lebanon, only justice can heal the deep-rooted pain in our tormented region. Without justice there will be no sustainable peace in this country, nor in many countries of the MENA region, and certainly no sustainable governance.

Lamia Moubayed Bissat is co-chair of the UN Committee of Experts on Public Administration.

This year on June 2-4, the UN General Assembly held its first ever Special Session against Corruption, UNGASS 2021. The UNGASS was supposed to adopt a strong political declaration recognizing grand corruption as a serious global challenge, stressing that impunity cannot continue and that enforcement measures are needed to help societies achieve justice. Two months earlier, nearly a hundred NGOs...