Creating the conditions for a radical change in governance 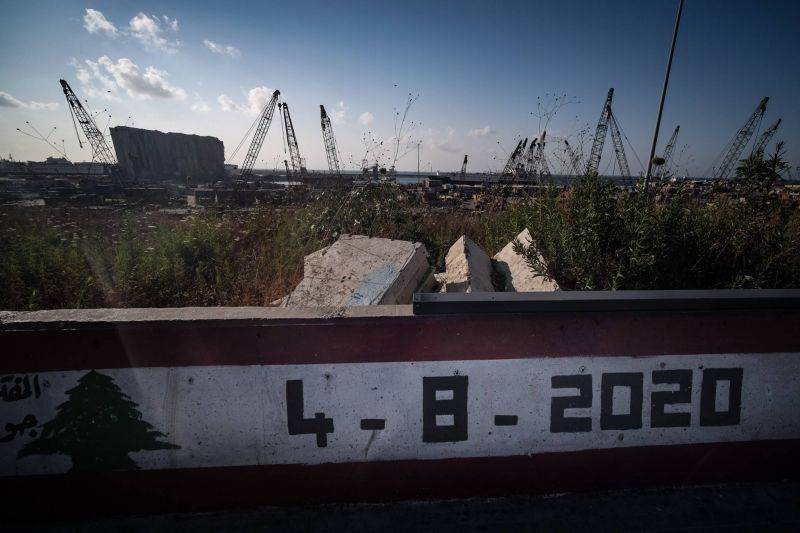 The commemoration of the Beirut Port explosion on Aug. 4, 2020, comes amid an atmosphere of unprecedented decay of Lebanon’s institutions and socio-economic fabric. Amplified by the humanitarian crisis, we face the painful reality that the “Lebanon of Yesterday” is gone. Already deeply weakened, the Lebanese state has completely disintegrated following the port blast.

In the midst of its collapse, the Lebanon of Yesterday continues to decay into a crude and irresponsible political system; a breeding ground for clientelism and confessionalism that has put an end to any meritocracy and indoctrinated a state of “mafiocracy.”

In the face of pessimistic stances, and those who want to intimidate us and keep us under their control, we, the Lebanese of Lebanon and the diaspora, commit ourselves to unite our efforts, our skills, our expertise and our networks to create the necessary conditions for a radical change.

We want to rebuild Lebanon. A Lebanon where everyone’s rights and dignities are recognized. A Lebanon whose state is governed by the rule of law. A nation of freedoms that celebrates our differences and promotes a society based on merit, concerned with sustainable development.

Lebanon must regain its sovereignty, and must keep itself away from any armed conflict when its interests are not at stake, without being indifferent to the fate of the oppressed peoples of the region.

Faced with the urgency of the situation, we call on the governments of allied states, and host countries of the Lebanese diaspora, to cease all support to our morally bankrupt political class, devoid of any legitimacy. A political class who has clung to power by exploiting Lebanon’s diversity and alienated people against each other. A political class who has mastered the art of requesting foreign aid, not to alleviate people’s suffering, but to ingrain people’s allegiances to them. After imposing an exorbitant adjustment cost on the population due to its deliberate refusal to manage the crisis it caused, it is unacceptable that it bails itself out through further external support, while the Lebanese people are impoverished by the day.

We call for the launch of judicial procedures that would allow the prosecution of politicians for their plundering of public assets and bank deposits, as well as for their repeated actions which led to the country’s demise.

We believe that the recovery of the Lebanese state requires:

Governance: The acknowledgment that the existing political system has failed its mission to govern and protect the Lebanese society.

Transitional government: The formation of a transitional government with exceptional legislative powers and a program to halt the economic and social collapse. Said government should establish the basis for a new sustainable growth model and lay the groundwork for a new democratic political system. With the support of bilateral donors, and international organizations such as the UN and the World Bank, and in the framework of a program with the International Monetary Fund, the government should (a) adopt a comprehensive plan to cover basic energy needs in order to respond, in the very short term, to the country’s electricity and hydrocarbon shortages, and (b) put in place temporary health and social safety nets to deal with the exponential poverty of the population, thus preventing the political class from exploiting people’s misfortune.

Accountability: An end to the impunity that the public authorities have enjoyed since the amnesty cleared their warlord crimes. The amnesty cannot in any way cover up the events that took place after the Civil War and in particular the explosion of the port. Giving justice to the victims of the explosion is a mandatory step to restore justice, the cornerstone of any democratic state.

Elections: Fair and transparent legislative elections in May 2022 void of voter intimidation, fraud and corruption, regardless of the current electoral law’s vices.

Army: Material and political support to the Lebanese Army, a national institution that still has the trust of the population and is capable of preventing Lebanon from drifting into anarchy or civil war.

We commit to bring together all our energy and resources for the emergence of a new political force capable of imposing an alternative to the oligarchic system that holds the country hostage to ensure Lebanon can be reborn on par with the great dream that led to its foundation.

The commemoration of the Beirut Port explosion on Aug. 4, 2020, comes amid an atmosphere of unprecedented decay of Lebanon’s institutions and socio-economic fabric. Amplified by the humanitarian crisis, we face the painful reality that the “Lebanon of Yesterday” is gone. Already deeply weakened, the Lebanese state has completely disintegrated following the port blast.In the midst of its...