Here’s what happened yesterday and what to expect today, Tuesday, Aug. 3 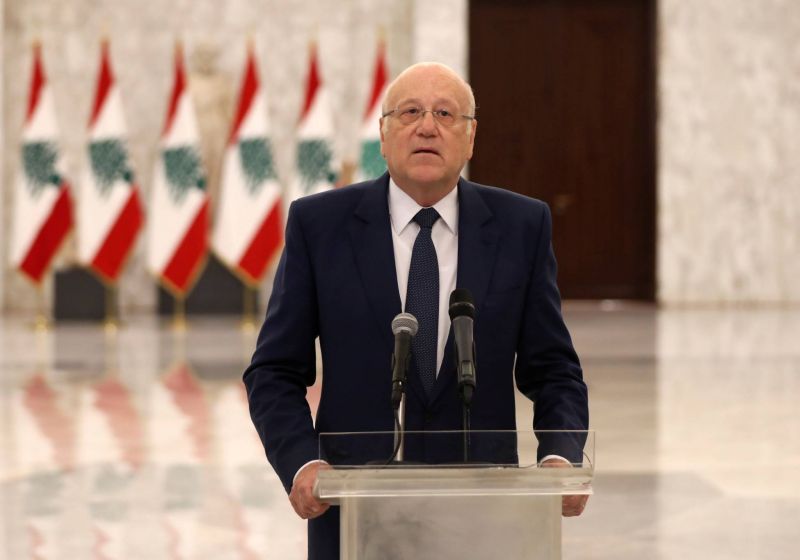 Najib Mikati confirmed there would be no cabinet formed ahead of the Aug. 4 port explosion anniversary. “Although I hoped a cabinet would be formed by Aug. 4, President [Michel] Aoun had other engagements,” the prime minister-designate said after meeting with Aoun for less than an hour yesterday. Mikati described the government formation process as “slow” and said Aoun “is busy prior to the Aug. 4 memorial.” Mikati said he will meet with Aoun again on Thursday and is hopeful that progress will then be made. However, local media outlets report that the political bickering that has hampered government formation efforts over the past year continues unabated and is as likely as ever to scupper Mikati’s plans.

Gebran Bassil joined a slew of political figures voicing support over the past several days for lifting MPs’ parliamentary immunity in relation to the port explosion probe. Going a step further than his peers, the Free Patriotic Movement leader upped the ante yesterday afternoon by calling on Parliament Speaker Nabih Berri to convene a parliamentary session “in the next 48 hours” to vote on the matter, as stipulated by Article 40 of the constitution. By yesterday night, Berri had issued no notice of an imminent parliamentary session. The lead investigator in the port probe, Judge Tarek Bitar, is seeking to prosecute three sitting MPs as well as several other high-level officials.

Meanwhile, the families of those killed in the blast issued their own deadline, calling on authorities to strip immunity from officials “within 30 hours.” A spokesperson for the group warned that the families are “done with … peaceful protests” and will move toward “more confrontational” actions if their demands go unmet. In anticipation of protests, the Higher Defense Council yesterday discussed security measures to be taken over the Aug. 4 anniversary to “protect demonstrators” as well as “public and private property.” Rights groups accused Lebanon’s security forces of excessive use of force against demonstrators in the aftermath of the port explosion last year.

The Lebanese Army reportedly made multiple arrests yesterday in connection with Sunday’s firefight in Khaldeh, which left at least two dead. The army confirmed the arrest of a shooter allegedly involved in the incident, which was triggered when a volley of gunfire was unleashed on the funeral procession of Hezbollah member Ali Chebli. Chebli had been killed on Saturday night while at a wedding party. Media reports and video footage shared with our sister publication L’Orient-Le Jour also indicated that the army arrested Sheikh Omar Ghosn, a Salafist-learning representative of the Sunni Arab tribes in Khaldeh, and his son in connection to Sunday’s armed clashes. Sunday’s incident is the latest violent outbreak in a longstanding feud being the area’s Hezbollah supporters and members of the Sunni al-Arab clan.

Wildfires again broke out yesterday in various regions of the country. Among the new blazes were a forest fire near the village of Qomam in Dinnieh, North Lebanon, and a dry grass fire in a field in a residential area on the road to Burj al-Muluk in Marjayoun, South Lebanon. The Civil Defense meanwhile issued a report yesterday saying it had extinguished 133 fires across Lebanon in the previous 72 hours — 102 of them in grassland or wooded locations. The blazes extinguished included seven forest fires — one in Bint Jbeil, two in the Chouf, three in Akkar and one in Mount Lebanon. This year’s fire season has come early, experts say, warning that the severity of fires could increase, especially in October and November, at the end of the dry season.

Human Rights Watch will this morning publish a major investigative report on the Beirut blast, revealing what government officials knew about the ammonium nitrate stored at the port and detailing the actions they took — or failed to take — to safeguard the population. The HRW report comes hot on the heels of an Amnesty International statement calling on authorities to lift immunity for officials summoned in relation to Lebanon’s investigation into the blast “regardless of their role or position.” Last month, Amnesty International wrote to the UN Human Rights Council with a coalition of more than 50 Lebanese and international organizations, calling for an international investigative mission, such as a one-year fact-finding mission, into the Beirut blast. The letter highlighted the procedural and systemic flaws that prevent Lebanon from meeting its international obligations to provide redress to victims. Lebanon’s domestic investigation into the blast is on its second lead investigator and has produced no tangible results and held no top-level officials to account in almost a year.

Want to get the Morning Brief by email. Click here to sign up.Najib Mikati confirmed there would be no cabinet formed ahead of the Aug. 4 port explosion anniversary. “Although I hoped a cabinet would be formed by Aug. 4, President [Michel] Aoun had other engagements,” the prime minister-designate said after meeting with Aoun for less than an hour yesterday. Mikati described the government...