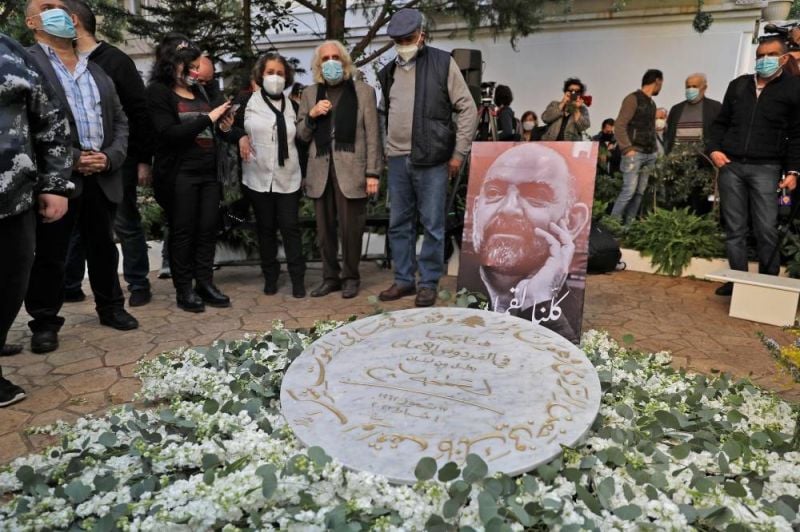 “No more impunity; the only way to render justice to Lokman Slim and all other victims and martyrs.”

This was the first of so many Facebook posts I read on Feb. 4; all my virtual community is screaming bloody murder in a desperate outcry of anger and rage.

Five bullets in the head and one in the back; this is how they finally silenced Lokman Slim. He was threatened, kidnapped and executed. His body was found in his car, in a village of South Lebanon, that falls under the total control of Hezbollah.

Lokman was an abrasive and highly articulate Hezbollah opponent. He was a thinker, a writer, a publisher, a relentless activist, a wordsmith, an erudite, an intellectual and the preserver of the Lebanese memory of its Civil War and troubled past, among many other things.

But he wasn’t just any Hezbollah denouncer; he lived in the midst of their stronghold and was Shiite himself. This never sat well with those he systematically referred to as mafia, militia and thugs. He was constantly threatened and intimidated, and he suffered a methodical character assassination by being accused of being a “Zionist collaborator,” a traitor and a spy.

“Watch your back,” “Glory to the gun silencer” and other similar posters were plastered all over the fence of his residence in Haret Hreik. The images of him on TV, sitting behind his desk, taking photos with his phone of the threat notes scattered in his office, struck me deeply; he was an archivist as well …

I knew Lokman, I knew him well, as I worked with him closely until 2012. He regularly invited me as a speaker about memory and trauma issues. I used to fly in from Paris to participate in round tables about accountability and impunity. We even founded an advocacy group together, which we named Citizen L. I also ended up partnering with his institute in order to set up a group therapy program for torture victims: my patients were all Lebanese citizens who had been kidnapped, imprisoned and tortured in Syria by the Assad regime.

We became friends, and work partners, until we weren’t. I did not appreciate it when further harm was done to my distressed patients as they ended up being used and re-victimized for a documentary film called “Tadmour” that Slim and his wife decided to execute against my explicit professional opinion. But they were surely committed to their vision to have proceeded in that way. It did not end well and both the partnership and the friendship were terminated. I was both emotionally and professionally shaken for a long time after this experience. Lokman certainly had a dark side — don’t we all — but he wasn’t scared to use it.

Slim had a complex and intricate personality, but one thing about him that does not withstand nuance was his commanding eloquence and outstanding courage, and despite my personal experience with him, I was always able to see and respect these striking qualities.

Waking up to terrible news in Lebanon is our daily bread, but some mornings are worse than others. To me, the horrific news of the assassination of Lokman Slim was only matched by my own first reaction. Replying to the friend who broke the news to me, I typed these words: “May he Rest in Peace, I’m surprised it took them that long.”

You end up having that sort of hybrid, inherently incoherent reaction — a mixture of shock and long-feared expectation; a blend of deepest primal terror and immediate revolted anger — when you are subdued long enough by violence and insecurity, and when you have been immersed over and over again in a culture of absolute and enduring impunity. It does that to you.

I wonder if even one perpetrator of any political assassination in Lebanon, and they are so numerous, had ever been held accountable for his crimes, would Lokman’s body have been found by a southern roadside? I, as all my fellow Lebanese, know that no one will be arrested, that there will be no serious investigation, that the event will be diluted, that his killer will walk free, that it wasn’t that killer’s first time, nor will it be his last. We also know that others will be assassinated, like so many before them, and probably sooner rather than later. Same fate for the victim: no justice; same fate for the killer: no accountability; same fate for the Lebanese: no truth.

Having no right to the truth gives way to all sorts of conspiracy theories, it divides and creates lack of trust, paranoia, anxiety, anger, fear and depression; those have become the daily components of the reigning mood in the traumatized Lebanese psyche. As for their effect on the ruling class, or, as some like to describe the main leaders of the country, the six-headed monster: an everlasting resilience that thrives in the lack of accountability. A culture of impunity has infiltrated every cell of the country’s dying body.

Slim was killed on Feb. 4; it is not a random date, as it marked the six-month anniversary of the criminal Beirut port explosion. Six months later, the mismanagement of the disaster by the government is, in itself, a crime against humanity. Ever since the blast, Slim had continuously and vehemently accused Hezbollah of being involved, directly or indirectly, in the events that led to the presence of the ammonium nitrate that blew up half of Beirut. The timing of his execution cannot be ignored. There may be chaos in Lebanon, but no such act is ever “spontaneous,” the significance of the timing generated a flood of outrage. His elimination contributes to further neutralizing the Oct. 17 revolutionaries, already systematically repressed by the authorities.

Lokman answered his worried sister who was urging him to be careful: “Do you think death scares me?” After his killing, his sister said: “They have lost a noble enemy.”

And Jawad Nasrallah, son of Hassan Nasrallah, tweeted then un-tweeted: “Not sorry.”

Meanwhile, the rest of us are yelling: “Help, we are kidnapped by criminals!”

Reina M. Sarkis is a psychoanalyst

“No more impunity; the only way to render justice to Lokman Slim and all other victims and martyrs.”This was the first of so many Facebook posts I read on Feb. 4; all my virtual community is screaming bloody murder in a desperate outcry of anger and rage.Five bullets in the head and one in the back; this is how they finally silenced Lokman Slim. He was threatened, kidnapped and executed. His...