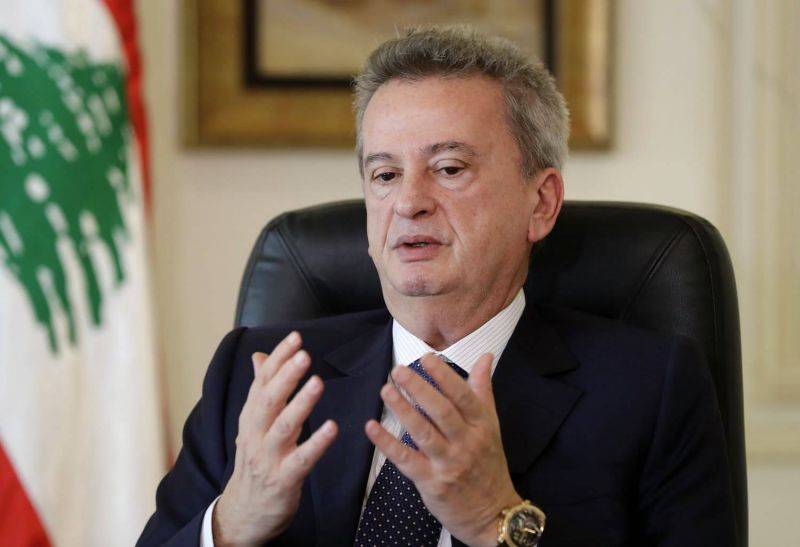 When you think of a communist, the first names that come to mind are Karl Marx, Vladimir Lenin, or Leon Trotsky. In Lebanon, the late George Hawi or Hanna Gharib would be their local equivalents. More recently, maybe former minister Charbel Nahas, or journalists Mohammad Zbeeb or Jad Ghosn, are the revivers of the new left in Lebanon.

Indulge me while I propose an alternate hypothesis.

By now, most people know that most of our dollar deposits were lent to Banque du Liban. Unlike the oft-repeated fallacy that BDL lent them to the government to pay salaries, the truth lies elsewhere. BDL squandered deposits on funding our national addiction of bingeing on imports, through maintaining the lira peg at 1,500 to the dollar (making imports cheaper), as well as literally burning them on hydrocarbons for electricity and automobiles, as the governor himself stated in three recent interviews with Hadley Gamble, Layal Alekhtiar and Bassam Abou Zeid. In his own words, “The funds that we lent to the government are essentially in Lebanese pounds, so we don’t have to use any deposits for that because we are the issuer of the Lebanese pound. We know that the funds that were used for the imports are the reason why the banks have less liquidity.” Allow me to translate: “imports” is code for lira peg. “Less liquidity” is code for “they ain’t got no money.” Of course, another chunk was spent on ponzi interest and profits, such as banks distributing dividends to its shareholders.

At the peak, the banking sector reached almost $180 billion in deposits, more than three times our GDP. Senior bank executives bragged incessantly about the growth in their deposits, even though much of the growth in the last few years was through fictitious interest. Furthermore, the widening of the balance of payments deficit (more dollars flowing out than in) resulted in recycling any “fresh” funds right back out of the country. One executive stated only a year ago, in the typical narrative propagating the myth of the Lebanese miracle of resilience, that Lebanon’s domestic bank deposits would grow more than enough to cover the country’s financing needs. What he didn’t clarify, and what most people missed, is that growth in deposits is, in fact, growth in (bank) debt. In short, bank deposits are liabilities, not assets. It’s similar to my increasing my personal debt to $1 million and then bragging to everyone that I’m now a millionaire.

A few months later, this executive retired and probably pulled his Daman, or social security, from the bank. One can reasonably assume that similar insiders with high levels of intellect promptly moved their money out of the country into the safety of an offshore bank haven. Soon after, the party was over and most people realized that their savings were stuck in limbo, with empty promises by bank officials (and politicians), who progressively became less and less polite with customers they had treated like royalty for decades.

At the peak, 6,000 people owned 52 percent of all deposits, causing Lebanon to have one of the highest Gini coefficients, an indicator of inequality, in the world. However, Marie Antoinette, who during the good times had all the power and fun, today is largely stuck in a similar position as middle class and small depositors. There’s no question that a portion of well-connected folks were able to escape using Super Wasta and other shenanigans, but the BDL reserves lifeboat (currently at $17 billion) is simply not enough for all of them. This is the financial equivalent of the stampede of the passengers of the Titanic, all fighting to get into a few lifeboats, which can only fit a small percent, leaving the rest to sink with the ship.

Thus, when the party was over, they also lost most of their life savings, regardless of how legitimately (or not) it was earned or how easy it was for them to get a reservation at SkyBar in the good old days.

It means that Riad Salameh was Robin Hood, taking money from the rich and giving it to the (employed) middle class and poor. Comrade Riad effectively executed the largest transfer of wealth since the Bolshevik Revolution of 1917.

Like the Bolshevik Revolution, there are exceptions. For example, banker above almost certainly received a letter from his old employer in the last few weeks “urging” him to repatriate 30 percent of his extricated funds back to Lebanon, in compliance with BDL Circular 154. Those, and others like him, if they don’t comply with 154 (or even if they do), are largely scot-free, like Grand Duke Sasha Mikhailovich, living out the rest of his life on the French Riviera until he died in 1933.

If you took a census on the architect of this model, Riad Salameh, in 2016, his approval rating might have been 95 percent, perhaps higher than any Lebanese public figure since our independence. If you repeated the census today, his approval rating probably dropped to 10-20 percent, but what’s ironic is the socio-economic breakdown. The vast majority of the beneficiaries of his largesse, the poor and middle class, today look down upon him with disdain, while most of the rich, who funded this reckless social experiment with their savings, still adore him.

When you think of a communist, the first names that come to mind are Karl Marx, Vladimir Lenin, or Leon Trotsky. In Lebanon, the late George Hawi or Hanna Gharib would be their local equivalents. More recently, maybe former minister Charbel Nahas, or journalists Mohammad Zbeeb or Jad Ghosn, are the revivers of the new left in Lebanon.Indulge me while I propose an alternate hypothesis.By now,...

The battle to save Lebanon’s retirement savings