What does a Biden presidency mean for the Middle East? 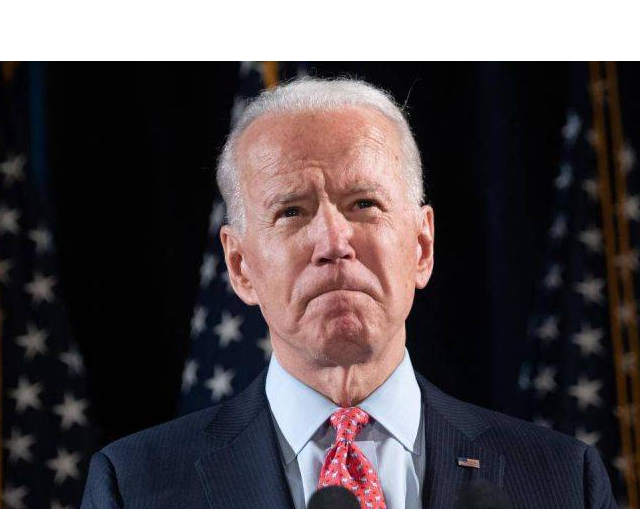 The dialectic of rupture and continuity in foreign policy between the different US administrations has long been a classic issue. The Middle East is no exception here. It is actually one of the most recurring and prominent issues on the table.

The new US administration has to pick up where Trump left off and with what he has passed on to his successor, America and the world. This could be a heavy burden, often with irreversible changes. Yet, it could also be useful on occasion, and perhaps make way for opportunities.

In terms of continuity, the Biden presidency will maintain the gradual but relentless US disengagement from the Middle East, a policy that first emerged under Barack Obama.

Certainly, it is by no means a question of withdrawal, but rather an egoistic “lighter American footprint.” Fewer troops on the ground or in scattered bases, whether in Afghanistan, Iraq or even in the Gulf, has become the Pentagon’s new approach. This is particularly true since the undeniably failed US venture in Iraq and the definite end of the “nation-building” illusion, something Washington no longer claims to be its prerogative.

Instead, and along the lines of Obama’s framework, the US now seeks to consolidate geopolitical and security subcontracting of certain dossiers.

This applies to both its friends and rivals. The Saudi-Emirati duo is in Yemen, with “Little Sparta” (i.e. the UAE) having a more prominent role to play. Russia in Syria is setting up its mechanism along the lines of the Astana model. Israel, on the other hand, is present in all issues but always in the background, and its alliance with the US has been consolidated with unparalleled complicity between Donald Trump and Benjamin “Bibi” Netanyahu.

This comes against the backdrop of Obama’s “leading from behind,” or Trump’s “we don’t have a dog in this fight,” projected in the use of instruments of light and dematerialized “smart power,” heavy use of drones, financial sanctions and cyberattacks.

There is no reason to believe that Biden will not go in one of these two directions when it comes to taking on the upcoming challenge: the rise of China as a commercial and financial power, but above all as a military power expanding beyond its sphere of influence.

Moreover, Trump is leaving office after having, sometimes brutally — as was the case for his unilateral withdrawal from the JCPOA — redressed the balance between “Shiite” Iran and the “Sunni” oil-rich monarchies, at the risk of having given the latter the illusion of an unconditional blank check.

Regarding the Israeli-Palestinian conflict, the region’s oldest bone of contention that Washington no longer regards as the matrix of all other conflicts, Trump exits the scene after having practically liquidated the Palestinian cause and paved the way for convergence, and probably soon, alignment between the main Arab countries and Israel.

Joe Biden will not only have to turn the tide. He will want to smooth the edges on certain issues that risk placing the US back in the center of the game only to be stuck there, and bring about a semblance of order in what is starting to look like disruptive and not quite creative chaos.

On the Israeli-Palestinian issue, Biden is a proclaimed great friend of Israel but also of Netanyahu, with whom he nevertheless disagrees on almost everything. The president-elect, however, has a much more traditional take on things. In this sense, humanitarian and economic aid to the Palestinian Authority will certainly be resumed, with a rapprochement between Ramallah and Washington and the possible reopening of Palestinian representative offices in the US.

Although the “two-state solution” and the principle of “land for peace” will also likely return to the table, the fact that Biden has pledged to preserve Jerusalem as the capital of Israel appears embarrassing and hypocritical.

Basically, the Biden administration will return to the starting line on the Palestinian issue, all the while waiting for a credible Israeli partner to revive this initiative. The same applies to the recent normalization of ties between Arabs and Israel, a godsend for any American president.

In Syria, Biden and Hillary Clinton, in particular, were among the fiercest opponents to Obama’s advisers, and in favor of supporting the Syrian opposition, while Obama’s inaction in response to Bashar al-Assad’s use of chemical weapons, ostensibly a red line for the US, was still resonating.

Here again, Obama's approach, reinforced by Trump’s, will continue: namely, subcontracting almost everything on Syria to Russia, including a “political solution.”

In this regard, Vice President-elect Kamala Harris appears to be more pugnacious on the criminal nature of the Syrian regime, representing a similarity to Samantha Power under Obama. On a more general level, the US will likely cooperate on the ground with Moscow rather than Ankara, given the antipathy between Erdogan and Biden, and the latter’s growing pro-Kurdish stance. The new US administration will be open to radical change on this matter, especially since Biden’s name resonates with an oft-forgotten plan to partition Iraq into three.

Undoubtedly, human rights and the respect of norms will be more present in this new administration, especially when it comes to dealing with Egypt and the Gulf. Yet, it would be an illusion to think that the military aid to the Egyptian Marshal Abdel-Fattah al-Sisi’s will be “conditional.” On the other hand, Biden and his team will slightly tighten the noose on Saudi Arabia, as they will keep watching the kingdom’s behavior in Yemen. They will also not wipe the slate clean on the Jamal Khashoggi affair, and will go as far as to support the Senate’s initiative against the kingdom.

When it comes to the Gulf, and mainly its Iranian counterpart, the equation is simple and complicated at the same time. Biden, the former vice president of Obama, is set to rekindle the legacy of his former boss and revive the nuclear deal with Iran — an approach that the then-administration deemed the best way to “avoid the bomb … while avoiding bombing Iran.”

In the same vein, President Biden will have to take into account the shortcomings of the nuclear deal and the past errors admitted by his campaign advisors and former negotiators of the agreement.

Therefore, the new administration will commit to tackling a “JCPOA-plus,” one that will include another definition of the “sunset clause” — in other words, what happens when the restrictions on Iran’s nuclear enrichment program are lifted. “JCPOA-plus” will include stricter restrictions on Iran’s non-nuclear and namely ballistic arsenal proliferation, containing Iranian expansion in the region, especially in the Levantine corridor, which is perhaps the most complicated because it is the most subjective and the least quantifiable.

In order to succeed in this challenge, Biden is well aware, although he will not admit it, that Trump's “maximum pressure” campaign is a valuable asset. It is up to him now to bring Tehran back to the negotiating table without losing face.

As tensions could run high and several shows of strength could play out across the region, Lebanon will undoubtedly be among the first affected. Its future hinges on how things will play out. Lebanon ought to keep an eye on any foreseeable fallout that could impact close to home.

Tensions could ease in the Gulf as oil-rich countries loosen their stance. The cards of power between local and regional players might be reshuffled. Action plans and their outcomes, as well as balances in the region, could be revised and altered to new transnational parameters, among other changes.

This will undoubtedly give rise to a new Lebanese landscape that will perhaps be the product of major upheavals. Paradoxically, Biden will show renewed interest in the country he knows very well, where he has history and many friends.

Amid this quagmire, there are too many imponderables to make an accurate prediction of the situation, no matter how well prepared and scheduled agendas are.

The region is set to witness a series of elections, including the presidential race in Iran scheduled for June 2021, which will decide if Hassan Rouhani will remain in power and maintain flexibility in the negotiations to come.

Syria will also see presidential re-elections (or not) in 2021 that will decide the fate of the bloody dictatorship of the Assad dynasty.

In Lebanon, legislative and presidential elections are slated for 2022. This is when the popular uprising will prove whether or not it is capable of getting rid of the seemingly immortal political ruling class.

Back in the US, the new president has his work cut out for him with a hostile Congress and a divided and exhausted America. This is not to mention other stumbling blocks, namely COVID-19, the global economic slowdown, mending transatlantic relations, rivalries between China and Russia, among other challenges that could well relegate the Middle East to the lower levels of the political agenda.

As things stand, one can foresee that the new leadership in Washington will drastically change its tone and style, returning to a more traditional, multilateralist approach — a return to a leading America with fewer great expectations, but a nation, however, that the world has come to know and love. Most importantly, perhaps, is the projection of Washington as a “soft power,” a term coined by Joseph Nye a few decades ago.

It is also necessary to diagnose what will remain of the four-year Trump presidency at a global level. A new America is showing itself today to a world that has also fundamentally changed in many ways.

Trump might be defeated, but Trumpism lives on. Donald Trump is gone, but he has left his marks on the world, where “diplomatic bullying” is now condoned and the virtues of multilateralism disdained, a world where vulgar and provocative populism is on the rise, paving the way for authoritarian nationalism.

This is basically the most enduring legacy of the past four years and the poisoned gift that Trump leaves to the world. And it’s hard to believe that the Middle East won’t keep its share of it, too.

This article originally appeared in French in L’Orient-Le Jour.

The dialectic of rupture and continuity in foreign policy between the different US administrations has long been a classic issue. The Middle East is no exception here. It is actually one of the most recurring and prominent issues on the table.The new US administration has to pick up where Trump left off and with what he has passed on to his successor, America and the world. This could be a heavy...

Memory, violence and fear: Why Lokman Slim’s murder must not be depoliticized