Orhan Pamuk: ‘I am a graphomaniac and photomaniac!’ 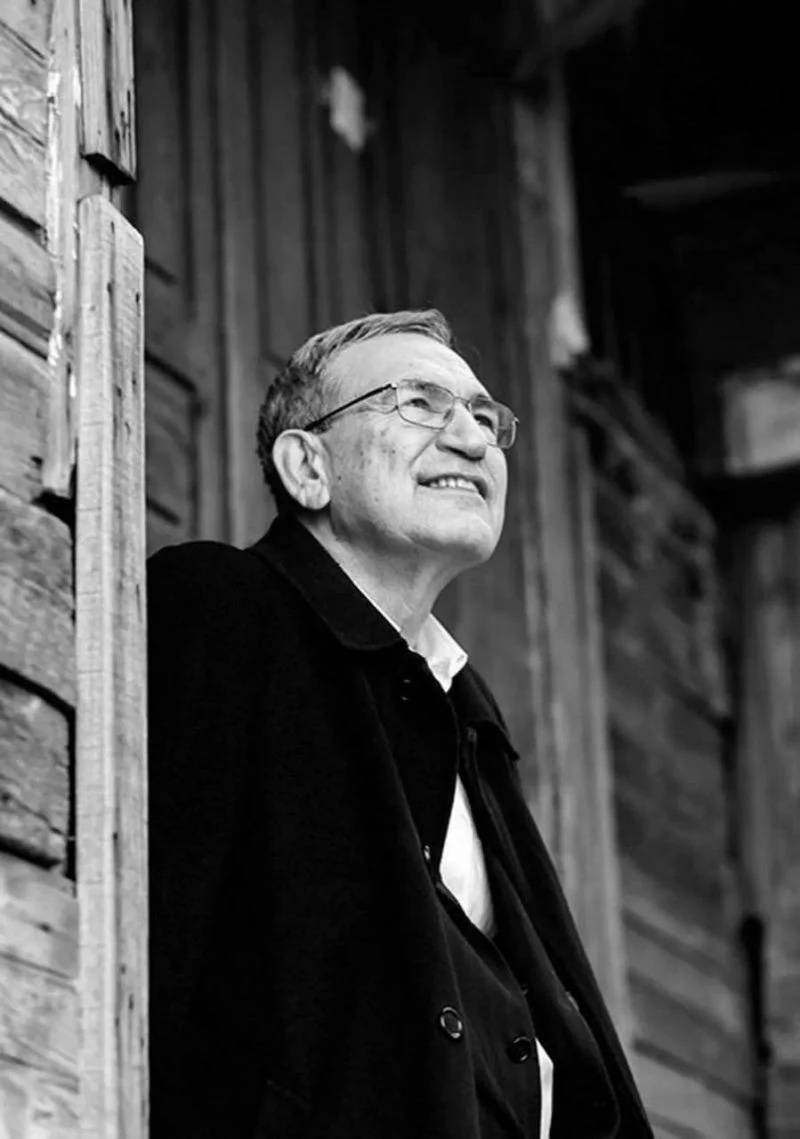 Visiting Paris as part of a tour to promote his new illustrated book, Souvenirs des montagnes au loin (Memories of Distant Mountains), — an editorial invention of his French publisher, Gallimard — before returning to New York and Columbia University, where he teaches comparative literature at the School of Fine Arts, without ever forgetting his home port, Istanbul, Orhan Pamuk was kind enough to meet with L’Orient littéraire. It was an opportunity to get to know the whimsical world of the 2006 Nobel Prize winner.

Orhan Pamuk, you say that originally you wanted to be a painter.

Yes, indeed. I was born into a family of civil engineers and I was encouraged to follow the same path. I wanted to be a painter. I did not stop painting, from 1959 to 1974, from when I was seven until 22. I went to the same school as my father, but to be an architect. And then, at 23, something happened. I stopped painting to become a writer. I killed the painter in me, consciously.

So how and why, in 2008, did you resurrect the painter that you were?

It just happened, without any premeditation, in Cambridge. I passed by an art supply store. I went in and bought a whole bunch of stuff: two huge bags of pencils, gouaches (I discovered acrylics later), Chinese brushes …. Until then, I kept notebooks where I wrote every day. Since 2008, I have illustrated them, thus reconciling the two disciplines and the two talents. The first Orhan Pamuk painter was not better than the one now!

Farouk Mardam-Bey: ‘If you want to understand the Arab world, read its literature’

Your notebooks are extremely dense, the writing and the drawing are intertwined on each page …

Originally, I had a rule: one 400-page notebook per year. Now I’m down to two. The more I write, the smaller the writing becomes ……. All my life, I have defended the idea that writing and painting are not so far apart, especially in the East and Asia. All Arabic calligraphy proves it. The writer/painter distinction is a modern and false idea.

Why did you decide to publish your notebooks?

It was an idea of Antoine Gallimard, my French publisher, to whom I showed them one day. We made a choice among my 30 notebooks of 400 double pages, to end up with this book, Souvenirs des montagnes au loin, which presents, in facsimile and without following the chronological order, 200 double pages of my sketched notebooks. The text is translated from Turkish. It is a French creation, a world exclusive. Even my Turkish publisher, Yapi Kredi, will have to buy it.

Is writing and drawing in your notebook/sketchbook every day a time-consuming activity that might be to the detriment of your novel writing, for example?

No, not at all. This activity makes me happy and gives me energy. There is no risk for the rest of my work. Every day, I write in my notebooks, I keep my journal, and I take 40 photos. I am a graphomaniac and photomaniac.

Do you see your diaries as part of your work?

It was André Gide, whom I admire enormously, and Gaston Gallimard who invented the idea of publishing a writer’s diary during their lifetime, with Gide’s Diary, in 1939, in the Bibliothèque de la Pléiade. It is a major change in the history of literature.

After him, the diary acquires its artistic legitimacy. Many writers rushed into the breach: Max Frisch, Peter Handke ….

I really like Gide, even if he didn’t love Turkey. With Les Caves du Vatican and Les Faux-monnayeurs, he invented post-modernism.

Although you don’t speak French, you are very steeped in French culture and literature. Is this a legacy from your father who translated Paul Valéry into Turkish?

Yes, indeed. My father was a man of culture, French-speaking and Francophile. Like all of Turkey during the Atatürk era, he modernized the country by giving it democratic institutions “à la française.” Today, in my country, French culture remains important, but since the 1950s, it has been competing with American culture. I have respect for both.

Where do you mainly live?

I’m based in Istanbul, I teach in New York, and I travel a lot to promote my books. I’ve never worked so hard, and I’m very happy about it. Twelve hours a day.

How is the Museum of Innocence, which you have set up in your house in Nisantasi, doing?

It is doing very well. It is the only museum in the world (except for those on pornography and torture) that operates solely on ticket sales. We receive 35,000 visitors a year. It’s going to be the subject of a series on Netflix.

We imagine that, given your personality, and your political positions, you do not receive any subsidies from the Erdogan government. What is the status of your latest legal troubles?

Sixteen years ago, when I spoke about the Armenian genocide, half of the government at the time wanted to condemn me, and the other half wanted to protect me. That’s when they gave me bodyguards. They still accompany me when I go to Italy. It’s a trauma, but I’m used to it. Recently, in connection with my latest novel Nights of Plague (Gallimard, 2022), I was interrogated by the Public Prosecutor’s Office in charge of the press, suspected of insulting Atatürk and the Turkish flag. I asked in which passages, and in which pages these so-called insults were found. It fizzled out. I am not worried.

How did you react to the August attack on Salman Rushdie?

I wrote and published an article of support and solidarity with him.

You travel everywhere, do you know Lebanon?

I have been to Beirut once, in 2010, when I was awarded an honorary doctorate by the American University. It was a bit chaotic for three days because I had sprained my ankle and I could hardly walk. I would have to come back.

This article was originally published in French in L'Orient Littéraire. Translation by Sahar Ghoussoub.

Visiting Paris as part of a tour to promote his new illustrated book, Souvenirs des montagnes au loin (Memories of Distant Mountains), — an editorial invention of his French publisher, Gallimard — before returning to New York and Columbia University, where he teaches comparative literature at the School of Fine Arts, without ever forgetting his home port, Istanbul, Orhan Pamuk was kind...