No option other than pragmatism for Gebran Bassil

The FPM head launched his roadmap and called on Aoun and Rai to convene a dialogue to agree on the future president. 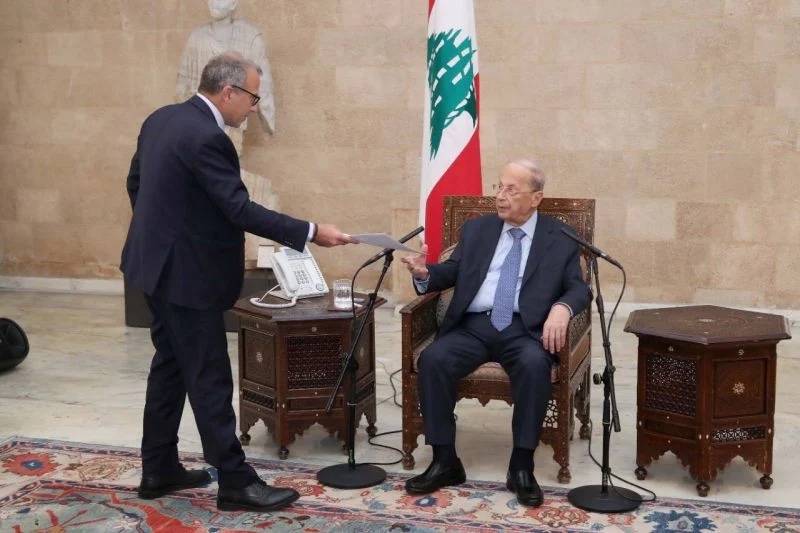 Gebran Bassil had to review his calculations. While he was blowing hot and cold on his presidential ambitions — one day saying he is a “logical candidate” and the next day that he is “not interested” in the position — the leader of the Free Patriotic Movement seems to be stating the obvious: Hezbollah will not fight for his candidacy at the expense of the Zgharta political heavyweight , the Marada leader Sleiman Frangieh. Remember, Hezbollah blocked the presidential election for two years in order to lead Michel Aoun to Baabda on Oct. 31, 2016.

Today, Bassil is taking a different approach, constantly calling for an agreement, away from any provocative and defiant candidacies. Bassil knows that it will be very difficult for him to be chosen as result of a Lebanese-style compromise. But he also knows that no compromise will be possible without his approval. It is true that the Maronite leader has aligned himself to some extent with the logic of Hezbollah, advocating the election of a president who would be agreed upon during a broad dialogue between the actors. But he wants this dialogue to be conducted under the leadership of Bkirki or Baabda. This is what emerged from the talks that Bassil, leading a delegation of his Strong Lebanon parliamentary bloc, held yesterday with Maronite Patriarch Bechara al-Rai and President Michel Aoun. It was an opportunity for the party to hand over to the country’s two highest Maronite authorities its roadmap in view of the presidential election.

For Michel Aoun, a victory at all costs?

This project in a way sets out the program that the future president should implement during his term of office, especially in terms of political and economic reforms to get the country out of the crisis that has shaken it for over three years. The FPM roadmap does not define the profile of the future president, but insists that he must be representative. It is essential to understand that the FPM will not endorse the candidacy of Frangieh, whose party only won one seat in May’s parliamentary elections. Nevertheless, the FPM is now adopting a more pragmatic approach.

“We want the president to be representative. But we are aware that all the components of the Parliament can use the lack of quorum as a card, either to prevent the electoral sessions from being held or to prevent the election of a candidate supported by a particular camp. So, we need to agree on one name,” Cesar Abi Khalil, MP for the FPM in Aley, explained to L’Orient-Le Jour when asked about his party’s approach.

After the meeting with Patriarch Rai, Bassil said:“We are in a Parliament where each side is capable of preventing the quorum from being met and preventing the other camp from securing 65 votes.” This is the number of votes required to elect a president in the second round. The first round already took place on Sept. 29.

“The solution is therefore to conduct a dialogue between all the actors to agree on a figure capable of ensuring the two-thirds quorum [86 MPs], required to hold the parliamentary session, and a majority [of 65 votes],” Bassil added.

“Any other equation implies a presidential vacuum,” warned the FPM leader, who called on the patriarch and President Aoun to make efforts to convene a dialogue that would resolve the dilemma.

Ahead of next week’s parliamentary voting session, MPs rally support for Moawad

For the time being, neither Bkirki nor Baabda has commented on the FPM’s approach.

Speaking from the podium of the Presidential Palace, Bassil stated that the election is now “at the top of the president’s priorities.” According to him, Aoun is “in favor of any step that would allow his successor to be elected.”

“We will intensify our contacts in this direction,” he added.

The FPM MPs intend to present the roadmap to all the actors during a tour of the various political parties that is expected to start in the coming days.

The opposition is still struggling

The FPM’s move came two days before the holding of a second session to elect a new president, scheduled for Thursday at 11 a.m. It is a session that the Aounist movement will boycott because it coincides with the commemoration for Oct. 13, 1990, when the Syrian troops led an assault against Baabda Palace where Gen. Michel Aoun, then head of the transitional military government, was based.

But this position shall not undermine the session, as the quorum of two-thirds of the MPs will still be secured. This is because Hezbollah will not show solidarity with its Christian ally, but with its Shiite partner, Parliament Speaker Nabih Berri, a fierce opponent of the president’s camp.

Jihad Azour, a serious presidential candidate away from the spotlight?

“We should not exaggerate. The FPM opposed [holding a session] on Oct. 13, there is nothing more and nothing less,” Hezbollah spokesperson Mohammad Afif told L’Orient-Le Jour.

For their part, several components of the opposition are preparing to attend the session Thursday. This is the case for the Lebanese Forces, the Kataeb and the Progressive Socialist Party. Similarly to the Sept. 29 session, these parties will give their votes to Michel Moawad, who then received the votes of 36 MPs affiliated to this camp.

Yet, the MP for Zgharta still cannot rally to his cause those who deprived him of their support in the previous session. The 13 MPs of the protest movement are unlikely to give their support to Moawad despite the fact that their preferred candidate, businessman Salim Edde, is, they say, not in favor of running for president.

Similarly, the MPs for North Lebanon, which is predominantly Sunni, are sticking to their guns: they will go to the Parliament tomorrow and again cast a vote for “Lebanon.” The meeting Tuesday between the Zgharta candidate and a delegation of these MPs (who also went to Dar al-Fatwa during the day) did not lead to an agreement that would allow Moawad to boost his score.

“We are not going to vote for a figure who will not be elected due to a lack of a quorum,” Ahmad al Khair, MP for Minyeh, told L’Orient-Le Jour.

This attitude suggests that the efforts made by Saudi Ambassador to Lebanon Walid Bukhari, to unify the ranks of the Sunni community and prevent the election of a Hezbollah candidate, have not yet borne fruit.

“The kingdom does not intervene in the issue of the presidential election,” Khair said.

Gebran Bassil had to review his calculations. While he was blowing hot and cold on his presidential ambitions — one day saying he is a “logical candidate” and the next day that he is “not interested” in the position — the leader of the Free Patriotic Movement seems to be stating the obvious: Hezbollah will not fight for his candidacy at the expense of the Zgharta political...