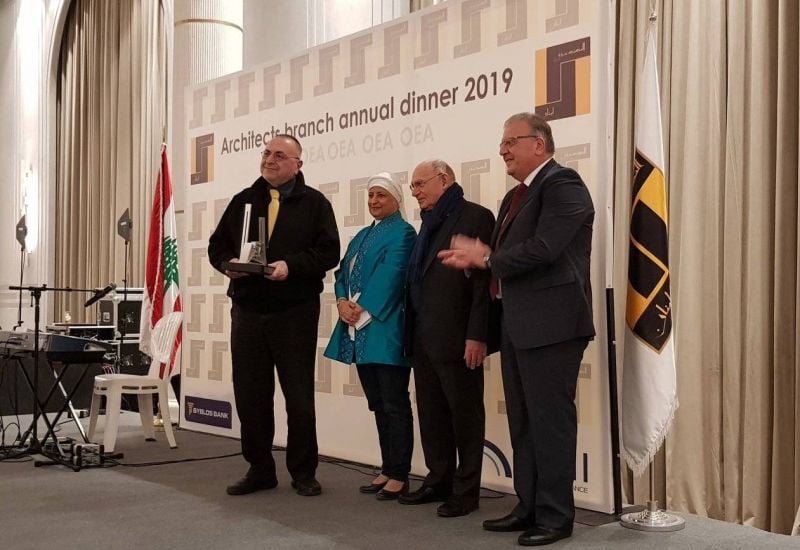 Robert Saliba receives an award from the Order of Engineers and Architects (OEA) in 2019. (Courtesy of OEA)

BEIRUT — Robert Saliba, an architect, urban designer and professor at the American University of Beirut who became a leading authority on Beirut’s architectural and urban history, passed away Thursday. He was 72.

Saliba grew up in Beirut’s pre-Civil War Gemmayzeh neighborhood. His father ran a dry goods store in the Rivoli building on Martyrs’ Square.

He began his academic journey in the late 1960s at Académie Libanaise des Beaux-Arts (ALBA), where he studied architecture. His graduation in 1974 coincided with the start of the Lebanese Civil War in 1975. Saliba left the war-stricken country to further his education, earning a Masters’ Degree in Urban Planning from the University of Michigan-Ann Arbor in 1980.

Afterward, he found work as a planning associate at the Community Redevelopment Agency in Los Angeles, where he worked on a project to redevelop the city’s Chinatown district. In 1985 he returned to Lebanon to teach at his alma mater, later joining the American University of Beirut’s Department of Architecture and Design, rising to the position of full-time professor.

However, the war was still ongoing and downtown Beirut was a deadly no-man’s-land. As soon as the guns fell silent in 1990, Saliba led his students through the conflict area to conduct a study on the urban memory of the place. For the students, this was the first time they entered Beirut’s shell-ridden old core. Mona Hallak was one of those students.

Speaking to L’Orient-Today, Hallak recalled “he was always passionate about documenting the city, but not in a nostalgic way. That’s what he passed on to all of us. Be very diligent in documenting your city, and knowing your history, but don't be nostalgic, because you only have the future to look forward to.”

Mona Fawaz, his colleague at AUB, recalled meeting Saliba as a student and found his “passion for research was contagious and inspiring.”

“He will be always admired for the quality and the passion in his work and will be dearly missed by all of us who had the privilege to work close to him,” she added. 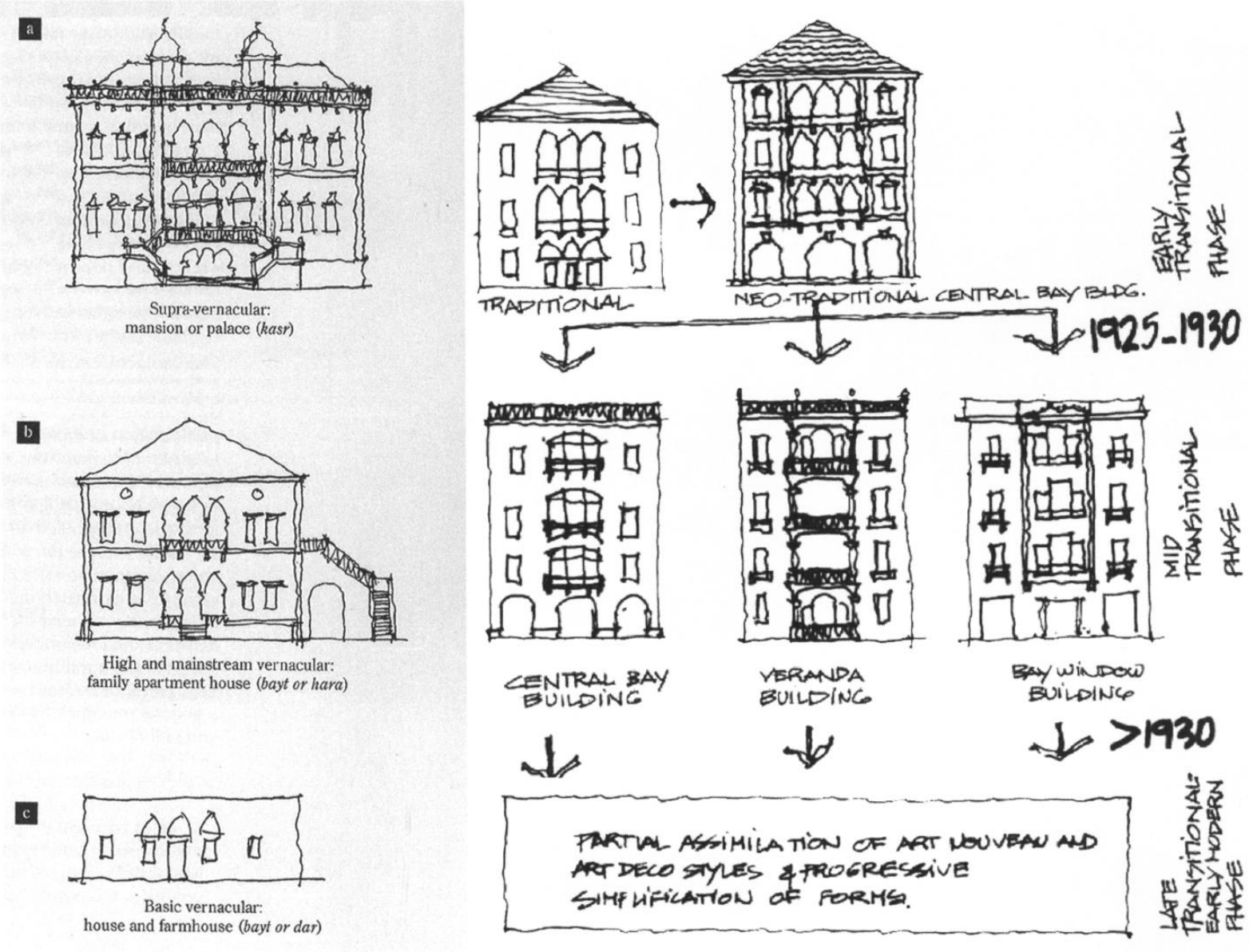 A sketch by Robert Saliba illustrating the evolution of Beirut's residential architecture. (Courtesy of Archive.org)

Saliba authored three books on Beirut’s architecture. His 1998 book Beirut 1920-1940: Domestic Architecture Between Tradition and Modernity is considered an important reference for architectural styles that developed in Beirut in the nineteenth and early twentieth century. It documents and classifies many of the city’s old and endangered buildings, some of which have since been demolished, through countless surveys and photos.

Saliba later went on to earn a Ph.D. in Urban and Architecture History from the University of Paris VIII in 2004. He specialized in colonial architecture and urbanism with an emphasis on the Late Ottoman and French Mandate periods in Lebanon and Syria.

In the summer of 2022, Saliba organized an exhibit at the St. Nicolas Stairs in Gemmayzeh, based on his 1998 book in cooperation with the Beirut Heritage Initiative. The event showcased the evolution of Beiruti homes and was held in response to the threats posed by the 2020 port blast on what remains of Beirut’s architectural heritage.

Saliba himself was in Gemmayzeh on Aug. 4, 2020, and narrowly escaped death, but returned to work shortly after. He taught at a joint studio between AUB, MIT and Tsinghua University on Urban Trauma in Beirut, and co-authored a UNESCO study titled, “Identifying Cultural Heritage Attributes in Beirut Blast Damaged Areas.”

Howayda Al-Harithy, director of AUB’s School of Design, was the project lead on the UNESCO study. She told L’Orient Today: “For me he was first and foremost a friend, but for the department, he was one of the pillars as a faculty member. For the greater community of scholars, he was a reference for the urban history of Beirut and Beiruti architecture from the 1840s onwards, his books demonstrate the level of critical discourse across urbanism, landscape and architecture.”

This sentiment was echoed by his colleague at the department Mona Harb, who said Saliba’s passing “leaves a huge void among the community of scholars who work on the built environment … he leaves an invaluable legacy that will be taught on for generations to come.”

Harb added, “his ideas live on through his work and the multiple generations of colleagues and students who were privileged to meet him.”

Architect and Urban Designer Lynn Hamdar was one of these students. “He never minded spending the longest of hours discussing not only my research, but general everyday urban issues, politics, and mindfully listening to me.”

Another student, Wiaam Haddad, worked with Saliba on his last exhibition: “[The exhibit] was a crowning moment in his career and in some ways summed up his life’s work and resolution of sorts.”

Robert Saliba is survived by his brother, Elias, and his countless nieces and nephews in Lebanon and abroad.

BEIRUT — Robert Saliba, an architect, urban designer and professor at the American University of Beirut who became a leading authority on Beirut’s architectural and urban history, passed away Thursday. He was 72.Saliba grew up in Beirut’s pre-Civil War Gemmayzeh neighborhood. His father ran a dry goods store in the Rivoli building on Martyrs’ Square. He began his academic journey in the...