In an exclusive interview with L'Orient-Le Jour, the Progressive Socialist Party leader says he is in favor of a new president who is a technocrat and not necessarily from an established party. 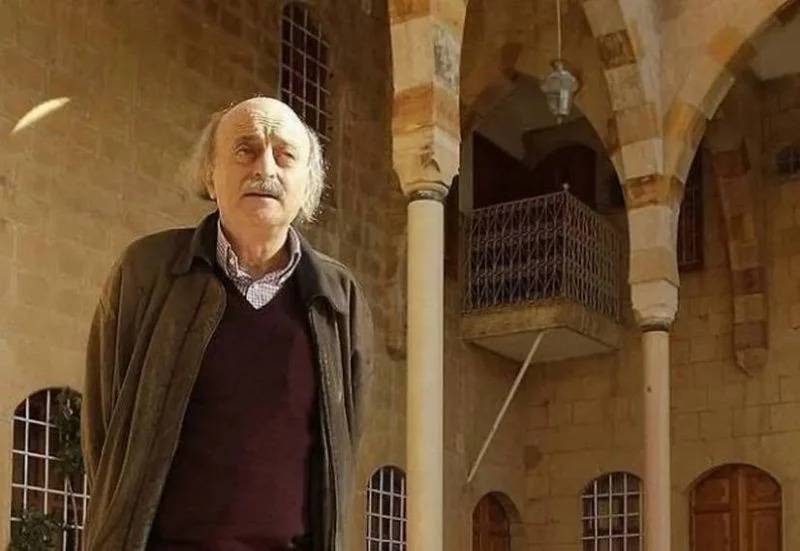 Since he reached out to Hezbollah in recent days, Walid Joumblatt has been the talk of the town. Observers are trying to decipher the reasons for yet another repositioning of the Progressive Socialist Party leader at this crucial time for Lebanon, a few weeks before the presidential election, as well as in light of recent regional developments. In an exclusive interview with L'Orient-Le Jour, the leader from Moukhtara discusses his meeting last Thursday at his residence in Clemenceau with two leading figures from Hezbollah: Hussein Khalil, Hassan Nasrallah's right-hand man, and Wafic Safa, head of the coordination committee within the party. Joumblatt spoke about his intentions and his political vision for the coming period.

Hezbollah believes that the presidential deadline (scheduled from Aug. 31) may be delayed due to complications. Do you share this view? Was your recent meeting with two Hezbollah officials aimed at smoothing the ground?

Yes, it was. I started this initiative because Hezbollah is a major component of the country and cannot be dismissed. That would be absurd. As for the complexity of the deadline, I have asked several questions to my interlocutors to pass them on to Secretary General Hassan Nasrallah. I have not yet received an answer. Among other things, I expressed my wish that the election be held on time. By the mere fact that Hassan Nasrallah called, in one of his recent statements, for the formation of a government with the necessary prerogatives, I conclude that indeed the presidential election may take some time.

So you expect there to be obstacles?

Yes, given that the main obstacles are President Michel Aoun and the leader of the Free Patriotic Movement, Gebran Bassil, who will not make things any easier. The fact that Hezbollah owes them a lot could also affect the process. This duo has imposed a heavy burden on us. In this regard, I totally contradict the opinion of Lebanese Forces leader Samir Geagea, who called Michel Aoun "a weak president." If by being weak he made us endure so much, what would it be like if he were strong?

On Saturday, in Diman [the summer residence of the Maronite Patriarch], Gebran Bassil warned that no one will be able to "impose a president" on him. Do you feel concerned by these words?

I don't know. The problem is that Gebran Bassil continues to impose himself in all areas, not only at the level of the presidential deadline, but also — and I would say especially — at the level of the Ministry of Energy. He is blocking the establishment of the electricity regulatory authority [an independent institution responsible, among other things, for setting tariffs and supervising contracts with the private sector for the production and distribution of electricity] required by the international community as part of the reforms. And even if this authority is set up, there is a risk that it will be paralyzed by Gebran Bassil's men. This is the power that he holds.

All I am trying to do is to dissociate the major issues — such as the question of Hezbollah's weapons or the question of borders like the Shebaa problem — from the questions of reform and economic recovery, which are much more important at the moment. Even if tomorrow there is an agreement with Israel on the delimitation of the maritime border, Gebran Bassil will continue his policy of paralysis. Without the establishment of a national company to manage the [energy] sector and without a sovereign oil fund, he will have control over the companies concerned. All countries that have a modicum of respect for their sovereign wealth funds, starting with Norway, Kuwait, Saudi Arabia, Algeria and Iran, have their own national companies.

From the information leaked from your meeting with Hussein Khalil and Wafic Safa, it seems that you favor a consensus president.

No, not at all. What I said in front of my interlocutors is that we do not want a politically marked president. Let's try to find a president capable of managing the crisis but who also has an economic and financial background.

So you advocate the advent of a technocrat profile?

Yes, but with a political background without necessarily coming from any party.

Would Hezbollah accept a technocrat in your opinion?

I don't know. I asked Hussein Khalil several questions. He only answered me on one point: that the dispute over the delineation of the maritime border is in no way related to the ongoing talks on the Iranian nuclear issue. For the other issues, he must submit them to the party's secretary general before answering me.

But in my opinion, Hezbollah will be able to tolerate a technocratic or consensus president as long as he does not try to provoke and play around with contentious issues, such as the implementation of 1559 [the UN Security Council resolution, adopted on Sept. 2, 2004, that calls for, among other things, “the disbanding and disarmament of all Lebanese and non-Lebanese militias” and “the extension of the control of the government of Lebanese over all Lebanese territory”]. This does not mean that we should stop talking about them, even though I think that it is not very useful because their implementation is not our responsibility. Again, we need to separate the big issues from the more pressing ones. Let's first try to solve the electricity problem, the diesel problem, reduce unemployment, restructure the banks and adopt the reforms demanded by the IMF to stop the collapse. There are still about $10 billion in reserves. What are we waiting for to stop this precipitous fall? Moreover, I believe that Hezbollah is not far from this logic because it will not want to be held responsible for the general collapse.

In your opinion, can the leader of the Marada party, Sleiman Frangieh, be considered a consensus president?

Personally, I do not believe so.

For what reason? Because of his alliance with Hezbollah or his proximity to Syrian President Bashar al-Assad?

Both at the same time. But this decision will ultimately fall to the Democratic Rally bloc [led by Walid Joumblatt’s son, Teymour Jumblatt] which will take the position it deems appropriate. I knew Sleiman Frangieh the grandfather [of the current Marada leader] well, he was our ally. I know the grandson well, too. But I will say that his special relationship with Assad could be an obstacle.

During last week’s meeting with Hezbollah, did you review the names of politically marked presidential candidates who should be discarded?

No, we did not discuss names, but only the principle. I prefer not to talk about names.

Are you going to suggest names of presidential candidates?

No, I wouldn't dare. I would be branded a traitor. Samir Geagea spoke of treachery in his press conference last Monday [referring to a case in which the opposition fails to unite behind a single candidate]. It has become an easy word for him.

Are the bridges burned between you and the LF?

Not at all. But I have my opinion and they have theirs. I don't share their opinion that the future head of state should be a confrontational president. I address the question to the new majority, which includes the 13 deputies of the protest and who, like me, have resisted the pressure of the Iranian-Syrian axis. Will we be able to unite around a single program? This is the real question to ask. Because if by the beginning of October the opposition remains fragmented as it is now, what can we do when the opposite camp is united and welded and can easily elect its president?

By reaching out to Hezbollah, do you still hope to attract components of the opposition?

This is a dialogue that I have started with Hezbollah. Unfortunately, we have enlightened people in this country who refuse any dialogue and I do not agree with them.

Why did you send your son Teymour to the Maronite Patriarch?

We are on the same wavelength with Patriarch Bechara al-Rai. He is in favor of dialogue, because he understands the complexity of Lebanese problems. I did not tell him in advance about my meeting with Hezbollah. Teymour went to his house to talk to him about the principle of the need for dialogue. Even if we have fundamental differences with Hezbollah, once again we cannot exclude them from the dialogue. When great powers talk to each other — Iran and the US through Europe, Saudi Arabia and Iran in Baghdad — don't we have the right in Lebanon to dialogue with each other?

In speaking out against the neutrality advocated by the Patriarch, did you mean to wink at Hezbollah?

This concept was developed in the 1950s by Raymond Eddé [former head of the National Bloc]. Kamal Joumblatt, my father, was not far from this logic. Then he changed his mind when there was the tripartite invasion [France, Great Britain and Israel] of Egypt in 1956. This concept cannot be applied to Lebanon while the violations against the Palestinians and against our territory by Israel continue. This has nothing to do with Hezbollah. I do not believe in this concept [of neutrality] myself, and have not for decades. The Russian invasion of Ukraine has ended the neutrality of two countries, Finland and Sweden. Today, only Switzerland is neutral. Of course, one can continue to talk about neutrality, but it is almost impossible to apply it when there is a monster called Israel.

Why not send Teymour to Samir Geagea?

I don't think he will go to him. Let him also go to Michel Aoun's house, while we are at it. After all it was Samir Geagea who contributed to the election of Michel Aoun.

This interview was originally published in French at L'Orient-Le Jour.

Since he reached out to Hezbollah in recent days, Walid Joumblatt has been the talk of the town. Observers are trying to decipher the reasons for yet another repositioning of the Progressive Socialist Party leader at this crucial time for Lebanon, a few weeks before the presidential election, as well as in light of recent regional developments. In an exclusive interview with L'Orient-Le Jour,...