Two years in, what's next for the Beirut port silos? 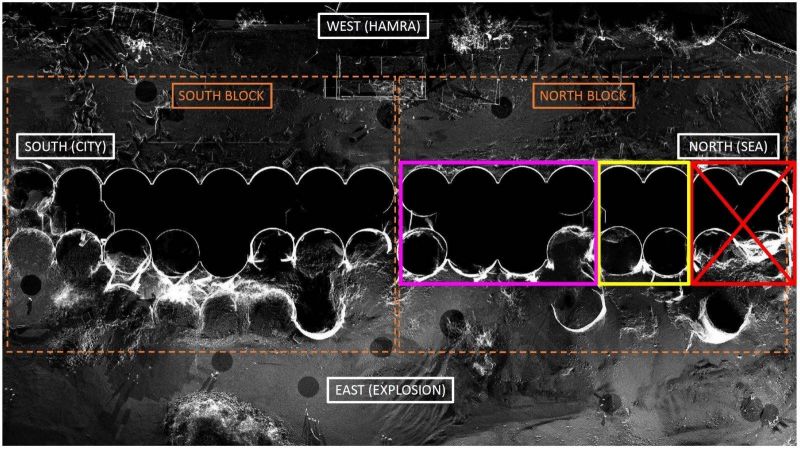 In a press conference organized by the Silent Witness Campaign and the Engineers’ Syndicate, Wassim Raphael, the Faculty of Engineering’s dean at Saint Joseph University, said that the silos’ southern block is stable but that experts can’t tell what might happen under “dynamic loadings such as earthquakes.” Raphael, who is part of a government-commissioned committee made up of a group of experts that has been studying the shattered silos affected by the Aug. 4, 2020 blast, also said that the southern block should not be affected by the collapse of silos from the northern block.

Structural Engineer and Dean Assistant at the Beirut Arab University Yahya Temsah is part of another study which concluded that “the [silos’] northern side should have been consolidated right after the explosion,” arguing that “now, this is not option because time and the recent fire reduced the [silos’] structure capacity.” He also noted that consolidating the southern side should be considered.

Raphael considered that “reinforcement cannot happen without someone approaching the silos, and the silos should not be touched or else lives would be at risk.”

Families of the Beirut port blast victims have been continuously demanding that the port grain silos be preserved to stand as a “witness to the crime,” opposing its demolition.

But the experts at today's conference explained that more of the northern block silos are expected to collapse with the only plausible solution being to let them fall. Raphael listed three methods to demolish the northern block if the Lebanese decided not to watch them collapse, including a wrecking ball, an ultra long reach hydraulic tool — both of which Lebanon does not have — or implosion, where army choppers toss explosives from the sky toward the silos.

He added that the last option is not possible because “no one wants to implode anything in that area, for obvious reasons, and we do not know the impact this would have on the southern structure.”

Emmanuel Durand, a French civil engineer who volunteered for the government-commissioned team of experts, indicated in his March 2022 report that “the silos are structurally beyond repair,” adding that any intent to “restore” or “reinforce” the silos “would put lives at risk.”

Durand, who had first arrived in Beirut in 2020 to evaluate damaged buildings affected by the blast with Saint Joseph University before proposing to study the silos, stated in his report that intentions to consolidate the silos would, at best, “denature the silos as they are, alter their monumental expression,” and, at worst, kill more people by “falling debris, and possible local or total collapses.” 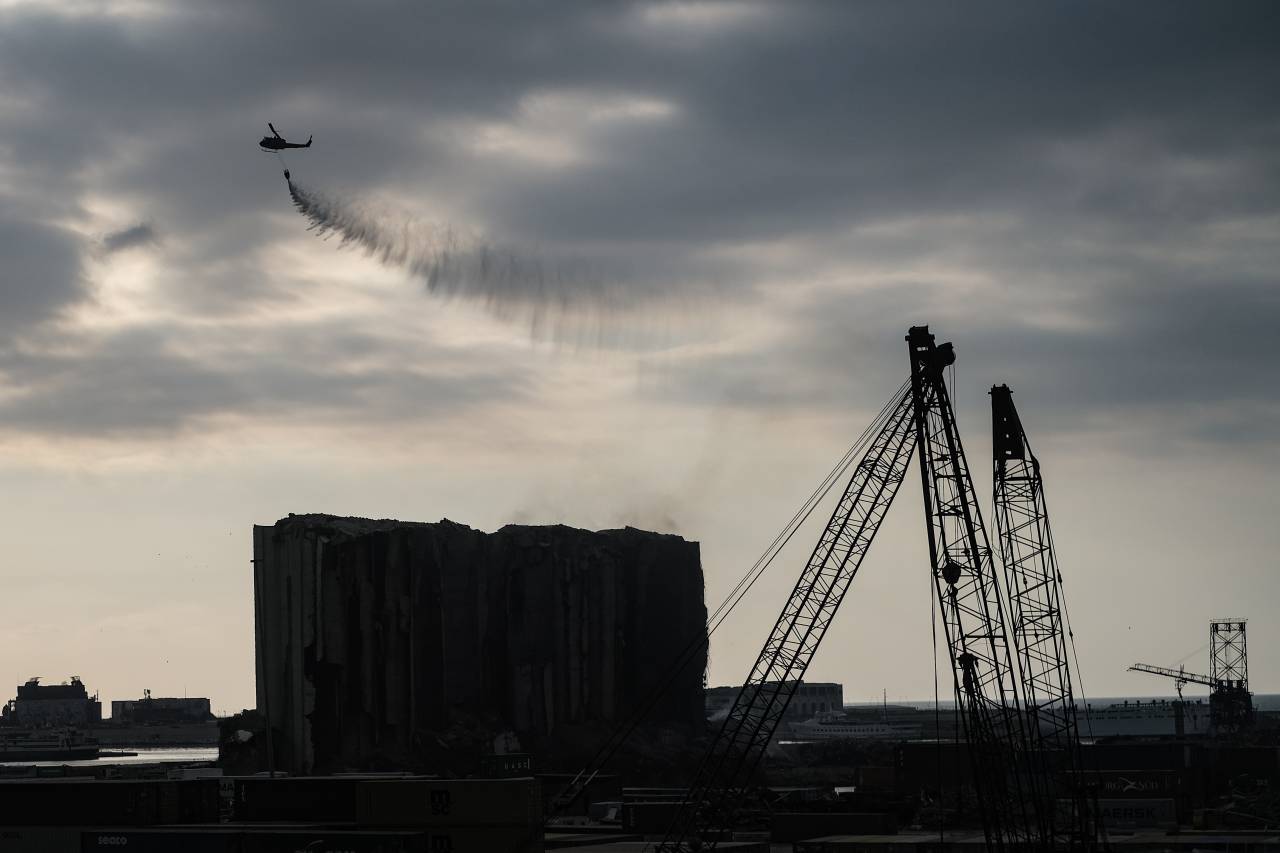 A helicopter douses the Beirut port silos with water after a part of the northern side collapsed on July 31, 2022. (Credit: João Sousa/L'Orient Today)

Addressing the series of fires and health hazards

Authorities and experts had said that extinguishing the series of fires at the silos, which were reportedly caused by “the exposure of fermented wheat to heat,” using water would only exacerbate the fire. Raphael confirmed this Tuesday, adding that water would feed the fire humidity “and the next day [the fire] will ignite even more.”

“Forces of Change” MP Najat Aoun Saliba saw that the fire at the silos was “avoidable” had the authorities moved swiftly to empty the silos from the grains.

Raphael also said that a big chunk of wheat was removed from within and around the silos in 2021 and “holes were drilled at a three to four meters height only in some silos” to empty some of the grains, noting that it was difficult to remove any grains below that level. He explained that this happened only in some of the silos because they were advised against coming close or touching other unstable columns.

He added that one solution at hand is to create a cooling system at the site where the fire is continuously doused with water “from now until the winter” to prevent the blaze from re-igniting. However, Raphael said that the fire department doesn't have long-enough hoses that enable firefighters to douse the silos from a safe distance, arguing that “spraying the fire sporadically with water only makes things worse.”

Aoun Saliba, who was a professor of analytical chemistry at the American University of Beirut, said that adding foaming blankets to smother the fire “is not a solution in this case.” She added that putting out the fire with liquid nitrogen, another option that has been brought up, cannot be carried out without putting lives at risk.

Raphael said that “other developed countries might have other advanced solutions or tools” for the challenging situation but “these are the options we have in Lebanon.”

Commenting on rescue teams approaching the silos on July 21 and attempting to extinguish the fire following a decision from the Interior Ministry, Raphael said that “there was danger, and [firefighters] trespassed the radius that was set to prevent anyone from approaching the damaged silos.”

Raphael also noted that choppers dousing the silos with water pose another risk on the crumbling structure, saying that “vibrations caused by the helicopters will be felt by the silos.”

Aoun Saliba indicated that some of the toxins emanating from the fire at the grain silos include carbon monoxide — characterized by the black fumes — and nitrogen oxide, which along with carbon monoxide is hazardous to the lungs. Carbon dioxide is another gas produced by the fire and is the least hazardous gas among the other gasses.

Aoun Saliba noted that the fumes have been light and take around 24 hours to disperse.

Addressing the possibility of fungi and mold from the fermented wheat spreading as a result of the silos collapse, Aoun Saliba said that these particles would travel with dust, adding that “this is why following the silos’ collapse, the army doused the silos with water, to settle the dust and prevent it from dispersing in the air.”

BEIRUT — Following the collapse of four grain silos at the Beirut port, experts said Tuesday that the collapse of additional silos from the northern block is “inevitable,” adding that “the reinforcement of the northern block is no longer an option.”In a press conference organized by the Silent Witness Campaign and the Engineers’ Syndicate, Wassim Raphael, the Faculty of...