Mikati is the favorite, but…

The outgoing Prime Minister is expected to get more than 50 votes in the binding parliamentary consultations tomorrow at Baabda Palace. 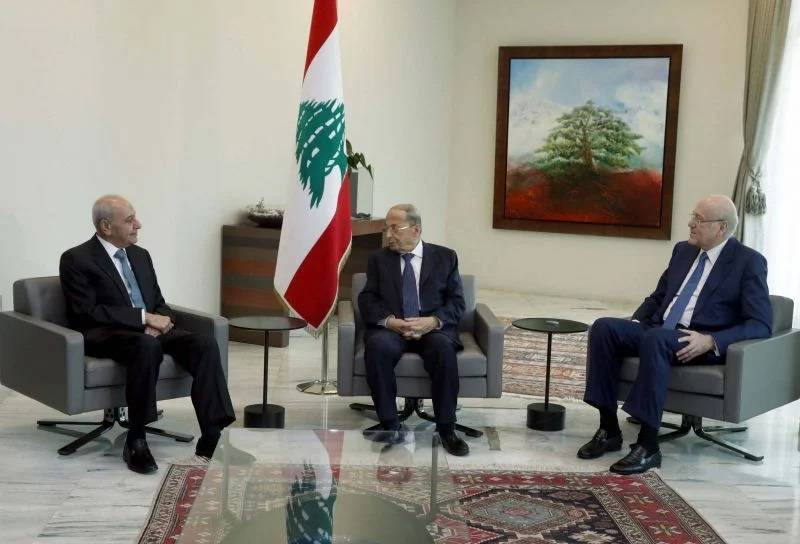 Barring any major surprises, outgoing prime minister and Tripoli businessman Najib Mikati is expected to be reappointed tomorrow following binding parliamentary consultations at Baabda Palace, with the aim of forming the fourth government of his political career.

While his rival, Nawaf Salam, took a hit Wednesday, being deprived of the valuable support of the Lebanese Forces (19 MPs), Mikati enjoys the support of the Amal-Hezbollah tandem, with 15 and 13 MPs respectively. The two parties see in Mikati a figure capable of smoothing the way between the various political actors. This is all the more since he enjoys some legitimacy within the Sunni street, a fact that has become increasingly rare since the withdrawal of former premier Saad Hariri from politics in February, and the resulting break-up of the leadership of this community.

The outgoing prime minister will also be able to count on the votes of former Future Movement deputies (nine MPs), Sunnis close to the March 8 camp (six MPs) and the Marada group (3 MPs). Independent MPs, such as Michel Murr, Imad Hout or Jean Talouzian, could also reappoint Mr. Mikati. Contacted by L'Orient-Le Jour, the Tashnag (three MPs) said that the issue will be decided tomorrow. As for the Free Patriotic Movement bloc (18 MPs), it continues to claim loud and clear that it will not vote for Mikati, with whom the relationship is on the rocks, especially since the outbreak of internal differences within the cabinet between the prime minister and Energy Minister Walid Fayad, who is close to the FPM. Various sources say that Gebran Bassil's party will only support the Tripolitan billionaire if he submits to a series of conditions, including the dismissal of the Governor of Banque du Liban Riad Salameh before the expiration of Aoun's mandate, the formation of a government of politicians (and not of technocrats) and the allocation of the key portfolios of Energy and Foreign Affairs to FPM picks.

With or without the FPM, Mikati still seems assured of obtaining the support of at least 50 MPs, far ahead of Nawaf Salam. Without the support of the 19 LF deputies, the latter is not likely to have more than 36 votes, even if the Progressive Socialist Party (eight), the Kataeb (four), the independents claiming to be opposition (11) and the deputies of the protest movement (13) all converge behind him, which seems unlikely.

But if the arithmetic smiles on Mikati, the politics is less favorable to him. Unable to count on the support of either the FPM or the LF, the two formations having chosen to cast blank votes, Mikati will be deprived of "Christian legitimacy." On Tuesday, in an interview with the daily al-Akhbar, President Aoun expressed his "fear" of seeing a prime minister appointed without the support of all the sectarian communities. However, in Lebanon, especially since the 2008 Doha agreement that put an end to the invasion of Beirut and the mountain by Hezbollah and its allies, the consensus between confessional leaders is a sine qua non condition for political unblocking. As a result, Mikati would find himself in a precarious situation.

Former Tripoli MP Ali Darwish, a loyal supporter of the outgoing Prime Minister, told L'Orient-Le Jour that he "cannot rule out" a withdrawal of the prime minister-designate.

"If Mr. Mikati is designated in a way that he considers inadequate, he could refuse the post. It should be remembered that he has significant support among Sunnis [editor’s note: the post of Prime Minister is reserved for this community], and that the situation in the country can not support more political one-upmanship," added Darwish. Even more worrying for the head of the executive branch, he could come up against the intransigence of the FPM in the formation of the cabinet, while the country could be heading towards a presidential vacuum after the expiry of Michel Aoun's mandate in October. If this is the case, the cabinet would take over the interim presidency of the Republic, which makes it all the more important for the FPM to get the lion's share in the next iteration, especially if it is the only major Christian party to participate — even if it means that Mikati IV will never see the light of day.

Barring any major surprises, outgoing prime minister and Tripoli businessman Najib Mikati is expected to be reappointed tomorrow following binding parliamentary consultations at Baabda Palace, with the aim of forming the fourth government of his political career.While his rival, Nawaf Salam, took a hit Wednesday, being deprived of the valuable support of the Lebanese Forces (19 MPs), Mikati...