A Lebanese Parliament, now with opposition figures within its aisles, is a reality many would have only assumed naive to even consider a couple decades ago. 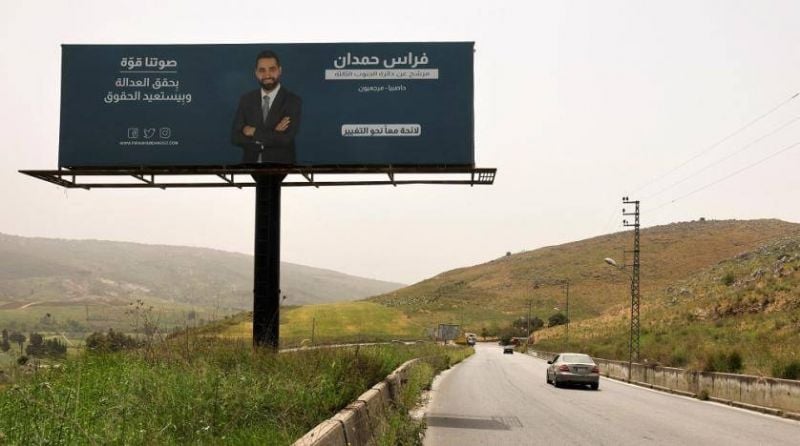 On May 31, Firas Hamdan, one of the newly elected members of Parliament, entered the legislature’s first session with his hand covering part of his face, a gesture attributed to the October 2019 uprising by which he and a band of MPs rode the wave carrying them to electoral success.

Hamdan first gained fame through another picture. He had suffered wounds to the chest by a shot fired from the parliamentary guard during a protest in 2020. Now, after more than two years, he passes by those same uniforms, past the roadblocks. He enters the building as a representative of the people in Lebanon’s parliamentary body with 12 others, outside the establishment order, a novel scene in the history of modern Lebanese politics.

During the first parliamentary session, in which the opposition MPs participated in the vote for the Parliament speaker and deputy speaker, the opposition was able to demonstrate a dialectical relationship model amongst its base (with all its contradictions) and its MPs (with all their contradictions). This new paradigm attests to a major shift from the habitualized models of “dependency” that Lebanon was home to since its conception.

In the yearning thoughts of the many enthusiasts in modern Lebanese history, a “victory” like the one the opposition achieved in the May 15 Parliamentary elections was possibly never anticipated. A Lebanese Parliament, now with opposition figures within its aisles, is a reality many would have only assumed naive to even consider a couple decades ago.

Navigating the political landscape in Lebanon today, the soul of the opposition is not, in essence, that different from that of the older generations of political activism in terms of will and ideals. For the better part of half a century, many Lebanese progressives set out to endeavor in the political possibilities of uplifting the socio-political limitations of the Lebanese system.

The goodwill of these people and groups had to endure the cruel passing of historical events and tribulations as the country was home to civil wars, sectarian axes, Arab armies, international agreements, militias, political assassinations and economic crises. What remained constant and recurring were the generations who refused to accept the disintegration of the country. The ideal of not affording the luxury to leave remained, and today, it coincides with a real opportunity to seize and impose.

The civil society groups and alliances were able to elect 13 members of Parliament. The 13 MPs, who would represent 10 percent of the parliamentary body, form a loose group, and are yet to realize a common political identity, a unified political and economic alignment.

The opposition is tangibly more like a spectrum. It seems that these parliamentarians came as a result of the revenge voting in the elections, rather than a distinguishable program. The opposition MPs differ in many regards pertaining to economic policy, political reform, banking reform, etc. To some, it is a band set to disintegrate.

However, these factors may not be decisive in undermining the prospects of the opposition, as a whole, working towards a political transition in Lebanon. The opposition in Lebanon attested to its failure and strength prior to the elections a number of times.

In cases where the opposition was unsuccessful, one would draw examples from the recently held elections at the doctors’ syndicate. Scrutinizing the diversity in the opposition has time and again failed. The complexity of the opposition amongst its constituents ought to be accepted for any bid to shake the establishment. An example can be drawn from the 2021 elections at the Order of Engineers, when a coalition of opposition groups won over candidates backed by ruling parties.

The opposition, today as it was before, is always under threat of being undermined by the traditional sectarian system, particularly as the latter would capitalize on the former’s conflating messaging pertaining to pressing issues, ranging from banking sector absolution to Hezbollah leniency. The question of whether these new faces would be able to rise above trivial details of difference as well as the traps of the sectarian regime will be key in the coming years.

If we consider this election result a momentous occasion that necessitates capitalization, these volatile times would strip the opposition of the luxury of mishaps and political mistakes. It would be folly not to address them from the mistakes of the past. Investigating and critiquing the failed experiences of the Opposition Front (“Jabhat Al Moa’arada”), the coalition constituting the Kataeb Party and its allies, serves as a framework to better understand the possible directions this new wave of change could be hindered and undermined.

On that note, one would have to revisit the era of a renewed Lebanese left following the 2005 Independence Intifada, particularly with the directed efforts of Samir Kassir and the Democratic Left Movement. While such a collective provided a transformative discourse in the pursuit of incorporating an understanding of sovereignty which challenged much of the appeasement of the Syrian regime, collaborations with confessional and neoliberal forces undermined the promotion of economic and social justice in favor of a geo-politicized contention. Hence, the current formula to avoid such a contention in order to highlight more local battles.

The added value of more advanced collaborations (such as those which took place during the Parliamentary elections of 2005) is less convincing considering ways in which left-liberal formations were liquidated in relatively reactionary and “unproductive” electoral alignments and parliamentary blocs enforcing pre-2005 client-patron social relations.

In other words, instead of wholly utilizing these alliances as a tool through which non-sectarian activists can diffuse their discourse and pressure their allies, their reducing the confrontation to Syria and its allies rendered the creation of a counter-hegemonic bloc increasingly difficult.

While these debates have induced many differences and obstacles towards forming a unified anti-establishment political bloc, which day by day seems unlikely. The urgency to address specific matters remains the strongest incentive for the newly elected MPs, and so it should prove cardinal in the progression of the opposition in a way by which it had previously failed.

In this new Parliament, Nabih Berri’s maneuvering to secure those few votes attested to a waning grip over the political affairs in this country. The newly elected MPs seem to be sticking together and are open to looking for convergence with the other MPs who also won seats.

Nevertheless, the interconnectedness of raising the ceiling on Hezbollah, alongside tackling many urgent subjects pertaining to the economic crisis, fears of banking sector absolution and the Beirut port blast ought not to be compromised on.

The priority now is to leverage these electoral victories to ensure that Lebanon’s corrupt power brokers do not, once again, extinguish the slender torch of hope, and this has potential given that the vote results showed that neither of the two main blocs that have dominated the country’s political arena in recent years was able to secure the parliamentary majority necessary to rule.

The “ideological battle” is a failed one in Lebanon. The new avenues for many different MPs, unrestricted to the 13 opposition MPs, are wide. The possibility of forming a wide scale bloc is improbable, however this does not appear to be an impediment for deliberation. The Parliament is open for people to work on files on a case-to-case basis where many could find common ground.

The opposition is learning to do realpolitik as the elections proved there may be a healthy distance away from ideology or moral reservations signaling a move towards practical considerations and a renewed, progressive, strong opposition to transform Lebanese politics.

Mohamad HAMDAN is a writer and a political activist.

On May 31, Firas Hamdan, one of the newly elected members of Parliament, entered the legislature’s first session with his hand covering part of his face, a gesture attributed to the October 2019 uprising by which he and a band of MPs rode the wave carrying them to electoral success.Hamdan first gained fame through another picture. He had suffered wounds to the chest by a shot fired from the...