The 'gray' MPs who hold the keys to the majority 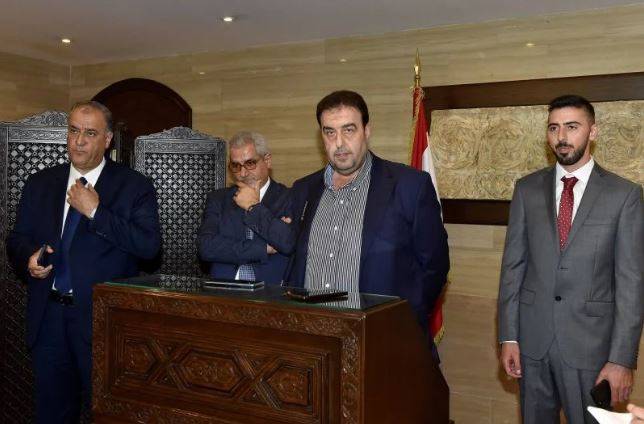 The independent MPs’ support has enabled Hezbollah and its allies to impose its candidates in the elections for the new Parliament’s key posts in its inaugural session.

They are the new Parliament’s kingmakers. The independent MPs proved during Tuesday’s session that they can tip the balance in favor of one side or the other in Parliament with a very narrow majority.

These 32 MPs form the largest parliamentary “bloc.” They are therefore capable of making a difference in any election where one vote can make a difference.

In the first session of the new Parliament on Tuesday, Nabih Berri was able to maintain his place at the head of the Parliament, securing the absolute majority of votes needed for a first round victory thanks to the support of some independent MPs.

Elias Bou Saab, the Free Patriotic Movement’s candidate, also owes his accession to the post of deputy speaker to a significant number of these MPs.

The number two in Parliament, who was elected with 65 votes in the second round, barely the required majority, obtained the support of Michel Daher, independent MP for Zahle, among others.

“I was not convinced by Ghassan Skaff’s profile (Bou Saab’s rival, who lost with 60 votes), since I do not think he has the experience to assume the role of deputy speaker, unlike Bou Saab,” Daher told L’Orient-Le Jour, and stressed that “it is not a political position in favor of the March 8 camp.”

As Bou Saab himself admitted, Daher was one of the first to put his name forward for this post. “I represent in Parliament a sovereignist and independent orientation, irreconcilable with the political trajectory that the country is currently taking,” said Daher, although his vote helped to elect a figure from the camp that has been drawing this trajectory.

Daher also said he is working with colleagues who share his views (such as Michel Moawad, the Kataeb, Neemat Frem and Fouad Makhzoumi) to form a “gathering of a dozen elected MPs of the opposition.

They are not the only independent MPs to position themselves clearly in one camp or another. Others, such as Jamil Sayyed and Hassan Mrad, have sided with Hezbollah, which they consider their main ally.

Race to secure a majority

As these elected MPs have chosen their side, it is not from among them that the various blocs are seeking potential support in their quest for a majority. It is rather among the “gray” ones, those 15 or so parliamentarians that do not have a rigid political and ideological position, at least on the most divisive issues such as Hezbollah’s weapons or the political system, that Parliament’s “jokers” are to be found, and capable of producing “à la carte” majorities.

While it may be difficult to forge alliances from this amalgam of MPs with different interests, the pro-Hezbollah camp is more capable of doing so, as it can offer its occasional allies valuable political rewards in return. This is because Hassan Nasrallah’s party best masters the role of orchestra conductor.

Another example of an independent MP who supported one side at the expense of another is Sajih Attieh (Akkar), who cast a ballot for Berri in the first round. “The bloc of moderates to which I belong has respected its commitments, by voting for Nabih Berri and Ghassan Skaff (for the post of deputy speaker),” said Attieh, and stressed his “opposition to the current system.”

“I am in favor of the establishment of a secular and modern state. Certainly, the presence of illegal weapons is an obstacle to this. But we can’t disarm anyone. There must be a national dialogue and agreement,” said the MP, who ran for the post of deputy speaker before withdrawing at the last minute.

Attieh belongs to Akkar’s Development bloc, along with Ahmad Rustom, Walid Baarini and Mohammad Sleiman. Baarini and Sleiman are reputed to be close to the Future Movement, a party that withdrew from politics since February, as are Abdel Karim Kabbara (Tripoli) and Nabil Badr (Beirut II).

Mainly Sunni, these “guardians of Harirism” do not have a leadership in the absence of former Prime Minister Saad Hariri. “We are close to the political line of Saad Hariri and intend to continue on his path by supporting everything that is in the interests of the state,” said MP Ahmad Kheir (Minieh), without giving details on his vote in Tuesday’s elections.

However, according to several sources, the MPs close to Hariri’s line coordinated with Berri to guarantee his election and that of Bou Saab, in exchange for ensuring Abdel Karim Kabbara’s ascension to the Sunni seat in the parliament’s bureau.

Who voted for Berri?

In the same vein, MPs like Abdel Rahman Bizri (Saida) or Imad el-Hout (Beirut II) found themselves at the heart of all the speculations after Tuesday’s session. Did they vote for Berri, Bou Saab or both?

It is difficult to answer this question, because it was a secret ballot. “Personally, I cast a blank vote in the election of the speaker, and then I rallied behind the opposition candidate Ghassan Skaff for the post of deputy speaker,” Hout said.

Bizri, who according to information obtained by L’Orient-Le Jour, voted for Bou Saab as deputy speaker, said in a statement that he cast a blank vote, but did not specify in which election in particular.

Bizri, who recently declared that he “does not have a problem with becoming prime minister,” could have made this choice to increase his chances of entering the Serail, particularly since he has a technocratic profile, making a name for himself by playing a leading role in the fight against COVID-19. The MP for Saida was out of reach yesterday for a comment.

But Hezbollah is not the only one capable of mobilizing the “gray” MPs in its favor, and will neither be able to be under any circumstances, because each milestone has its own calculations.

This alliance was seen as the outcome of a barter between the different parties, which is supposed to enable al-Jamaa al-Islamiya to win the municipal elections scheduled for next year.

While Naqib ultimately lost, the votes that al-Jamaa al-Islamiya gave to the list resulted in the election of a second Lebanese Forces MP in Jezzine.

As the binding parliamentary consultations to appoint a prime minister approach, the “gray” MPs will have to be much more transparent. Not only because it will be in their interest to form blocs to gain influence, but also because this time the vote will not be secret.

The independent MPs’ support has enabled Hezbollah and its allies to impose its candidates in the elections for the new Parliament’s key posts in its inaugural session.
They are the new Parliament’s kingmakers. The independent MPs proved during Tuesday’s session that they can tip the balance in favor of one side or the other in Parliament with a very narrow majority.
These 32 MPs form...