More strikes planned, Mikati reluctant to return, conflicting statements over Parliament vote: Everything you need to know to start your Thursday

Here’s what happened yesterday and what to expect today, Thursday, June 2 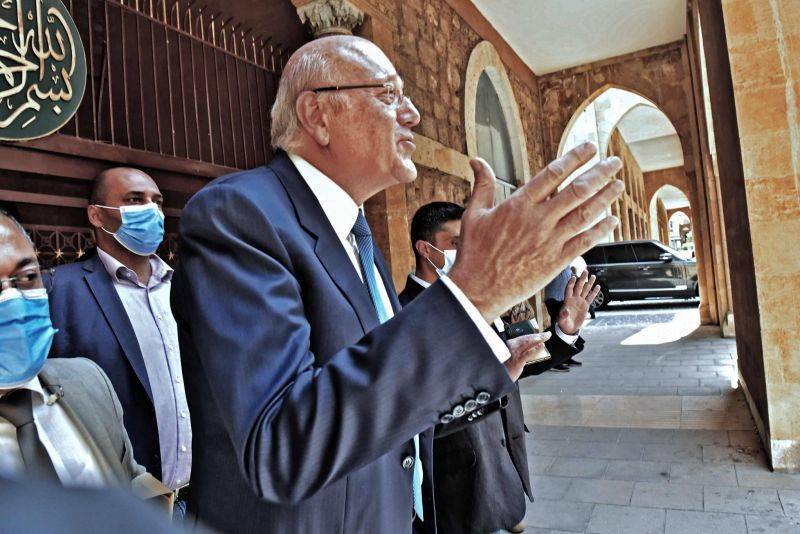 Premier Najib Mikati is seen on Sept. 10, 2021, hours before the announcement of a new cabinet’s formation following a 13-month political vacuum. (Credit: AFP)

In the latest news of the recent uptick in labor actions and protests, the land transport unions have called for a strike on June 23. In a press conference yesterday, the union’s head, Bassam Tleis, said the strike is in response to worsening living conditions of public transport drivers amid Lebanon’s compounding crises. A three-day strike that was scheduled in February only lasted one day before being canceled by the union for unspecified reasons. Tleis, who is close to the Amal Movement, also took the opportunity to congratulate speaker Nabih Berri on his re-election. This comes amid a slew of strikes called for by public sector employees this week and last, including workers at state-owned Télé-Liban and the Beirut airport, as well as by judicial assistants.

Caretaker Prime Minister Najib Mikati expressed reluctance yesterday to take on his role for a fourth term. In an interview on Tuesday with local television channel Al Jadeed, Mikati said he finds the job of forming a new cabinet daunting, “because most of the political discourse revolves around who has a stronger backing than who.” Instead, he pointed to other names who could do the job, including newly elected MPs Abdel Rahman Bizri, Ashraf Rifi — former general director of the Internal Security Forces and former minister of justice — and former economist at the International Monetary Fund Amer Bassat. Mikati also called for the formation of an “exemplary cabinet,” but added that this would be hard owing to the fact that President Michel Aoun wants a majority in the next cabinet. The government entered caretaker status on May 22, a week after the parliamentary elections; consultations have not yet begun to pick a replacement for Mikati.

Contradictory statements were made yesterday by politicians over who voted to re-elect Nabih Berri to the Parliament speakership. The newly elected Deputy Parliament Speaker Elias Bou Saab yesterday said that the Free Patriotic Movement did not vote for Berri’s re-election. However, an FPM deputy told a reporter from local news outlet Sawt Beirut International, upon leaving the first parliamentary session on Tuesday, that some members of the FPM broke ranks to vote for Berri, ensuring Christian cover and a win in the first round of voting.

Families of students studying abroad held a sit-in in front of the Beirut Justice Palace yesterday. Their key demand was the application of the so-called “student dollar law” (Law No. 283), which they said was not being followed by banks. The law, which was approved by President Aoun on April 12, stipulates that banks disperse up to $10,000 to Lebanese university students studying abroad who were registered before the academic year of 2020-21. During the protest, the head of the Association of Parents of Lebanese Students Abroad, Sami Hamieh, asked about the fate of the lawsuits made against banks who have not implemented the law, demanding a meeting with the head of the Supreme Judicial Council.

Lebanon’s central bank continues to hemorrhage money as it attempts to stall the slide of the national currency. Banque du Liban released its balance sheet yesterday, which showed that the amount of lira in circulation outside of the central bank has increased by LL2.7 trillion to LL43.5 trillion since mid-May. This sizable increase explains the lira’s sudden slide in the last two weeks: the more money the central bank prints, the lower the value of the lira. The balance sheet also showed that the amount of foreign currency Banque du Liban holds has dropped by $234 million since the beginning of the May, and it also showed that the central bank may have lost LL6 trillion last month trying to stabilize the currency via BDL’s Circular 161 and Sayrafa platform. Despite its efforts, the lira continued to trade far below the Sayrafa rate of LL24,000, reaching rates between LL29,000 and LL32,000 to the US dollar after strengthening significantly from an all-time low of LL37,700 last week.

In case you missed it, here’s our must-read story from yesterday: “MMFD: Where did it all go wrong?”

Want to get the Morning Brief by email? Click here to sign up.In the latest news of the recent uptick in labor actions and protests, the land transport unions have called for a strike on June 23. In a press conference yesterday, the union’s head, Bassam Tleis, said the strike is in response to worsening living conditions of public transport drivers amid Lebanon’s compounding crises. A...