Our selection in English

Expat voting: the FPM facing a poll it feared

Gebran Bassil’s party said it does not expect the elections, which were held abroad on Friday and Sunday, to end in a surprise 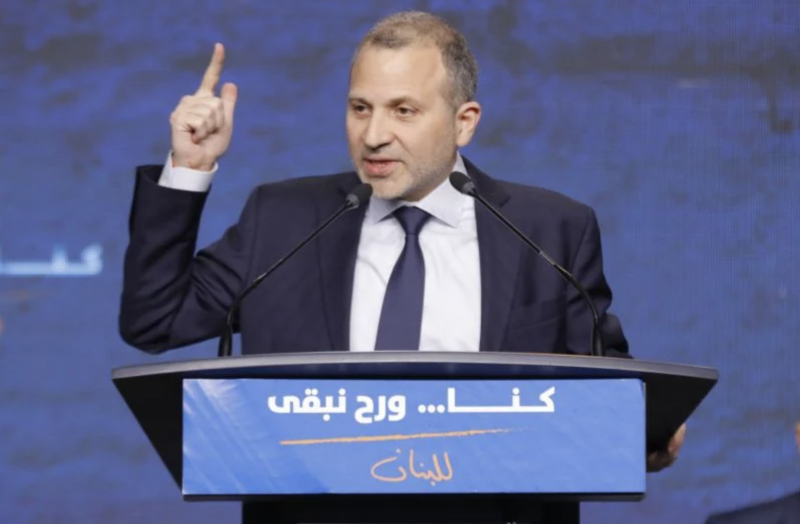 Gebran Bassil during the announcement of his party's candidates for the parliamentary elections, March 13, 2022. (Credit: Marc Fayad)

He tried to postpone the day of reckoning, but with no success. On Friday and Sunday, Gebran Bassil came face-to-face with the election he most feared, while the popularity of his party, and more generally the presidential camp, has been declining since the October 2019 uprising: the vote of the Lebanese abroad in the Parliamentary elections, before voting occurs on May 15 at home.

A few months ago, the Free Patriotic Movement led a battle to have the votes of non-resident Lebanese — including nearly 120,000 Christians of the 225,114 registered voters — limited to only six MPs to represent them in a 16th constituency (representing the six continents), in addition to the 128 MPs that make up Parliament.

This was a battle the FPM lost in Parliament and in the Constitutional Council after filing a demand to invalidate amendments to the electoral law.

More recently, critics of the Aounist movement, including Samir Geagea’s Lebanese Forces, accused the Foreign Affairs Ministry — which Bassil himself led from 2014 to 2020 — of deliberately complicating the expatriate vote, especially in Australia.

They denounced the fact that the polling stations assigned to different family members were sometimes located a several hours drive from one another, which could have made it difficult or even impossible for them to vote.

For the orange party, the challenges are not insignificant: for instance, the constituency involving the largest number of registered voters in the diaspora is the North III constituency — where the FPM has two MPs including Bassil, and which includes the districts of Batroun, Bsharri, Koura and Zgharta.

With over 26,000 registered voters and almost entirely Christian, non-resident voters represent 10 percent of the voting population, which alone consist of an electoral threshold percentage.

In 2018, diaspora voters in the North III constituency chose the LF-backed “Pulse of the Strong Republic” list over the “Strong North” list, supported by the FPM and Michel Moawad’s Independence Party, with 32 percent and 29 percent of the votes respectively.

This time, Bassil is leading the battle in this constituency, which is considered linked to presidential elections, without Moawad, which weakens him even more.

But the diaspora vote was held and around 142,041 expatriates (nearly 63 percent of registered voters abroad) cast their ballots to take part in an election held against a backdrop of unprecedented economic, social and financial crisis, which the presidential camp is perceived by many Lebanese to be largely responsible for. These numbers are provided by the Foreign Ministry, however, there is a discrepancy between numbers from the Interior Ministry and numbers from the Foreign Ministry.

On the ground, anger at the presidential camp was tangible. This is evidenced by the videos that spread on social media, in which voters, especially in Paris, were seen lashing out at the representatives of the orange party, whom they accused of leading the country to collapse.

The FPM’s media office was quick to react, stigmatizing “the attacks on the FPM supporters,” recalling that “freedom is sacred” and that everyone has the right to support the political camp they want.

For Rindala Jabbour, an FPM official, these incidents do not necessarily point at an anti-Aounist tendency among expatriates. “We can’t use what the media shows as evidence of popular discontent. Because what matters most to us are the results of the elections that will be known next week,” she told L’Orient-Le Jour.

“All that these videos show does not mean that we have recorded losses. It is the natural result of a ‘character assassination’ that the FPM leader has been subjected to,” Jabbour added.

On a strictly electoral level, the Aounist movement already made a preliminary reading of the diaspora vote. “The turnout does not require us to expect some surprises, because it does not differ too much from the rate recorded in the previous election,” Jabbour said.

The LF ‘lost the bet’

The Aounist official was keen to point out that historically, her party is heavily represented present in the same parts of the world the LF, such as the United States, Canada and Australia. “The Kataeb is also present to a lesser extent, as well as the groups emanating from the protest movement,” she said. While Jabbour recognized that the LF is the main opponent abroad, she made cutting remarks.

“The election that was held in Saudi Arabia,where only 6,456 of the 13,105 registered voters cast their ballots, or 49.3 percent, proved that those who focused their electoral campaign on the call to confront the FPM and the need to disarm Hezbollah lost their bet,” said Jabbour, in reference to Geagea’s party, Riyadh’s main ally in Lebanon. However, the Foreign Ministry’s numbers differ, accounting for 6,565 voters out of the 13,105 registered.

Meerab circles have a different reading. “Our electoral machine reported a very good turnout among Christians and Sunnis, especially in Saudi Arabia and the Gulf countries, as well as in Canada,” a LF official who declined to be named told L’Orient-Le Jour.

The source said, for example, that the score recorded in France in favor of the FPM is not higher than that of the LF, without providing figures that would support these remarks.

‘He is right to fear the diaspora’

What lessons must the FPM draw from this election? “First, it must be said that Gebran Bassil was not wrong to fear the diaspora vote. Because the expatriates, especially the young people who left the country after the 2019 crisis, want to cast a protest vote against him. This explains the fact that in several countries, voters have voted against the FPM leader,” said Kamal Richa, an electoral expert from Batroun.

“However, the party would have suffered greater harm had the opposition and thawra (revolution) groups unified their ranks,” he added.

Joseph Bahout, the director of the Issam Fares Institute at the American University of Beirut, tempered this interpretation. While he agrees with Richa that Bassil had legitimate reasons to fear the diaspora vote, he said that this interpretation should not be exaggerated.

“All the protagonists, including the candidates of the protest movement, were betting on the diaspora to lay the groundwork for change. But today, Gebran Bassil is reassured, because this will probably not be the case,” he said.

The turnout was not up to expectations, he added. According to him, the expatriates will not be able to tip the balance in one direction or another.

He tried to postpone the day of reckoning, but with no success. On Friday and Sunday, Gebran Bassil came face-to-face with the election he most feared, while the popularity of his party, and more generally the presidential camp, has been declining since the October 2019 uprising: the vote of the Lebanese abroad in the Parliamentary elections, before voting occurs on May 15 at home.A few months...