Electoral list deadline, power plan for polls, AUB to open in Cyprus: Everything you need to know to start your Monday

Here’s what happened over the weekend and what to expect today, Monday, April 4, and this week 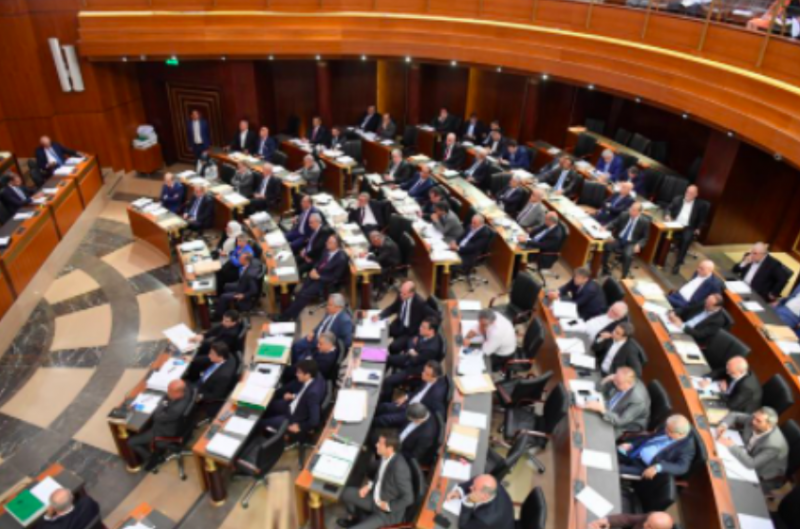 Members of Parliament gathered in plenary session. Today is the last day to register lists to run in the upcoming parliamentary elections. (Credit: Ali Fawaz/Lebanese Parliament)

Today at midnight is the deadline for forming electoral lists for the parliamentary elections scheduled to take place on May 15. The weekend saw a number of lists formed. A joint list by Speaker Nabih Berri’s Amal Movement and Hezbollah was launched in the South Lebanon II electoral district, while resigned MP Neemat Frem and former MP Fares Souaid launched their respective lists in Mount Lebanon I. In the North, MP Michel Mouawad led a list allied with the Kataeb Party in the North Lebanon III district. As candidates find their way onto lists, the Supervisory Commission for Elections voiced concerns in a meeting with the European Union. The commission is in charge of monitoring the elections, but due to a lack of funds, its role has been reduced. Its mandate was renewed after the Interior Ministry failed to form a new commission for this election cycle. In its 2018 elections report, the commission detailed the reasons behind its ineffectiveness, including lack of cooperation from the judiciary, which to date has not issued its ruling on alleged election irregularities in the 2018 polls. Meanwhile, as the candidates and oversight bodies gear up for the May polls, Maronite Patriarch Bechara al-Rai turned his attention during his weekly Sunday sermon to this year’s second anticipated election, saying successful parliamentary elections can guarantee the election of a new president “who is up to the challenges for the recovery of Lebanon.” President Michael Aoun’s mandate ends on Oct. 31.

Electricité du Liban has announced that it will provide $16 million worth of electricity during the elections season this May. The figure is substantially larger than the $12.5 million allocated by the Interior Ministry to EDL for the elections. The announcement follows a Parliament vote on Tuesday in favor of granting funds to the General Directorate for Political Affairs, which is in charge of organizing elections. EDL has been unable to provide users with 24-hour electricity for decades, but the compounding crises of recent years have resulted in a provision of no more than a few hours per day. This deteriorating electricity situation led to the storming of the Energy Ministry on Friday by angry protesters who vandalized the ministry and tore down a photo of President Michael Aoun. The protesters were decrying the increasingly lengthy power cuts which have characterized daily life in Lebanon for years despite the more than $40 billion poured into EDL since the end of the Lebanese Civil War in 1990. In January of this year, Lebanon signed electricity import deals with Jordan and Syria that would increase its supply by up to two hours of electricity a day (250 megawatts). At the time, Energy Minister Walid Fayyad said the supply would reach Lebanon in about two months, but it has yet to materialize.

On Friday, the Association of Banks in Lebanon said that it would fully cooperate with the International Monetary Fund. In a statement, ABL said that it would cooperate with the IMF “so as to serve the interests of depositors, citizens and the country.” Last week banks counter-sued Mount Lebanon Public Prosecutor Judge Ghada Aoun after she froze the assets of six banks and their chairmen, and slapped the latter with travel bans. These along with other judicial measures led to the banks holding a two-day "warning" strike. An IMF delegation is currently on its third visit to the country. On Thursday, it was received by Prime Minister Najib Mikati and Speaker Nabih Berri. The delegation has reported on the progress being made in the negotiations, signaling its willingness to reach an agreement with the Lebanese government even though “important work” remains undone. At the Doha Forum in late March, Mikati said he expected a deal with the IMF in the coming weeks.

The American University of Beirut is set to open a new campus in Cyprus. Phedonas Phedonos, the mayor of Paphos — where the campus will be located — said construction work on the €29 million project is set to begin by July 2022 at the latest. The new campus is set to host computer science, economics and business schools, as well as a school of civil engineering. It aims to open its doors by September 2023 and host 2,000 students. An official launch ceremony will take place at the Markidio Municipal Theater of Paphos on Friday, April 8. The new campus will be named the American University of Beirut—Mediterranean. AUB’s twin campuses were first announced in late last year at the beginning of the academic term by AUB’s president, Fadlo Khuri. According to AUB’s faculty senate meeting minutes, the motivation for opening these overseas campuses was first set out during Khuri’s inauguration speech in 2016, and has accelerated in the last year and a half as AUB’s strategic plan evolved. The minutes also note that negotiations are underway to open another campus in Dubai in the United Arab Emirates. This follows a similar trend among other Lebanese universities. Last week LAU announced that it has plans to open a campus in Iraq.

In case you missed it, here’s a must-read article from over the weekend: “Shortages set to last while we wait for Lebanese generic medicines to fill the gap”

Want to get the Morning Brief by email? Click here to sign up. Today at midnight is the deadline for forming electoral lists for the parliamentary elections scheduled to take place on May 15. The weekend saw a number of lists formed. A joint list by Speaker Nabih Berri’s Amal Movement and Hezbollah was launched in the South Lebanon II electoral district, while resigned MP Neemat Frem and...