The ground is ripe for corruption and clientelism in the May parliamentary polls, election monitors say 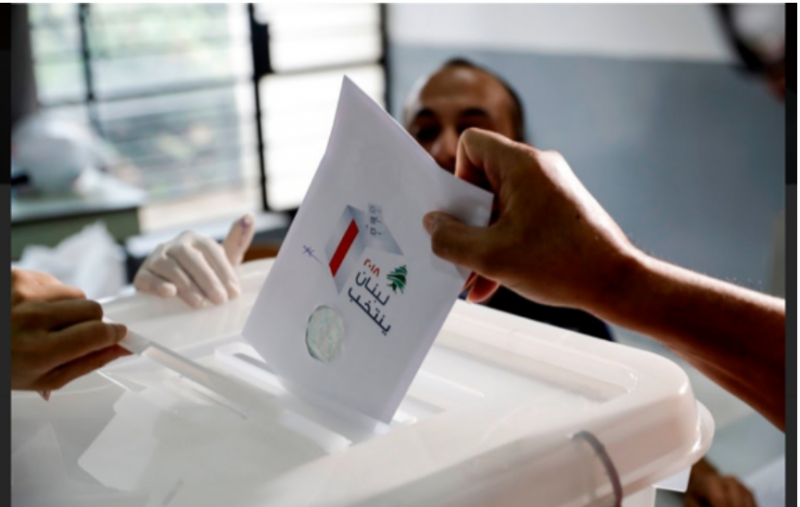 BEIRUT – Two and a half months before its parliamentary elections, scheduled for May 15, Lebanon has not yet taken necessary measures to ensure a clean election, the Lebanese Association for Democratic Elections told L’Orient Today.

The elections come during an exceptional time, amid an unprecedented economic crisis that has gripped Lebanon since October 2019, and after the Aug. 4, 2020, port explosion, which killed more than 200 and injured thousands. Many blame both of these catastrophes on the current political class.

These circumstances leave some to suspect that the popularity of the major political parties must surely have dropped, leading them to expect more electoral violations to take place, as parties might try to compensate for this unpopularity using illegal means.

Likewise, the dire situation in Lebanon has created new opportunities for clientelism and, potentially, vote buying.

Back in July, during the peak of fuel shortages in the country, L’Orient Today revealed that multiple political parties had taken the opportunity to win favor by distributing fuel to their supporters, less than a year ahead of elections. Notably, Hezbollah brought in a number of diesel ships from Iran, and though the fuel they carried was distributed to a certain extent across the country, areas where Hezbollah has support or is hoping to increase its support were prioritized.

Asked whether Lebanon’s economic crisis and the rise in poverty that has accompanied it will cause more buying of votes, a spokesperson from LADE said, “From vaccination campaigns against the coronavirus, to distributing fuel, to distributing stationery to students at different Lebanese universities, clientelism is worsening in Lebanon.”

The spokesperson added, “Although clientelism is widespread in the country and spans back to the establishment of the Lebanese republic, today, amidst the concurrent crises, as well as the state’s failure to provide basic public goods and social services, social welfare are suitable terrain for political contestation.”

“You can’t expect what is going to happen or whether [the ruling political class] are really pressured this time. What is to be feared, in my opinion, is the turnout during the election, as I think a lot of people will not show up at the polls,” Mohanad Hage Ali, fellow at the Carnegie Middle East Center, told L’Orient Today.

Hage Ali explained that there has always been a structural problem within election law that has resulted in the lack of a real political challenge to the prevailing political class. This includes a lack of implementation of financial regulations.

“Let's say someone has external funding, they can benefit from it and that could definitely influence the voting,” Hage Ali said.

“Secondly the media is tightly controlled by the political parties and that would influence what people see, which definitely has an impact,” he added.

Hage Ali also said that another factor that contributes to the deficiency of Lebanese electoral law is that political parties tend to “use state influence to get votes, and this has been the case forever,” meaning that from their positions in control of the levers of power, they are able to manipulate the functions of state in order to improve the lives of their supporters.

The Supervisory Commission for Elections, created in 2017, is tasked in this election with monitoring candidates’ compliance with campaign finance and advertisement regulations, the accreditation of local and international election observers who will monitor elections and media wishing to run paid election advertising. It will also handle adjudication of complaints, supervising the conducting of opinion polls, and promoting voter education.

Experience from the 2018 parliamentary elections may offer some hints of the issues likely to occur this year.

An assessment report done by LADE after the 2018 elections classified them as undemocratic for several reasons, including the fact that the vote was not free, but rather guided under the cover of clientelism. They also said that the electoral law did not value voters and candidates equally in relation to the electoral system, the size of the electoral districts and the regulation of expenditures. The report also stated that the preparation for the electoral process was not neutral, since nominated government ministers managed the election in the absence of an independent Supervisory Commission for Elections.

The 2018 election was also the first time that Lebanese expatriates had the chance to vote. However, LADE documented violations that included pressure from some parties’ delegates in countries such as Gabon, Ivory Coast and the United Kingdom, while in Australia, a 45-minute delay in opening the polling station caused chaos. Likewise, LADE recorded the installation of polling place dividers that did not guarantee the secrecy of the ballot, the presence of some cameras next to the dividers and a shortage of envelopes from some districts. In addition, several loopholes in regulations disqualified some people from voting.

In Beirut’s first electoral district, a questionable incident occurred, in which independent candidate Jomana Haddad was thought to have won a parliamentary seat according to the initial counting of votes, but was found to have lost the following day.

“As internal watchdogs, LADE’s observers noted multiple concerns with the counting process. The vote count was poorly managed. We have noted several elements that suggest possible fraud, and complaints were submitted to the Constitutional Council,” LADE’s spokesperson told L’Orient Today.

Perhaps one of the few positives to look forward to in 2022’s elections is that to date, none of the current cabinet members, who, by law, supervise elections themselves, are running for any parliamentary seat, including Prime Minister Najib Mikati. In the previous elections, LADE noted that 17 ministers, including the former Prime Minister Saad Hariri, Interior Minister Nohad Machnouk, Foreign Minister Gebran Bassil and Finance Minister Ali Hassan Khalil were among the candidates running.

According to LADE, though there has been a push by civil society groups since 2018 for structural reforms to the electoral process, Lebanon has yet to see much improvement, and the organization fears that many of the negative elements of the last elections will again be seen in 2022.

“Unfortunately we are still suffering from the absence of a true political will to ensure democratic and transparent elections, as we are witnessing delays in making some important decisions. For instance, we spent months calling for the establishment of [voting] megacenters without any serious response from authorities,” LADE said.

Last month, President Michel Aoun expressed the need to “create megacenters so that citizens can exercise their right to vote without having to go to their villages far from their place of residence.” This proposal was also supported by Gebran Bassil, Aoun’s son-in-law and the head of the Free Patriotic Movement, which Aoun himself founded.

On Feb. 24, Interior Minister Bassam Mawlawi said that he would submit a study to the government on the establishment of [voting] megacenters. He did so the following day.

“Bringing up the megacenter issue, less than three months before the elections, will pave the way for postponing them under various names and pretexts, including ‘technical’ issues,” the LADE spokesperson said.

Contacted by L’Orient Today to ask about the measures taken by the Interior Ministry to ensure that elections are fair, a spokesperson for the ministry sent a previous statement it had issued, which indicated that Interior Minister Bassam Mawlawi “will work with total transparency and has asked international countries who wish to monitor the seriousness and transparency of the electoral process to come to Lebanon to prove this to the international community and to Lebanese society as well.”

The spokesperson however did not elaborate further on what other measures the ministry will take.

According to LADE’s spokesperson, it is demanded by law that observation delegations like the European Union monitor the elections. “This happened last time and the delegations observed the elections rather than fully supervising them.”

BEIRUT – Two and a half months before its parliamentary elections, scheduled for May 15, Lebanon has not yet taken necessary measures to ensure a clean election, the Lebanese Association for Democratic Elections told L’Orient Today.The elections come during an exceptional time, amid an unprecedented economic crisis that has gripped Lebanon since October 2019, and after the Aug. 4, 2020, port...