Why the Salameh affair is much more complex than it seems 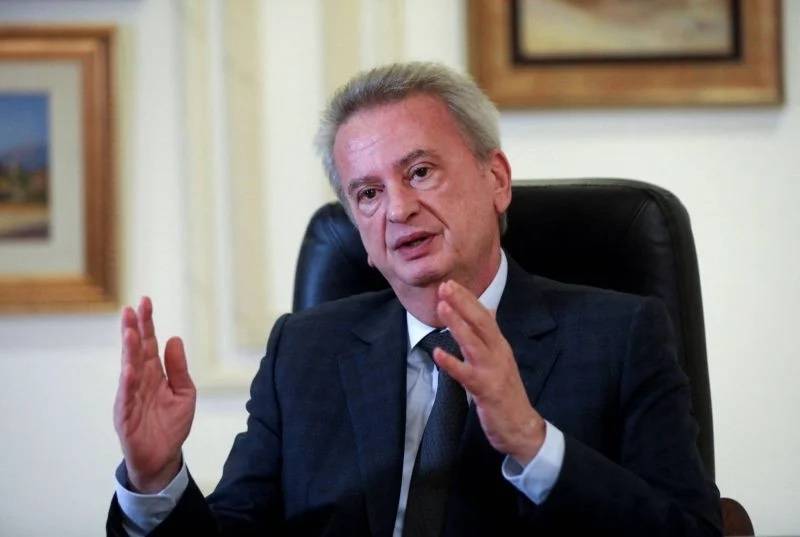 In any other country in the world (or almost any), he would have been dismissed long ago. How, indeed, can someone survive politically through the worst financial crisis in Lebanon's history when he has been governor of the central bank for almost 30 years? How can he maintain this strategic position, which allows him to be a key interlocutor in negotiations with the International Monetary Fund, when he is targeted by judicial investigations in at least four European countries? Is Riad Salameh still a magician? No longer of finance, as he was once seen, but of Lebanese-style politics?

Perhaps. Because if the head of the Banque du Liban is still in office more than two years after the beginning of the financial crisis, it is basically for one reason: Lebanon is not just any country and, here, the fate of the most powerful civil servant of the republic is at stake in a bitter political battle in which private interests, community considerations, demagogic one-upmanship and the will to escape any form of responsibility are mixed together.

Riad Salameh seems both impassive and unshakeable. But his personality, his resilience in the face of any form of criticism, his obstinacy in defending his in many ways indefensible record remain secondary in this case. What makes matters more complex is that the affair in question has three distinct dimensions that both his detractors and his supporters are trying to blend into a single political issue.

The first is purely judicial. Switzerland, France, Luxembourg and Liechtenstein have each opened an investigation into the governor of the BDL on suspicion of, among other things, “embezzlement” and “money laundering.” Lebanon has done the same in response. At the heart of the Swiss investigation, the first to be launched, are transfers made between 2002 and 2014 from BDL accounts to a company called Forry. The economic beneficiary of the above-mentioned company is none other than the brother of the central bank governor, Raja Salameh. We are talking about several hundred million dollars. The BDL governor denies the facts of which he is accused, arguing that everyone “confuses the funds that belong to BDL and those that pass through it.” But after gaining access to contracts between the central bank and a Lebanese bank, Reuters revealed on Monday that for more than a decade BDL had charged commissions to banks that bought government bonds without ever mentioning the actual beneficiary of these transactions: the Forry company.

The Europeans are moving forward and cooperating in this file. They suspect Riad Salameh of having built up a real estate portfolio in Europe with the funds that may have been embezzled. But Lebanon is doing everything possible to hinder the investigation. The magistrate in charge of the investigation, Jean Tannous, was prevented in January from searching several Lebanese banks that host the accounts of the Forry company and then from going to Paris to coordinate his actions with his European counterparts. Prime Minister Najib Mikati, who is close to Riad Salameh, is accused of having interfered in the affair, which he has only half denied.

The secrets of the Republic

We come to the second dimension, political and populist. Michel Aoun knows that his mandate is an absolute disaster. But Lebanon’s president cannot bear the responsibility alone. He needs a culprit, a scapegoat that will allow him to clear his name. Riad Salameh has the ideal profile. He embodies everything that political Aounism has been fighting for years: he is Rafik Hariri's man, but also Nabih Berri's and Walid Joumblatt’s, that “infernal trio” which in the eyes of Aoun is the cause of all the country's ills. Even though he is president, even though his son-in-law has played the role of deputy prime minister for three years, even though his party has the largest number of seats in Parliament, Aoun continues to present himself as the main opponent of the system. And the fact that Riad Salameh is effectively beyond his control allows him to back up this narrative. If he gets Salameh’s head on a stick, he proves to his supporters that he is not afraid, unlike others, to tackle corruption. If he doesn't, he can play the victim of a system united against him.

The closer the elections get, as well as the end of his term, the more he needs this victory. To obtain it, the president has deployed his weapons within the republic — the security weapon, via the head of State Security, Gen. Tony Saliba, who is himself implicated in the investigation of the 2020 explosion at the Beirut port, and the judicial weapon, with the public prosecutor at the Mount Lebanon Court of Appeal, Ghada Aoun. The latter does not hide her sympathies for the head of state and systematically attacks his opponents. This, of course, does not mean that her investigations are unfounded; just that they are politically oriented.

Riad Salameh is still in office because a large part of the political establishment does not want it to be otherwise. Because the man holds all the secrets of the republic. Because the opponents of Michel Aoun refuse to let him win this game to their detriment. Because it would be impossible, in the current context, to agree on the name of his successor, a prospect that worries the United States in particular. Because, finally, the fall of Riad Salameh would symbolize the end of an era, which many, from Nabih Berri to Walid Jumblatt through Saad Hariri and Najib Mikati, fear.

This is the third dimension of the affair, of a symbolic and ideological nature. Since the beginning of the Lebanese crisis, each side has defended its narrative. The crisis is the result, depending on the political orientation of each side, of Hezbollah’s takeover of the state, of political Harirism, of the “American blockade,” of large-scale corruption or of the financialization of the economy. One of these narratives, relayed in particular by a segment of the Lebanese left, makes Riad Salameh the main actor of this crisis. As governor of Banque du Liban, his responsibility is obvious. It is all the more so because he is not a simple executor, he is the architect of the Ponzi pyramid set up on a national scale, the collapse of which is one of the main causes of the economic and financial crisis. It is also because of his behavior since 2019. The BDL governor denied the reality of the facts, suggested that the country was the victim of a foreign plot and encouraged via his circulars a broad "lirification" of deposits (a disguised haircut, in short). However, presenting him as the alpha and omega of the crisis is, if not dishonest, at least limited. The governor cannot be held responsible for the fact that successive governments have not carried out any of the reforms demanded by the international community over the past two decades, nor for the fact that clientelism has become a state religion, nor for the exorbitant cost of the accumulated debt resulting from the deficits of Électricité du Liban (about 50 percent of Lebanon’s debt). Nor can he be held responsible for the climate of permanent instability (linked to government crises, attacks, the occupation of the city center, the war or the risk of war with Israel, the Syrian conflict), which has cost the country a fortune while dissuading potential investors, nor for the diplomatic rupture between the land of the cedars and the Gulf monarchies, whose petrodollars had the merit of keeping the local economy on life support.

To portray Riad Salameh as the main actor of the Lebanese tragedy is not to have understood that the crisis is political before it is economic. But to point out this obvious fact should certainly not contribute to whitewashing a man whose legacy is one of the reasons for the Lebanese wreckage.

In any other country in the world (or almost any), he would have been dismissed long ago. How, indeed, can someone survive politically through the worst financial crisis in Lebanon's history when he has been governor of the central bank for almost 30 years? How can he maintain this strategic position, which allows him to be a key interlocutor in negotiations with the International Monetary Fund,...